For Electric Cars To Be Viable, Charging Station Locations Need To Be Optimized
By Hank Campbell | June 6th 2022 11:17 AM | Print | E-mail

Hank Campbell
One thing electric car owners who have lost the mystique tell you is that you live your life around them. Some report going to a store like Costco to charge their cars, they need new service panels at their house, and one owner famously blew up his Tesla with dynamite rather than pay $22,000 to replace the batteries when they wore out. An article in the Wall Street Journal was by someone excited to rent an electric car for a trip, only to find they spent more time charging it than sleeping.

But, like ethanol, as long as government mandates and subsidizes it, it is here to stay and won't improve a lot, so it would be wise to think about optimizing charging stations. Otherwise we will continue to have cultural theater like owners looking at their watches and griping at someone already plugged in.

The big problem in mass uptake is not just that it won't improve emissions, it is that utilities are often so regulated they cannot improve the grid. An electric car service at a house is equal in load to another home on the grid so they have to be placed carefully for mass consumer use. They are of no benefit if they are not placed based on travel patterns and user demand but right now they are not, they are only based on how little they will harm the grid.

When charging stations are placed based on what will work best for the existing power system rather than the transportation system, travel flow is not considered at all.  Since electric cars are still in the novelty'gimmick/environmental halo stage, users will go out of their way to charge a car but gas stations are placed where users go, and for electric cars to become common they need to be just as convenient. 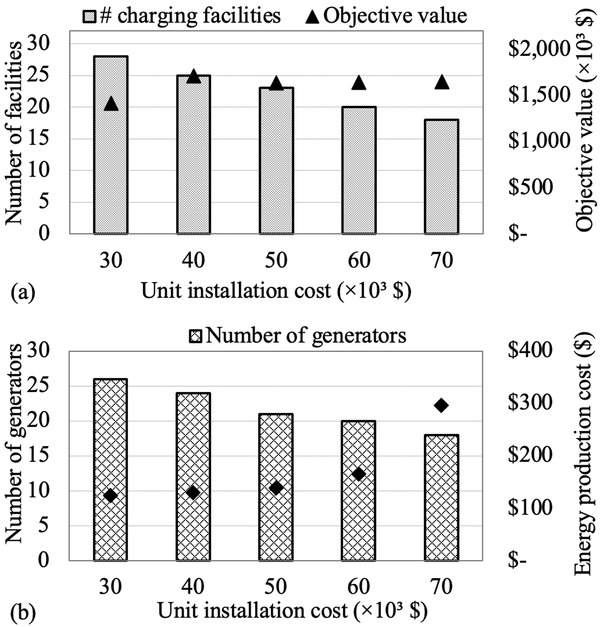 A new simulation hopes to account for power grids, transportation, and user demand. The limitation is what occurs in all models, from economics to political science - if it is just United Nations-style 'splitting the difference' it gives prestige to bad decisions and makes no one happy. The model uses existing power flow and the routes drivers they take when traveling, hoping to minimize travel time for users.

Does it work? The problem with using nonlinear terms and lots of variables is there is no right answer, you can only converge on an answer - and that is predicated on solving the right problem. If I want to know if a bridge will collapse, I am not going to simulate the whole bridge in some super-fine tetrahedral mesh, I will find areas of concern and model those in detail. But with human behavior you have to pick your spots and that is tricky. With electric cars, duration of charging, time of day and even location are in flux because driving patterns are different.

Then there is the energy generation problem itself. Electric car buyers are more literate than organic food shoppers so eventually they will realize that despite $3 trillion in subsidies, solar and wind have not reduced the share of energy produced by fossil fuels. And at least in the US natural gas has joined nuclear as targets of the anti-science left so we have as much chance of building new plants in 13 populous states as we do large astronomy telescopes - not much.

Yet more charging stations with inconsistent usage patterns are going to require greater need for 'reactive' energy generation, which is only possible using 'always on' plants like natural gas. Scientists can solve the math issue pretty well but fixing culture wars is a challenge no one can face.
Science 2.0
More Articles All Articles
About