Forcing Other Countries To Ban Shark Finning: A Bipartisan Conservation Bill Back In Congress
By Hank Campbell | February 4th 2019 05:00 AM | Print | E-mail

Hank Campbell
During the George W. Bush administration, American furniture makers had a crippling disadvantage. While American timber was tightly regulated, foreign supplies had no limitations on where their wood originated from, and could engage in destructive practices and undercut U.S. companies.

President Bush solved that by modernizing the Lacey Act, which was the conservation brainchild of Republicans a century earlier and had been modified a few times since. Under the new law, if a supplier could not show a legitimate trail of legal acquisition, it simply could not come into the U.S.

Modern fisheries have the same import problem, plus a domestic perception one.(1) When it comes to products like shark, American fishers have one set of rules, and it has created the most sustainable program on earth, but importation is a free-for-all. The Magnuson-Stevens Act means responsible shark management but in other countries shark finning is all too common.(2) 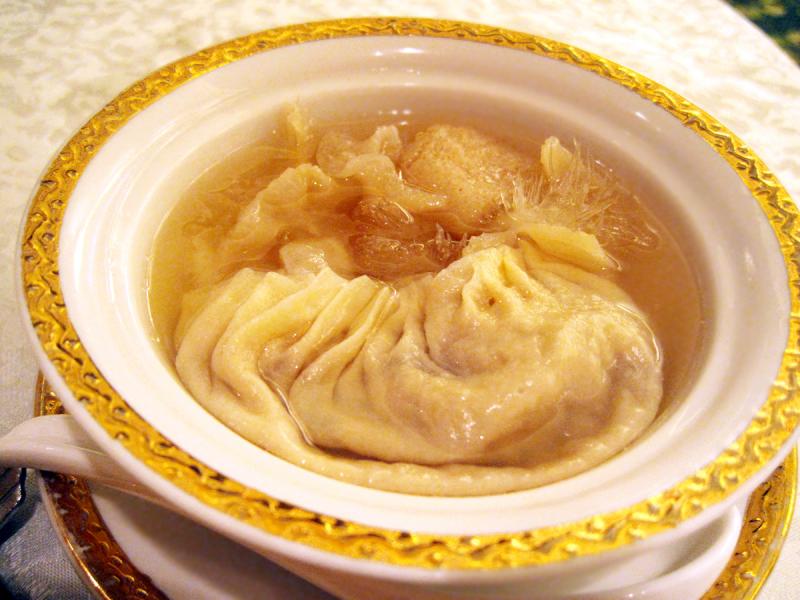 This innocuous looking shark fin soup is made by cutting off a valuable shark fin but then they throw away the other 95% of the shark. The new bill would make importation of shark using this ecological disaster illegal. Imports will have to meet the same ethical and sustainability standards the American fishing industry created. Credit: bionicgrrrl

The Sustainable Shark Fisheries and Trade Act of 2019, H.R. 788, mandates the same science-based management standards for imported products that American fishermen use. The program this bill has been modeled after has worked well for sea turtles and other marine mammals.  Though it is a Republican bill, its support is bipartisan, rare enough for modern politics, but it is also supported by non-profit education organizations like Science 2.0. and the fishing industry, non-ban-happy conservation groups, aquariums and zoos. It almost sounds impossible to have such a diverse consensus, but there it is.

We know other countries are going to give lots of things a free pass. An alarming amount of food imported as "organic" is nothing of the kind. You're probably not eating real wasabi with your sushi, and if you want to believe that Italian olive oil you paid extra for is extra virgin, okay, but you'd better give it a physics test if you really want to know.  Yet this could impact 100 million sharks and make it a lot more sustainable, just like the Lacey Act did to the illegal wood trade.

I'm generally resistant to more government involvement, but organic food has shown us that "self policing" doesn't work there, and tasking some distributors with verifying fish while others charge a lower price by taking the wink-wink compliance of other countries is doomed to fail.

Democrats have a competing bill, which would just ban shark products, but we didn't ban furniture to create more ethical practices in other countries, and that makes no sense here either.

(1) Imagine if a friend of yours said they would not buy farmed grapes, they only ate grapes picked in the wild. You'd rightly note that without farmed grapes only the wealthy would have jelly, and fruit and vegetable farming is a completely renewable sustainable part of ecology. When it comes to fishing, restaurants display faux credibility by touting that they only serve wild salmon caught by fishermen doing dangerous jobs in chilly waters. Farmed salmon is sneered at as inferior product.

(2) In China, shark fin soup is a symbol of status and has unverified claims of magical medicinal powers. It's even less evidence-based than acupuncture. But people want to buy it and it is valuable so they throw the rest of the shark away to conserve weight.
Science 2.0
More Articles All Articles
About