Hank Campbell
In 1227, Genghis Khan, the founder of the Mongol Empire, died, leaving 129,000 soldiers to carry on his war of conquest. But they didn't do it in one unit, his sons and brothers were all given troops. One of the deceased sons, Jochi, had a son named Batu, and after all of his uncles died as well, Batu, founder of the Golden Horde in the western part of the empire, became the most feared Mongol of his generation.

As Temujin had done, Batu's diplomacy was the first salvo and it would be the last without arrows.  When Genghis Khan demanded the extradition of a Khwarizm governor who had attacked a Mongol diplomacy effort in 2019, Shah Muhammad, the ruler of the Khwarizm Empire, sent back the head of the Mongol diplomat. Temujin was enraged, gathered 200,000 soldiers, and under his leadership wiped out the whole dynasty from Afghanistan to Iran, in under two years.

When presented with capture of the jewel known as the city Kabul and all its glory he said, "I see nothing but fields for my horses" and had it razed. All except artisans, artists, and scholars were massacred, as was his way. He loved thinkers and accountants but had no use for soldiers who were not up to his standard.

It's impossible to know if Yaroslavl, 160 miles northeast of Moscow, did something special to enrage Batu Khan or if the people left over after a routine attack in the Khan's war against Yaroslav II of Vladimir were just inconvenient. They were slaughtered in 1238 either way. Three hundred bodies was a relatively mild massacre for the Mongols, and the Russians if we are being blunt about it. 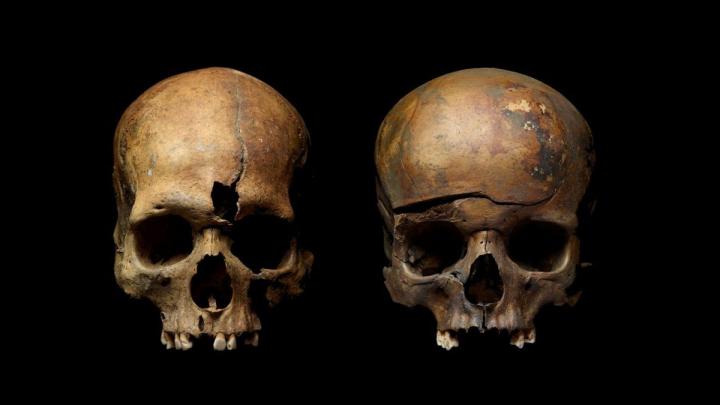 A violent death as seen in skulls from a mass grave in Yaroslavl, Russia. Credit: Institute of Archaeology, Russian Academy of Sciences

But one grave was interesting because a recent analysis shows the bodies were treated in a way others had not been. Most mass graves were just in basements of buildings but grave 76 in the inner city citadel was specifically dug. It contained 15 men, women, and children, some related to each other, well decomposed by the time they were interred, entomology showed. Most were stabbed, a few burnt. Since they weren't buried until later it likely meant they had been dead in the snow for some time.

Among them were a grandmother, mother, and her adult son, which showed signs of spina bifida. They also had greater tooth decay. Dental hygiene was uncommon but higher levels of tooth decay often meant a high level of sugar, which means they were probably wealthy. And yet despite being in the middle of the citadel they seem to have been left for months before being placed into a burial pit. So they were important enough not to be thrown into a basement or burnt out building but had not been buried until months after their deaths.

Left: blowfly larvae found in the mass grave. Right: graphic reconstruction of the individual from burial No. 79 Credit: Sergey Nikitin/Institute of Archaeology, Russian Academy of Sciences

I wrote Dr. Asya Engovatova, deputy director of the Institute of Archaeology at the Russian Academy of Science and head of excavations at the Yaroslavl site to ask if she had any opinions on why it took so long. She replied it was likely due to manpower, as in perhaps cleaning was done when people had time and they worked from the outer parts in.

As was the Mongol way, the animals died in much the same way as wealthy people, soldiers, and children. Cut down and then the whole area was set on fire.

'Nothing but fields for my horses' seemed to be an effective strategy. Theodor Vsevolodovich, Grand Prince of Vladimir who took the name Yaroslav II, came to power in the region having run the Lithuanians and Teutonic Knights out of Novgorod and Kiev, but he was no match for the Golden Horde. In 1243, he asked Batu Khan for peace and was willing to pay for it. He returned a hero because he got the respite the embattled Russian state needed. 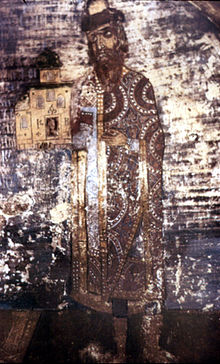 His son, a young Alexander Nevsky, who would go on to become one of the most important generals in Russian history's most difficult time, was likely inspired by both his father and Batu Khan. He became a national hero by befriending Sartaq Khan, Batu's son, leaving his soldiers free to defeat the German and Swedish.
Science 2.0
More Articles All Articles
About