Hank Campbell
Board games, where you play on an actual board, were once common in every household. Games have a long history, thousands of years, but board games took off in diversity in the 20th century, thanks to "Monopoly" and then others.

It's impossible to predict the future so they may never again reach the peak popularity they once had, or they may stage a resurgence as young people want to take a break from an increasingly digital society. They may even become bigger than ever. I never once played Texas Hold 'em as a young guy in Pennsylvania but in the 2000s it took off nationwide and has now become the most popular form of poker.(1) My kids have never played draw or stud but I showed them how to play Hold'em.

I have a lot of board games. Sadly, most of them are little used, or even not opened at all. Though I share a love for them, my kids do not. 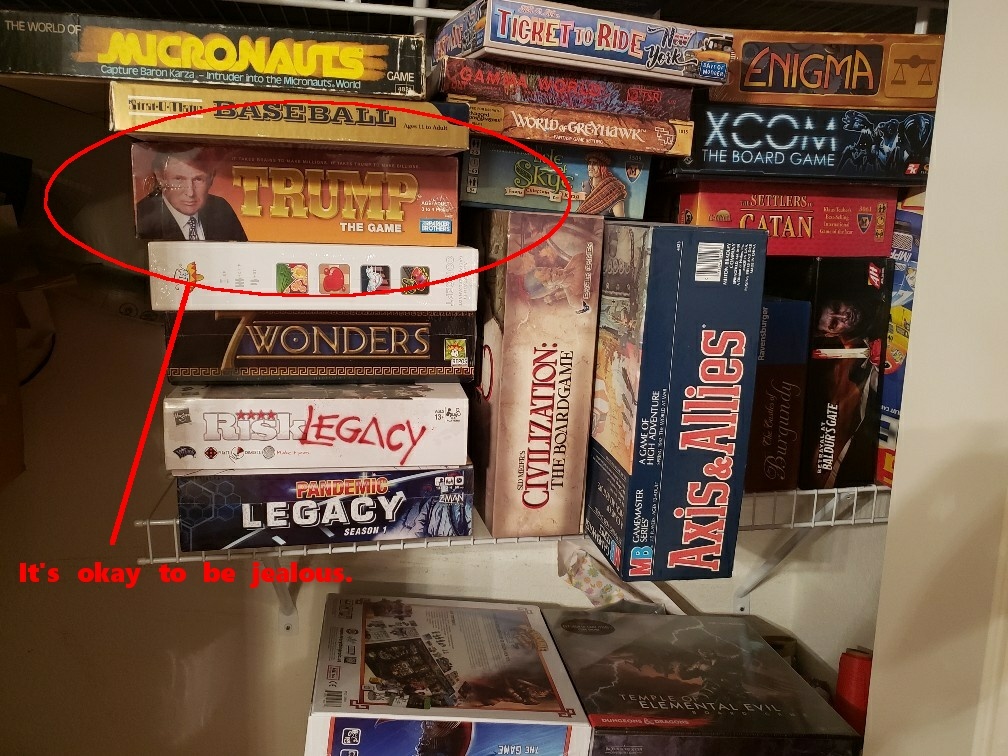 One shelf anyway. The regular Risk, Monopoly, et al. are in other cabinets.

Maybe it's Discord and YouTube that keep them from the indoor analog table top world. Or maybe it's weather. In a recent analysis of the best places to play board games, you can't find the usual political skew - number one is a Republican city, number two is Democrat. Number four has the fourth highest percentage of LGB people, while number one is not even close to the top five for that demographic. What eight of the top 10 share is ... winter. From Cincinnati to Portland, winter cities dominate interest in board games. My home in sunny California may be the reason November through March don't lead to more board gaming.

So if you want to find community board games, maybe go to Salt Lake City. But the coffee will be better in Austin. 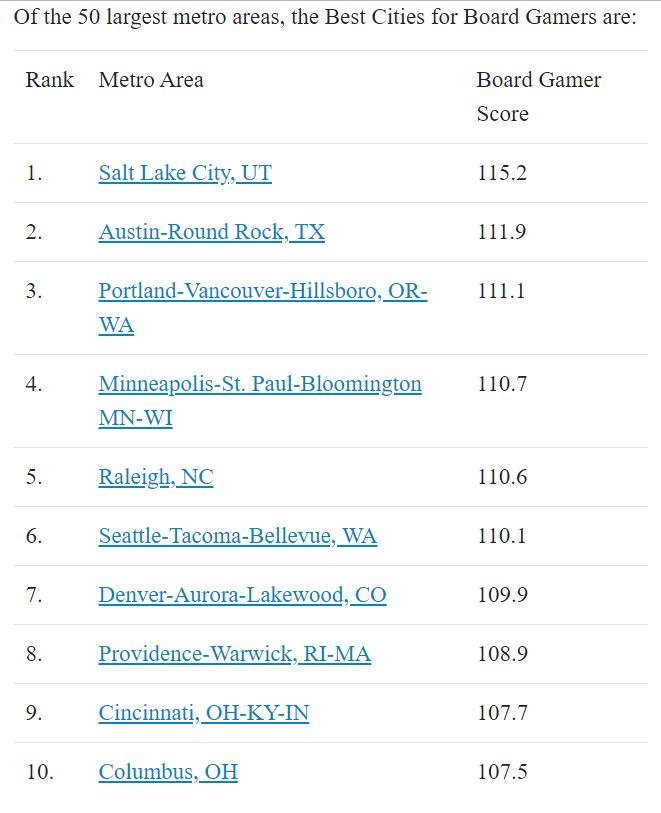 (1) It was so unheralded so one is really sure when or where it was invented, the Texas legislature's claims aside. In movies, I can only find an early reference to it in 1998's "Rounders", but it was the star because it showed poker in general as skill rather than the usual game of chance. That movie led to a blip in popularity but then the World Series of Poker being televised sent it into the stratosphere. Board games got their own show also, TableTop, but it was on YouTube, not ESPN.
Science 2.0
More Articles All Articles
About