Men Who Drive An Audi Were Going To Be Victimized By Social Psychologists Eventually
By Hank Campbell | February 4th 2020 08:26 AM | Print | E-mail

Hank Campbell
If you have never heard of the Journal of International Psychology, you are not alone. Bizarre social psychology claims hit their apex in the early 2000s but began to descend into self-parody after that, with claims such as your personality type determines what kind of car grill you buy, liberals are more intelligent than conservatives, and that humans evolved to like black women less. (1)

After exploiting the New York Times on too many occasions to count (their defense of Reiki as cancer cure, astrology, acupuncture, and all other things Goop is not new), social psychologists were finally busted for fraud by young scholars who thought they might be going into a science field and discovered it was all made up. (2)

This publication wants to erase that stigma and the first way is to get media attention, so it's smart to title a paper in a way that people will want to believe, like "Not only assholes drive Mercedes."

The paper originated in just the way you expect social psychology to originate - an anecdote a social science person wants to believe. In this case, Jan-Erik Lönnqvist says he thought people in nice cars were more likely to go through red lights. With the closest thing he needed to a hypothesis, the paper set out to find data to match. Obviously there can be no null hypothesis for something so broad, it is why most psychology papers not only can't be replicated, they can't even be peer reviewed. They are overwhelmingly just surveys.

But at least this was not just surveys of undergraduate psychology students, which dominate published papers. This was nearly 1,900 Finnish car owners had their survey responses run through the Five-Factor Model of Personality, where they were subjectively graded for openness, conscientiousness, extraversion, agreeableness, and neuroticism (OCEAN). Their incomes were self-reported, as were their cars, and the status attributed to various makes of car was done by a panel of 13.

They determined that unethical driving behavior was not due to "the corruptive effects of wealth" (a phrasing choice by the scholars which carries its own virtue signaling warning sign) but that their dis-likable personality traits made them choose the car and drive like jerks. 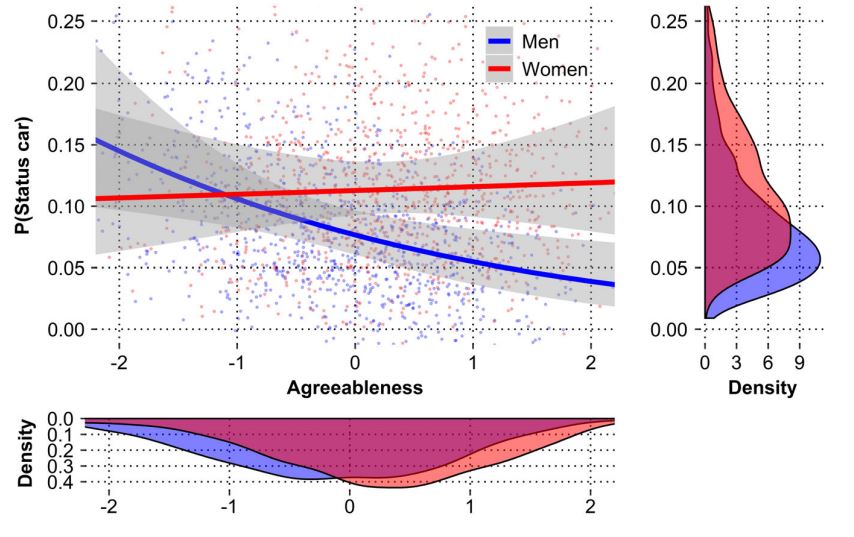 What about those people who buy Audi because it's supposed to be safe and reliable? Social psychology has an answer for that also. It has an answer for everything, the whole field is a deus ex machina for behavior. The answer is that such men want to send a message that they are elite about reliability rather than simply money. What about women? Sorry ladies, a field that once claimed you evolved to go to the mall says you are only driving like a jerk if you buy a BMW and are a man.

Women are not off the hook on everything, though. Psychology is over 70 percent women and University of New Mexico psychology professor Geoffrey Miller said if grad students are overweight they wouldn't have the willpower to finish a doctoral program.

(1)  No, really. Psychology Today eventually took it down after the blowback and the school where Satoshi Kanazawa worked put him on ice from writing unless it was preapproved. 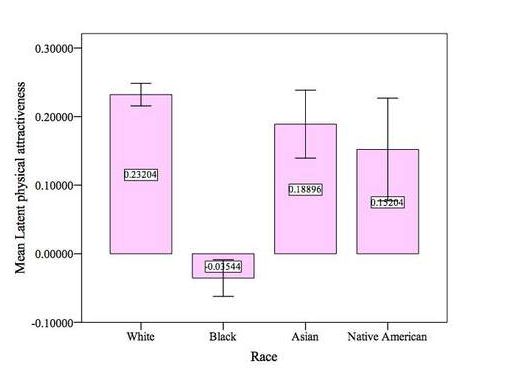 It's probably archived somewhere, and you can enjoy his gibberish about how how he did "factor analysis" of survey responses before wandering into what I call "science by helping verb" - using modals like can and might to promote things for which you have no real evidence:

(2) Other social psychology findings: We have better manners if a wine glass is on the dinner table, scientists with messy labs were more likely to be bigots, I can go on but at some point I feel like I am bullying them, and they will find a way to blame my car.
Science 2.0
More Articles All Articles
About