Mental Health Disorders Are Not Like Measles, Which Makes It Difficult To View Them Using A Medical Lens
By Hank Campbell | August 6th 2019 09:38 AM | Print | E-mail

With two recent mass homicides, one by someone who endorsed "white supremacist" views and one that supported "Antifa" violence, the search is on for commonality between two people in opposition to each other in many ways. One commonality is skin color but there is no biological hypothesis for how melanin might increase violence. There certainly are not a lot of women doing these shootings so the chromosome correlation is one of the questions that needs to be asked.

However, a history of mental illness is common in almost all cases of mass violence.

Given that, it may seem like that is the obvious place to start but it's not that simple. Psychology is not yet science and even psychiatry falls short. A recent report stated that the widely used Diagnostic and Statistical Manual of Mental Disorders, 5th Edition: DSM-5 was 'scientifically meaningless' for diagnosis. Medicine is far older and therefore more straightforward. Patients express a symptom but medicine is no longer limited to symptom-based treatment so a doctor investigates to look for causes and devises an appropriate treatment. 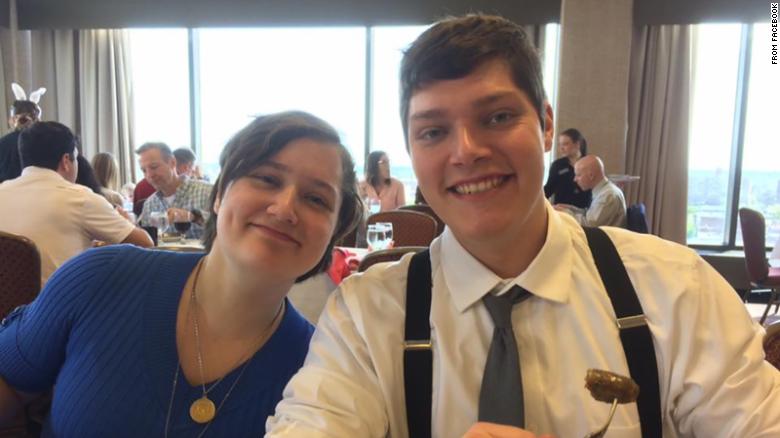 Megan Betts, left, was one of nine people killed by Connor Betts, right, her brother, in a mass shooting in Dayton. During his time in school he had compiled a "kill list" for boys and a "rape list" for girls, which got him reported to police. Image provided by CNN.

Mental health issues, however, remain very much symptom-based. Diagnosing mental-health issues may seem like they should be straightforward - and they can be, a "rape list" is pretty obvious - but documented precursors like that are rare. In most cases understanding, classifying, and diagnosing psychiatric phenomena is more art than science.

Yet it is being treated like it is science even though that's often not so. Mental disorder diagnoses are more common than ever, in the young and the old, but treatments have not kept pace. A new paper highlights similarities and differences in the ways that the International Classification of Diseases (ICD), DSM-5, and Research Domain Criteria Project (RDoC) classify mental disorders in order to outline the hurdles they face. One obvious problem is that 'mental disorder' is now a broad range of issues and therefore so are potential causes, from genetic, individual, or sociocultural factors. There is as yet no way to create real causal pathways. That means treatment is an individualized approach, where you keep trying things until hopefully something works.

The authors of the new paper are concerned that as the field has moved to create categories and symptom thresholds for disorders it has 'constrained' how they think about individual outcomes.

"It's so tempting to think, 'If we could only zap out this one gene, schizophrenia would be gone from the world.' But my prediction is that as we learn more, things will also be revealed that are even more complex than we can imagine," says researcher Dr. Lee Anna Clark. "At the same time, there's no question that we know so much more than we did even 25 years ago. And what we know can get us a very long way toward helping people even if we don't understand all the little ins and outs."

Crisis often leads to inflection points in discovery. War World II, a time when real fascists - not the kind people accuse each other of being on Twitter when they disagree - were a threat, set off a boom in science and technology that is still felt today. Mass gun violence is reaching crisis levels, and some of that is due to "copycat violence", itself a manifestation of a mental disorder. Breakthroughs can't come soon enough, but first the ability to diagnose what is a real threat to everyone versus a personal struggle will have to get a lot more scientific.