My EPA Comment On IARC Monograph Leader Kurt Straif Being Nominated To The Science Advisory Committee On Chemicals
By Hank Campbell | January 3rd 2019 10:04 AM | Print | E-mail

Hank Campbell
The Environmental Protection Agency has requested comments on proposed ad hoc participants on the Science Advisory Committee on Chemicals, which inside EPA will analyze compounds as needed by the Toxic Substances Control Act. At the bottom is my official statement.

Though a few of the submitted names are problematic, one is alarming - IARC (International Agency for Research on Cancer) Carcinogen Identification and Evaluation Monograph Program leader Kurt Straif, who is also a fellow at the activist group Ramazzini Institute, where Executive Council President Philip J. Landrigan routinely serves as an expert witness for various plaintiffs' lawsuits against the chemicals he helped get an IARC carcinogen classification.

Ramazzini, which for members has been deemed by legal watchdogs "an advocacy forum for their pro-compensation and aggressive regulation views on social and political issues involving occupational and environmental health" can scare anyone about anything. Cell phones, artificial sweeteners, you name it and if statisticians can correlate a link between it and a disease, Ramazzini and IARC will put a cancer label on it and then cash checks from lawyers. 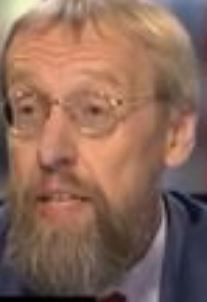 They already have outsized influence in American policymaking. Linda Birnbaum, director of the U.S. National Institute of Environmental Health Sciences (NIEHS), is a member and has so far survived numerous conflict of interest charges, which is how government continues to promote homeopathy about air quality when we have the best air quality in the world in terms of actual pollution.

Straif is Head of Section of Evidence Synthesis and Classification of the International Agency for Research on Cancer but he even believes DDT can cause cancer, in defiance of every reputable science body in the world. Despite the fact that formaldehyde is produced in our bodies, he insists it is harmful in even lower levels in foods, so diet soda is killing us.

A weedkiller, glyphosate, with no plausible biological mechanism to impact anything but plants, is a human carcinogen, he claims.

That is why he is a favored epidemiologist by trial lawyer groups and the environmental NGOs they prop up.

His claims never pass the simple four word test toxiciologists, biologists, chemists, and investigators use when statisticians come up with kooky claims; where are the bodies?

They don't exist. Cancer has gone down since the invention of all those things. It remains a lifestyle disease, most often related to smoking and obesity/fitness, and then it has a genetic component. Environmental causes are so small they are accident.

There is nothing to be done about IARC at this point, they appointed a new leader who is so much an Old Guard insider she is married to a member there for 30 years, but we can still prevent EPA from being overrun by similar political activists.

If you agree that EPA science should not be hijacked by expert witnesses for environmental trial lawyers, you can comment until January 14th. It says it has no comments because of the government shutdown but they are being received.

RE: Docket ID No. EPA-HQ-OPPT-2018-0605 FRL-9987-41 83 FR 64341 Document Number: 2018-27155 Request for Comments on the Experts Nominated To Be Considered for Ad Hoc Participation and Possible Membership on the Toxic Substances Control Act (TSCA), Science Advisory Committee on Chemicals (SACC)

We applaud the progress being made on the Toxic Substances Control Act (TSCA), Science Advisory Committee on Chemicals. As scientific progress continues and new products come to the marketplace (or legitimate concerns about existing ones need further study) it is vital that the public regard EPA as the first line of defense to study compounds of concern while making sure that useful safe products are not undermined by environmentalists who hunger for new products to scaremonger.

That is why IARC Monograph leader Kurt Straif is a problematic candidate for inclusion in SACC and should not be approved.

This needs to be a body considered as ethically neutral as possible and Dr. Straif's work for trial lawyers promoting court cases against common chemicals that are portrayed as endocrine disruptors at trace levels, in defiance of the fundementals of biology, toxicology, and chemistry, instead looks like trial firms will have a "fox in the hen house."

The Toxic Substances Control Act is a vital resource for separating true health threats from health scares and we endorsed the Lautenberg Chemical Safety Act modification. We also wrote an analysis of the first 10 chemicals under scrutiny. That is why we express our concern that members not be chosen based on "credentialism" when IARC (International Agency for Research on Cancer) has shown to be overrun in the last decade by statisticians who have no interest in true chemical safety, but instead, like Freedom of Information Act documents showed about fellow IARC member Chris Portier, get on groups in order to sway votes and then sign expert witness agreements with law firms poised to sue.

Since nominees can participate in SACC’s peer reviews of the EPA’s risk evaluations for chemical substances under TSCA. and even be considered for TSCA SACC membership to fulfill short term needs when a vacancy occurs on the chartered Committee, Straif's inclusion would be a sign that EPA is abandoning its efforts to reduce "secret science" - Straif quite literally changed IARC document verbiage after the Working Group analysis was concluded and held numerous secret meetings to insure that the results were framed as being beneficial for his prospective clients.

That is why wrong message to send to the public. IARC is already in the midst of turmoil because of their scandals and allowing their members to migrate to evidence-based organizations will only allow participants to repair their reputations. It will not help public trust in EPA science.

Founder of Science 2.0, the world's largest independent science journalism community, with over 300,000,000 readers.
Science 2.0
More Articles All Articles
About