Newborn Mothers Get Too Many Opiods, Claim Osteopaths, Then They Circulate Them In Their Community
By Hank Campbell | August 14th 2020 10:10 AM | Print | E-mail

Hank Campbell
The 'teach to the protocol' environment created by government and insurance companies has removed much of the critical thinking in modern medicine, and a new paper suggests even more regulations are needed.

It suggests that absent control, doctors are giving prescriptions for postpartum pain in new mothers containing a few too many pills. And those 7-9 extra pills, they claim, may lead to opioid addiction.

They proceed from a basis in fact. For many young women, childbirth will be the first time they are exposed to prescription pain medication. There is an opioid problem in America. Yet no real evidence shows it's a problem created by doctors. There has been recreational substance abuse since recorded history began. It's simply that you can't fake having cancer but you can fake having pain. And doctors are in the business of helping people. Sometimes people get addicted like they do alcohol, cigarettes, or gambling. Sometimes they get addicted and then fool doctors into giving them prescriptions. 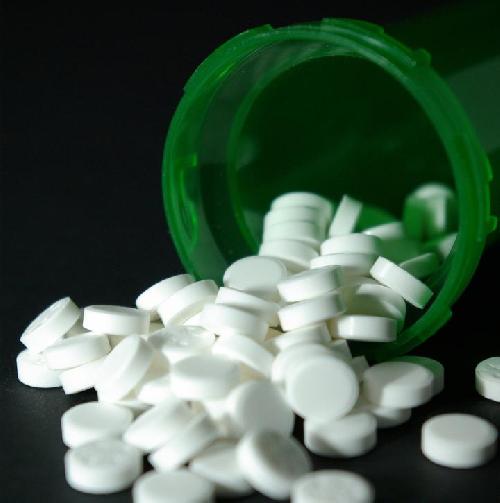 But are new mothers pain junkies waiting to happen if they get a handful more pills than they need? It's the opposite. If they were suddenly pill addicts there wouldn't be any left over. They would use them all and want more. There is certainly no conspiracy by insurance companies or doctors to line their pockets over-prescribing medication, despite claims we see by wacky osteopaths like Joe Mercola, DO.(1) Doctors are not wired that way; no one goes through all that training hoping to be a toadie for a pharmaceutical rep.

The authors of the paper try to suggest causal arrows by putting a lot of statistics in the same place - Oklahoma is some nexus of drug addiction? Why do pill mill doctors move there instead of in places where there is less competition? It doesn't make a lot of sense - but their conclusion also does not add up.

There are societal factors at work that are not part of a conspiracy, and times when doctors have to succumb to the real world; tests, new examinations, and medicine for a non-specific symptom patients insist they have. Doctors are not casually throwing out prescriptions like candy, nor are they scheduling tests they don't think people need for profit, but it is true in some cases they more often give patients new tests or are checking off other "precautionary principle" boxes - in order not to be sued.

Malpractice insurance isn't the biggest non-medical cost in health care, defensive medicine for the inevitable lawsuit is. Including in female health. We live in a free-range tort culture where 74 percent of obstetricians and gynecologists will face malpractice claims by the early age of 45; 78 percent of all malpractice claims find no fault, it was simply lawyers prospecting for easy settlements. In that kind of environment it's little surprise doctors are told to be conservative and "believe" the patients or to run "it's not Lupus" tests though they know you don't have that, and that "chronic" Lyme disease and "GMO allergies" don't even exist.

Defensive medicine, in a nutshell, is when doctors are told to run, or are implicitly biased toward, unnecessary tests or treatments in order to check off boxes in case they get sued by predatory lawyers. Which they probably will, within two decades of practice, no matter how well they do their jobs.

As an added wrinkle to defensive medicine, pain is subjective. Your threshold for pain may be much stronger than mine.  Do you want to be the doctor involved in a story framed on Twitter as claiming a new mother's pain is "all in her head"? She probably is in pain, and because pain is subjective, and being a new mother is trying enough, you are not going to undersell it and, given regulations on opioids, make her go back through the whole process again in three weeks when your expertise says she needs a month of pain medication - just because of a population statistic compiled by those who know nothing at all about this patient.

A handful of many pills is not reason to saddle doctors with more regulations than they already have. The early response to the coronavirus pandemic was such a fiasco because so much of health care is already under too much centralized control. A California teaching hospital couldn't even get CDC to send a test for coronavirus unless the hospital proved the patient had the disease. When CDC finally got out of its own bureaucratic way, career government employees sent tests with faulty reagents, so they were useless.

Medicine does not need more of that, even if a paper claims that statistical wobble in the number of pills given to pain patients suggests they do.

Even mothers who went through a cesarean section - actual surgery - were only over-prescribed by 7.5 pills. So few pills is not "causing" addiction but the osteopaths behind the paper have a ready answer for that; they insist in their press release that these 7-9 unused pills end up "circulating in their community."

Do you think new mothers have time or the desire to hand out their medicine to recreational drug users?

It's easy to cobble together statistics and then claim you're just reporting the data, but no epidemiological claims work that way. Every correlation created began with a belief, so the belief of the authors(2) may be that pain is "all in the head" of new mothers. Or M.D.s are stupid and need regulated.

During COVID-19, we're supposed to trust the medical community more than ever. Yet at the same time criticizing the science and medical community, and certainly drug companies, has become lucrative for epidemiologists and demographers who write papers taking statistical wobble, like 7 pills too many, and claiming it's evidence of a crisis.

We need to fix the pandemic first. After that, we need to fix a culture where it's become easy to accuse doctors of being lazy, stupid, or outright frauds when it comes to doing their jobs.

(1) Even Center for Science in the Public Interest, which legendarily hates science, has criticized wealthy osteopath Joe Mercola, DO, for promoting the kinds of magical treatments for coronavirus that journalist Chris Cuomo and his wife endorsed during their bout with COVID-19. CSPI may claim coffee causes breast cancer if the lawsuit looks like it will generate a lucrative settlement, but  they don't deny the existence of viruses.

(2) Osteopaths, a PhD, and one M.D.
Science 2.0
More Articles All Articles
About