Hank Campbell
Are Proud Boys and Antifa fighting each other 'to oppose fascism' a product of the COVID-19 pandemic? No, militant groups have always attracted people with pathologies who just need a reason to be violent, but pandemics do cause social unrest, at least historically.

There is a lot more isolation than in past pandemics but also a lot more community around SARS-CoV-2, the 2019 form of the coronavirus that has locked up most developed countries. Unlike the past, where nature was just trying to kill us, and the randomness of it all caused panic, people know where it originated and how. We know how to mitigate it. We are equipped to try and help those with co-morbidities. A lot of people have died, no one downplays that, but a lot fewer than in any pandemic ever.

No one talks about the 1957 H2N2 Asian Flu, for example, even though it killed 20 percent more people than COVID-19 has, and  while death counts in the U.S. may not be accurate they are more likely to be over-reported than under in 2020. In 1957, it was definitely under-counted. It was just the flu, and older people and those with respiratory issues are at far greater risk. It is why for all of Science 2.0's existence we have told people to get a flu vaccine. Yet because the flu is annual, half of the public dismiss the idea of getting a vaccine even though just a few years ago 60,000 died in America. 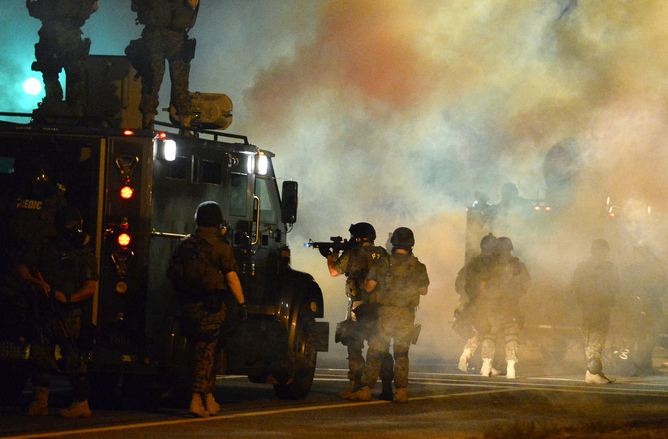 Portland 2020? No, Ferguson, Missouri in 2014. Protests have always happened, but history shows it could be a lot worse if lockdowns continue in order to sway election results. Photo: EPA/Larry W Smith

Did over 1,000,000 dying from the 1957 Asian Flu cause unrest? Not really. People still went to work. People still went to bars and restaurants. Yet the Spanish Flu 100 years ago did cause some unrest, because government was incompetent, as did the Black Death hundreds of years ago, though because it was believed the poor were the vermin, not the actual vermin. A new paper looked at 57 epidemic episodes and while the evidence is only anecdotal, one trend is clear; social instability occurs and social authoritarianism becomes more acceptable.

Some governments, on the state and national level, are more social authoritarian than others. California, for example, maintains strict control over its population, but voters overwhelmingly prefer strong centralized government so it causes no backlash. California policies enacted in Wyoming would fail, though, because the public won't allow it. On the national level, political activists exploit the situation for their gain. The U.S. President was criticized for doing too much when he cut travel from China, he was essentially blaming immigration, his opposition claimed, before then claiming he did not do enough by not banning everything and instead listening to the World Health Organisation. He was not following the science, they charged. Yet then he was following it too much when he mentioned a paper from a prestigious peer-reviewed journal that correlated an off-label malaria drug to potential benefit. The same epidemiological correlation that his opponents want to be judge and jury over science inside EPA.

You get the idea. Epidemics often rearrange culture and in an election year, political machinists will seek to rearrange it for their side. Nothing new there. But both sides need to read history. Whoever wins in November is going to face a problem they cannot dismiss by claiming they care about people; unemployment. Giant chunks of the service industry have gone bankrupt and more will follow. And we do very little manufacturing in America. Government policies will increasingly be in conflict with the interests of the public, while being tone deaf to the reality that government employs more people than the manufacturing sector - and only government employees will still be getting paid. 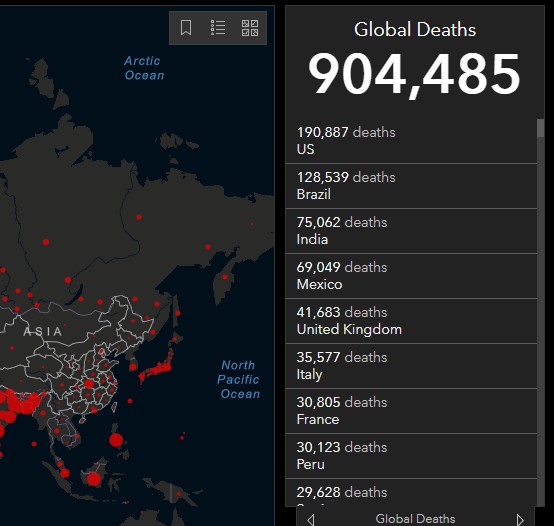 Do you believe that the U.S. has 50% more COVID-19 deaths than poverty-stricken Brazil, and 2500% more than all of China? In the world of immunological reality, either the U.S. is over-counting in that American Exceptionalism way the U.S. has to be more important than everyone else, or the rest of the world is lying. Distrust of the numbers is why one group of dissenters - government conspiracy theorists - grow during pandemics.

Even officials in states that claim to want to reduce inequality, like California, are going to cause more of it. With $500 billion in unfunded liabilities before the pandemic, the state can't have millions more getting free health care. That means health care quality will decline and wait times will increase - but only for the poor. That all adds up to greater risk of unrest among those not enjoying the opportunity to learn to bake bread.

The study notes there were nearly twice as many rebellions against government after cholera epidemics than before. They clearly lost trust in government's ability to be competent, or perhaps care. People lost trust in the U.S. CDC when they discovered that bureaucrats were too busy inventing new problems to lobby for funding to halt, like "vaping" and "prediabetes",  to be prepared for an actual Disease - the "D" in their name. People lost trust in FDA when they discovered there was no fixed standard for hand sanitizer, a competitor to Purell instead had to go through the regulatory process just like a cancer drug, so the public ended up buying suspect products on Amazon - while FDA proudly tried to claim they were stopping a problem they created by being stuck in the 1980s.

This can all be prevented, of course, and might be easily if this were not an election year. But it is an election year. And just like Proud Boys and Antifa will burn down anything in their holy war beliefs, political activists are going to let the ends justify their means. We just need to resist their efforts.
Science 2.0
More Articles All Articles
About