Hank Campbell
If you read social media, you might believe we're teetering on the brink of societal collapse due to COVID-19 but one metric tells the real health story; ICU beds.

Deaths have been cut almost in half from this time last year while ICU occupancy is down 40 percent. If you're a positive person, you'll note that this is a win and big thanks go to the health care system that critics demand be replaced by something like VA hospitals, which very few veterans agree is good, or Medicare, which very few old people think is good. You'll also note that vaccines work, and those are the product of Big Pharma that similar critics decry as greedy evil opportunists.

If you are a cynic you'll note that the most vulnerable people already died and that the vaccine is not 100 percent effective.

Let's address the cynics first. While it is true that age is the big risk factor for everything, and various co-morbidities, like smoking and effects of cancer, add to that, but we weren't commonly losing hundreds of thousands of people to flu each year, and wouldn't have lost the staggering numbers due to COVID-19 even if epidemiologists or hospitals had been told to expand the definition of flu-related death to anyone who tested positive for any influenza virus in the previous month.

COVID-19 was not a political fabrication created (2) or exaggerated to sway an election. What it did do was show American and international resilience in the face of potential disaster. A recent Netflix film "Don't Like Up", is about an asteroid approaching earth and in the satire all people care about is celebrity news, but it feels wildly anachronistic in 2022. (3)

On the positive side, the vaccines have worked quite well. Sure, it is not bulletproof, but we are in a weird world where journalists will repeat bizarre epidemiology claims that lack of education causes dementia, so if some people get a flu vaccine and then get the flu or a COVID-19 vaccine and get COVID-19, that's an outlier.

The fact is this is a once-in-a-century pandemic, surpassing the 1957 Asian Flu in per capita deaths. The Spanish Flu of 1918 may have had millions die unaccounted for and the world population was much smaller but it remains the leader in modern times.

Being a once-in-a-century event does not mean doom. This was the third coronavirus pandemic in a 17-year period (SARS and MERS preceded it) and we have no idea how many pandemics it caused prior to that, because coronavirus was only recognized as distinct from the common cold virus in the 1960s. 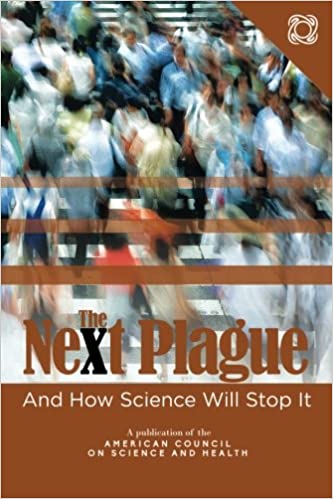 In 2017 my colleagues and I wrote a book called "The Next Plague, And How Science Will Stop It" (that is a purchase link, if you want to read it online click here) and we mentioned coronavirus but it didn't merit a high level of concern because the chances of it being more than a bad cold were still so remote in the US that despite SARS and MERS pandemics.

It was so remote that New York state denied $500,000,000 funding for more ventilators that health experts wanted and instead gave that money to a solar panel manufacturer run by a prominent Democratic donor. The state was more afraid of natural gas than it was respiratory distress among the elderly.

Now we know better, but we are also better prepared for whatever The Next Plague is. Omicron is a lot more like the cold virus than the original disease caused by SARS-CoV-2 and that is reflected in ICUs.

We're not done yet. Epidemiologists will continue to come up with new Greek letters to talk about (4) but Omicron is much less worrisome, despite hyperventilation over everything that occurs on Twitter, and in countries where this occurred earlier, after 30 days it had burned out.

Here is hoping that it does so airline travel can go back to being the third world experience it was in 2019 and not the even worse experience it was in 2021. Government needs science outreach more than ever and while Zoom is great, we are kidding ourselves if we think business, science discovery, and evidence-based decision=making don't have a personal aspect.

(1) Though deaths considered 'related to COVID-19' (like if you got shot to death but had COVID-19 30 days prior) have led to distrust in what is actually COVID-19 and what is respiratory distress that would have been called something else in prior years, like natural causes. Politicization of science did not start in 2020. When Science 2.0 started bloggers claimed that if President Bush hadn't banned stem cells, we'd have cures for lots of diseases real soon. Of course he didn't ban it, he was the first President to federally fund human embryonic stem cell research, the technology had been created outside federal funding because it was illegal under a law by...Democratic President Bill Clinton. When President Obama came into office, allies claimed he was 'lifting' the non-existent ban, and then he signed an executive order allowing a few more lines than were allowed under Bush. Because he didn't oveturn Clinton's law. Any time a political party is overwhelmingly for or against something in science, it's about politics.

(2) Yes, China told the World Health Organisation what to believe, and that had political ramifications, like when President Trump wanted to ban travel from China due to pandemic concerns and was called racist for believing it originated in Wuhan (science now shows it did) or when Democrats said horse dewormer would not help and that led to an alarming number of Republicans believing it must, but viruses are not political. How government responded certainly was, but the blame for that is career bureaucrats, not their political party.

(3) Given how out of touch it is, it's no surprise Netflix funded it. A few years ago, after Netflix refused to carry a pro-science food documentary, some colleagues and I looked at the food documentaries they did pay to run - and it was all woo about organic food and how Big Science was killing us. The same Big Science that is saving us now.

We're just lucky Netflix didn't run a show about a pandemic prior to 2021. If they had done to immunology what they did to "The Last Kingdom" and "Money Heist" after they took those shows over, we'd be n real trouble.

(4) Though skipping Xi, odd unless you know that is also the name of the Chinese premier running the communist dictatorship where this all began)
Science 2.0
More Articles All Articles
About