Hank Campbell
Nothing is more ridiculous than annual logjammed airports because celebrities use private jets to go to climate conferences and tell attendees eating four-course meals they need to do more to convince poor people using dung and wood for fuel that they should want solar panels. Environmental journalists insist they must also attend in person because it "builds relationships" and they promise to give money to some company that says it will plant a tree to assuage their guilt.

It's all nonsense, of course, the kind of rich white elitism that has a different name than in the 19th century but is still warmed over colonialism.

Idealists believe the best in estimates they find (or make) while ignoring reality, and that is the issue in an article claiming that planting trees will be enough to fix climate issues - if we get rid of "fossil" fuels.

To start with, if you are scientifically literate enough to read here, you know "fossil" fuels is a weird way to describe oil and gas. Leave it to environmentalists to take an oil company that sponsored so many paleontologists their logo was a dinosaur(1) and transmogrify it into a common belief that oil is literally dead dinosaurs.(2) The second issue is that if we adopt that approach, 80 percent of the world goes without heat, air conditioning, food, or a way to cook it. That's how much of worldwide energy relies on oil and gas - the same percentage as there was before we threw trillions and trillions of dollars at politically-connected executives and rich people in Malibu while convincing poor people that was saving Gaia.

Despite throwing those trillions of dollars at solar and wind power, they are unable to be viable without continued taxpayer subsidies and mandates.(3) The US government does not mandate that people have to use natural gas, and that anyone not using it must pay a fee to make it cheaper for those who do, but that is the only way solar and wind exist.

That means they are not useful for 99.5% of Americans much less the world.

Ignoring scientific and technological reality - at least right now, though solar will be useful some day, most wind will always be a grift - the authors of the new op-ed use emotional verbiage like "ambitious" to describe their beliefs a world without oil and gas is possible, when the real effect is obvious, even to three white Canadians - mass extinction of poor people. 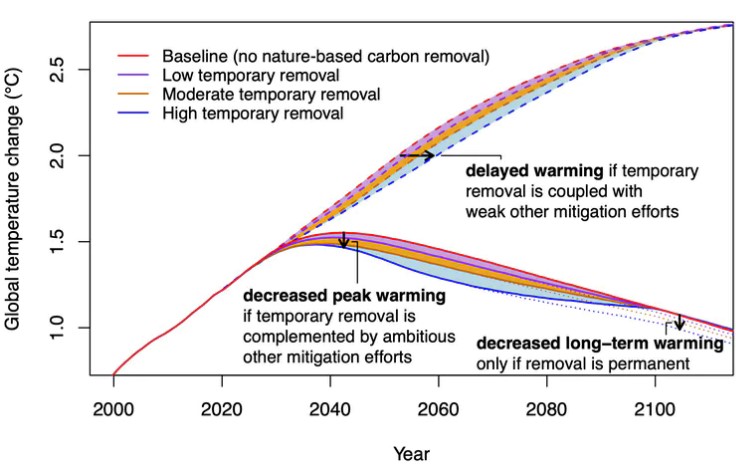 Touting social co-benefits like 'supporting cultural values' is nonsense. People don't want to freeze or starve while you tell them to be grateful for that culture.

Not dying is the big benefit of science and technology. Of progress itself. Nature wants to kill everything.

The demographers and climate evangelists can be forgiven for selling the sizzle and not the steak, but oddly they are funded by Microsoft, one of the largest "fossil" fuel users in the world, and other activists in their political tribe even claim Microsoft money is being used to poison people under the guise of vaccines and affordable food. So the real problem they face is the same one environmental journalists and eco-terrorists like Extinction Rebellion face: being duped by their own confirmation bias. These scholars can rationalize Micsosoft funding because the value they believe they provide outweighs everything else.

That can also hold true for any salesman or politician who needs to travel for their job.

If you own a 29,000 square foot mansion, by all means buy carbon credits from a company you own, but don't fool yourself into thinking you are part of the solution; the solution is actually centralized energy, even if it is coal and especially if it is gas, that gets the 2 billion people out there burning wood and dung at home onto a grid where modern technology makes it clean and affordable. There is no cultural benefit to poverty.

Though peak oil was supposed to have happened in 1992 - another claim in an activist press release that political allies in corporate media promoted until it became folklore - America set record production numbers last year. And yet our air is cleaner than ever.

(3) Witness the meltdown by solar power lobbyists when California and Florida proposed a very sensible switch in subsidies from full retail - it's not like solar power customers have employees the way utilities do - to wholesale rebates. Then it became the classic activist argument - where once it was 'we need to incentivize people to adopt' it switched to 'people did this expecting they'd be rewarded and government should not change that.'
Science 2.0
More Articles All Articles
About