Probiotics For Bipolar Disorder? The FDA Really, Really, Really Has Not Evaluated That Claim
By Hank Campbell | December 13th 2018 11:01 AM | Print | E-mail

Hank Campbell
As many as three million Americans, an alarming one percent of the U.S. population, get a diagnosis of bipolar disorder each year. That is a fantastic amount, bordering on unbelievable, 12,000X as many gun murders that will occur.

If being "bipolar" is over-diagnosed then it may well be that something as simple as yogurt will fix it. And that is the claim of a pilot study unveiled today at the American College of Neuropsychopharmacology meeting - people who suffer damaging shifts in moods, from mania to depression, may not need expensive, antipsychotics, depressants or even therapy, they may just need a half a cup of Activia.

"Good bacteria" have been all the rage for the past decade, only the names have changed. The marketing gimmick is that if some bacteria are good, trace amounts of such non-pathogenic bacteria in your food will somehow impact the trillions of bacteria already in your body. It's microbiological homeopathy and leaves out an important concern; were you to actually consume enough bacteria to be meaningful, you'd have no way to know if it helped or hurt your body. Vitamin D is good, it is also toxic if you take too much.

And we are not talking about people whose bacterial systems have been wiped out. A fecal transplant has been shown to have tremendous value in rebooting our biology there. This is a pilot study using a supplement claiming that it may help with a psychiatric condition. 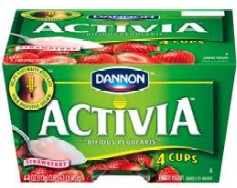 Probiotics are click bait for the alternative medicine crowd

Like a gluten-free diet or vaccines and autism, scholars take a tiny kernel of science and extrapolate it out to be of cosmic importance. In this case, a link between the gastrointestinal tract and the central nervous system, which then becomes  fixable by a supplement. It's nonsense exploiting different facts but, in the same way conspiracy theorists do, they are listed all in a row to infer they are connected.

(1) The "gut-brain axis" is the interaction of the endocrine, immune, and autonomic nervous systems.
(2) Our GI tract is where our intestinal microbiome resides.
(3) Some claim that our gut microbiome can effect this gut-brain-axis
(4) Some claim that because some people with GI issues have allergies, that is due to the gut microbiome
(5) Some people with bipolar disorder also have inflammation
(6) Inflammation can increase the effects of bipolar disorder
(7) Probiotics may reduce this intestinal inflammation

As separate bits of fact, they are fine, and linking one or two and studying it is worthwhile, but taking them all as established for the purposes of throwing them into a kettle and seeing what stew results is not science.

Every part of our biology has some kinds of "axis", where one thing happens and it results in an effect somewhere else. Our bodies are systems after all. While I write this, I am drinking a cup of coffee. My hormones change due to drinking it, so if I want to scare people (or sell something alternative) I can show coffee is an Endocrine Disrupting Chemical. It's total nonsense to experts in biology, toxicology, and chemistry but Fred vom Saal and his acolytes have made successful careers raising money telling people they can cure us of these EDCs.

The pilot study was patients hospitalized for mania. Over six months, they were given probiotics. Their immune system was "monitored", as accurate as that can be, since each of us has our own baseline, and their moods were tracked.

Both the study group and the placebo were taking their medication, so the best this would ever do is claim to be an "adjuvant", the same way a cancer treatment center will provide you with a music therapist if you have the money and you think it helps cure your cancer.

And that was the result, they noted that in a short period people who took their supplement in addition to their medicine didn't return to the hospital as quickly as those who only took medication. And they correlated that to lower inflammation. Their media statement doesn't note it should only perhaps be an adjuvant, like prayer or having a naturopath around might be.

There are so many confounders it makes you dizzy but they still declare in their press release "that modulating the intestinal microbiota may be a new avenue of treatment for patients suffering from these diseases"
Science 2.0
More Articles All Articles
About