Russian Fifth Columnists Convicted In Finland - Are Those Aiding Activists In The US Next?
By Hank Campbell | October 21st 2018 08:07 AM | Print | E-mail

Hank Campbell
During the Obama administration, James Clapper, America's Director of National Intelligence exposed Russian efforts to undermine U.S. natural gas ("fracking") by supporting environmental groups using "donor advised" funds (large pools of money where individual participants can anonymously decide where to send the cash) in order to keep Europe, which has thrown the energy baby out with the political water by shutting down nuclear, suckling at the teat of Kremlin fossil fuels.

They didn't want America exporting energy, the top export of Russia, and the way to do that was to pay activists to make fracking controversial at home so legislators would come down along predictable party lines.

It was only a matter of time before examinations occurred for Russia's number two export, food, and sure enough Russia began to claim they were all "organic" (despite it being impossible, unless their labor force tripled) and many of the same groups in the U.S. who dutifully did the legwork for Russia Today (now rebranded as RT.com to try and distance itself from being exposed) and Sputnik on energy did the same to try and promote fear and doubt about GMOs. 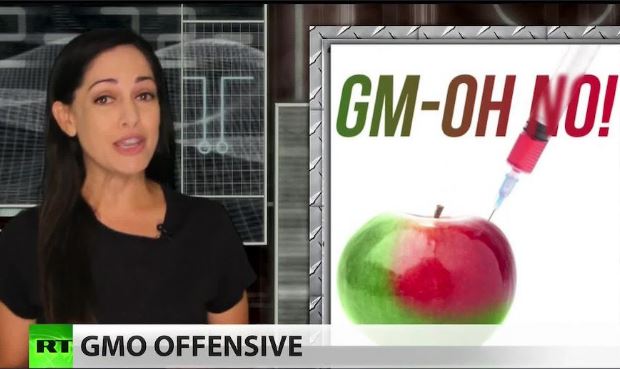 The goal in both cases was the same; get American corporate marketing groups, who are already engaged in appeasement by touting "sustainability" or, in recent cases like Smirnoff, being thrilled about being "non-GMO" (as if vodka, an actual carcinogen, can be healthier by using non-GMO corn), stuck defending their companies and alienating scientists and then use such manufactured controversy to keep Europeans from looking to other democracies for trade.

That's geopolitics, and if Ronnie Cummins at Organic Consumers Association, or anti-science allies like discredited former journalist Paul Thacker, want to help Vladimir Putin's efforts to hurt American science, directly or indirectly, that's their business and they can enjoy spending their winters in Spanish villas or whatever they might do with their fees, but there should be limits - and Finland has shown leadership in establishing some. The Finns have had enough of Russian sympathizers using lies and hate speech to undermine fellow citizens.

If that happens in America, a whole lot of activists need to be worried, because lying and smear campaigns against scientists and non-profits are their primary strategy.

Ilja Janitskin, who ran a website attacking people that harmed Russia's interests, and Johan Backman, a “human rights defender”, were both sentenced to jail terms in Helsinki after repeatedly lying about journalist Jessika Aro, calling her, among other things, a "whore" - exactly what anti-science groups do to American experts.

The damages were only $155,000, plus legal costs, so it's trivial compared to the money non-profits lose from foundations by activists polluting Google search with lies and conspiracy theories about the science community, but it is symbolic.

We are talking about Finland, the origin of the geopolitical term "Finlandization", because their politics during the Cold War had to navigate the demands of Russia due to a shared border and Europeans who were always going to be too timid to help. They had to master diplomacy with the Kremlin while not being so weak the tanks just rolled in to make them part of the Iron Curtain.

If even Finland can stand up to Russia, why not Mother Jones? When will "donors" to Sourcewatch, the attack site of Center for Media and Democracy whose existence is owed to funding to undermine science, consider well-connected Democratic attorney Lisa Graves radioactive and demand she stop lying about the science community? Well, maybe never. In America, it will be difficult to appeal to their political base and still support vaccines, GMOs, and any energy that is not useless solar or wind.

That will be the situation with newer science as well. Though mutagenesis, chemical and radiation baths for seeds to mutate new strains of food, is still allowed and even considered part of the "organic" process, activists have shown they are against the successor of mutagenesis, GMOs, and now its descendants, RNAi and CRISPR-Cas9.

That means anti-science groups and their political allies in the "journalism" community will be well-funded, including by Russia as thanks for being "useful idiots" into the foreseeable future.
Science 2.0
More Articles All Articles
About