Hank Campbell
To most people, food production, home ownership, and energy don't have much in common, but in the hands of 'science is a corporate conspiracy' theorist Dave Goulson, humans are ruining the planet. The common cultural cancer underpinning of our problem, he believes, is capitalism.

Rachel Carson believed misuse of DDT was harming birds, Goulson claims our very existence is. And his solemn false dichotomy choice to prevent it is Draconian. Start culling the human herd or create a level of social authoritarianism that even John Holdren, Paul Ehrlich, and Anne Ehrlich didn't advocate in their book "Ecoscience." And they embraced eugenics.(1)

Goulson thinks capitalism is the overarching culprit. It's always easy for academics to bleat about capitalism because they are getting paid unless the world government they evangelize collapses. It's as disingenuous as some cranky old white guy in suburban Las Vegas claiming that minorities need to stop going on about racism and get jobs. Much of the book reads just like that kind of screechy polemic. It's solely for wealthy white people in developed countries, the poor and brown and black people in less fertile lands are just abstract notions. If they can't afford organic bread, let them eat organic cake.(2)

Using hand-picked papers - including his own, despite criticism from the more rational science community that his methodology wouldn't have gotten past a middle school biology teacher - he insists bees are dying thanks to science, humans are dying thanks to science, and scientists are evil. Unless they are trustees for Pesticide Action Network, like him. In his book, he endorses them yet never bothers to mention his conflict of interest. 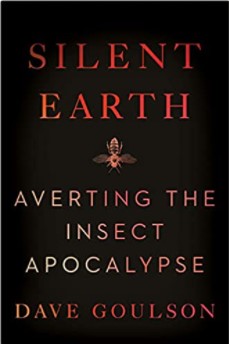 In a miracle of time efficiency, it only came out yesterday and 7 people on Amazon have already stated they read it cover to cover and that it is a spectacular work of science. All 5-star reviews. If you believe that, you also may be willing to believe his backyard gardening techniques can feed a planet.

That will be unimportant to his readers (look for 'sales' of it to be primarily PAN buying them to give them away to donors) because this is not a science book, it is a quasi-evangelical one. His Star of Bethlehem in his religious quest to cull humanity is, of course, Rachel Carson's "Silent Spring", and while that book had very little science and a whole lot of anecdotes it came across as a lot more authentic. Goulson instead set out to create a defense attorney's plea for action to potential jurors, and the topics he chooses to include (and accept) are so overtly manipulated it screams opportunism.

For example: "5G promises to chronically expose every city dweller to a dose of higher-energy microwaves." What scientist believes this silliness? It's not microwaves, and while it is radiation - everything is - it is non-ionizing radiation. You get more "microwaves" from a light bulb. All-natural cosmic rays, 100 percent organic, are the only radiation we should worry about.

He dismisses kookier claims that 5G somehow caused COVID-19 but then immediately engages in 'but we don't really know what it does' inference.

And that is "Silent Earth" in a nutshell. It is the Denier For Hire playbook. We must obey the Precautionary Principle and all science Needs More Study. Unless it is things endorsed by the lawyers and groups that are paying him, where he has a reputation for producing papers “with a promised, predetermined conclusion for activist organizations.” He wants to use government to drive farmers out of business - except the farmers engaging in the process the activist organizations which support him approve.

It all sounds simple, and it is when your livelihood is an intangible like raging against the science machine. The problem is we live in the real world. His fellow progressives, from Malthus to Margaret Sanger, would applaud this kind of war on the poor and minorities, but compassionate people who want everyone to lead better lives see it for what it is - eugenics under the new name of sustainability.

The problem Goulson faces is one that activists always face - logic. They endorsed natural gas before it became popular, then they turned on it. Same for dams and hydroelectric power. Now they endorse solar and wind because, they claim, they accept climate science.

No, they accept any doomsday prophecy that helps raise money. Agricultural science instead feeds people.

Yet Goulson and his political allies claim government agencies and biologists are all being bought off by Big Ag. The problem with his reasoning is the problem with the book - a lack of reasoning. Goulson now claims he accepts vaccines, he claims he accepts climate science. Everyone in fields where he is a science denier has been 'bought off.' How is that climate scientists were not bought off but agricultural scientists have been when Exxon alone has enough money to bribe each climate scientist with $5 million each year? 20X the revenue of Bayer's chemical group? And that is just one oil company?

It makes no sense. It doesn't have to make sense. It is a dirge with no basis in facts, like that honeybees colonies are up 85% in the last 60 years and that wild insects are only impacted by pesticides if activists like Goulson create experiments where critters are poisoned at obscene doses for the equivalent of 5 straight years of their lives.

Yet activist groups that pay Goulson are where science facts go to die so I predict it will be a big hit among people who think all food that contains DNA should have a warning label. 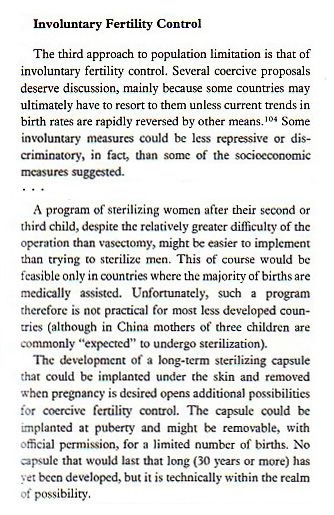