Socialist Libertarianism: How To Get 7 Beliefs Common To All Cultures Worldwide
By Hank Campbell | March 5th 2019 01:17 PM | Print | E-mail

Hank Campbell
A paper in Current Anthropology uses writing to distill what the authors believe are seven rules of morals common worldwide.

It's certainly a catchy idea for people who sit at the bar asking why Arabs and Israelis in the Middle East can't get along but there is a big problem putting them into practice. Some morals aren't creating common ground because they are in opposition to each other.

The seven common moral beliefs Drs. Curry, Mullins, and Whitehouse, all of Oxford, list are: helping your family, helping a larger cause, reciprocity, being brave, respecting authority, dividing resources equally or by splitting the difference, and respecting the property of others.

It's obviously good that cultural anthropology is tackling morality. Without a theoretical foundation for ethics and morality, there can be no true understanding of cooperation, and without cooperation there would be no civilization to study and anthropology ends up being survey results to lament how awful things are or writing historical fiction about the past. (1) 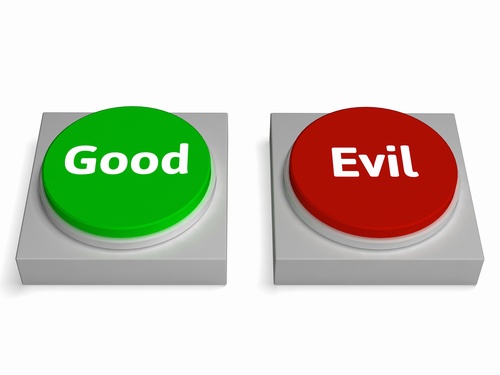 A good theory has to be applicable across locations. Gravity even works in Russia, evolution has occurred all over the world. The authors acknowledge that previous attempts at tackling morality have dealt with aspects too narrow to create a true theory. And they acknowledge something that is absolutely correct; society is not a zero-sum game. If it was, civilization would never have happened.

Yet one of the seven moral beliefs distilled from the 300 years worth of writing containing 606,556 words from 603 sources they used is that people across cultures believe it is moral for all resources to be divided equally. If you win I must have lost. People who believe that all resources must be divided equally look at the world as a pizza. If you take a slice, someone else starves. It's a very Malthusian bubble that science has popped numerous times. In the 1800s, we were running out of whale oil and in a zero-sum game we needed rationing of whale oil, for people to sit in the dark. Science and technology instead gave us petroleum and such terrific energy density it still hasn't been beat for 160 years, and then electricity. Science is not a zero-sum game, it is why we have more than 50 million people in the world.

Science makes food besides pizza so we all have enough to eat rather than making us all starve equally.

Yet that doesn't refute the results of the paper or their notion that there are seven core moral beliefs we all share. Though each of us subjectively can say one or two of these are not moral, the paper is about common ground across time and distance. Almost all cultures say “helping kin” is morally good. If your kin was Al Capone, you were not helping society if you defended him but your behavior was understood. It was even moral. That goes for helping groups also. Republicans who help Republicans will be seen by other Republicans as valid, even if Democrats believe the opposite, and ethnic groups have banded together from the moment groups extended beyond families.

“Cheating” is morally deviant in half of foraging societies and punishment is legitimate, but what if you, as Captain Kirk stated in "Star Trek II: The Wrath of Khan", instead changed "the conditions of the test?" Is that still cheating? It's a nuance but doesn't change the fact that cultures commonly believe cheating is bad.

You can't steal what is mine, but the Supreme Court had to tell government that their use of state forfeiture was robbing citizens of their rights to engage in a money grab. Government punishes theft, but they were parsing the law and so did not accept they were stealing. Most cultures accept that people must respect the law and authority - we are doves - but the people in the group that got the Supreme Court to slap down government stealing property were brave - they are hawks.

No one is really wrong, even though those are in opposition to each other.

(1) There are things that aspire toward it, such as Moral Foundations Theory, but just as with String Theory, using it as part of a proper name does not actually make it a theory.
Science 2.0
More Articles All Articles
About