The Placental Microbiome Is The Schrodinger's Cat Of Biology, Which Means It Isn't Science Yet
By Hank Campbell | August 1st 2019 10:25 AM | Print | E-mail

Hank Campbell
People are rushing to buy supplements because of (correct) claims that the microbiome is important. While the science on helpful microbes is correct it does not mean yogurt or any other food - even organic, try as their trade groups try to claim that - is helping any more than that redox science in mitochondria means you should spend your money on antioxidant supplements.

There is no compelling evidence any of that has an impact and if it did, that it would be beneficial.

Yet the microbiome fad has meant some researchers are scrambling to test claims, some want to jump on the bandwagon, and some epidemiologists want to link it to chemicals in your flooring or something else with no plausible biological mechanism. Media call it an "exciting" field when you can link anything to anything, but the public may end up with less trust in science, the same way stem cell hype, epigenetics hype, and too many miracle vegetables and endocrine disruptor claims to count have eroded trust.

One sure way to get media attention is to invoke the placenta, and unborn babies, and mothers. 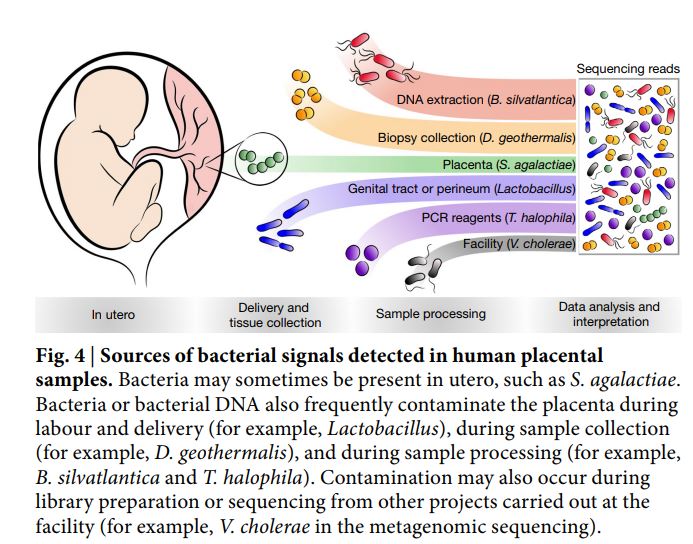 If we suggest the placenta has a microbiome of its own, companies can shame expectant mothers into buying their supplement products or environmentalists can lament the trace chemicals their latest fundraising campaign is about.

Some studies recently disputed decades of knowledge and claimed the placenta has its own distinct microbiome while others wonder how they can find  that that with any confidence. How do they get the placenta out for study without contaminating it? Any time you have a sparse (low mass) community, some may actually be bacteria that could represent a microbiome but the obvious hypothesis needs to be falsified by considering environmental contamination or maternal blood in the placenta.

Just last month, a study in the American Journal of Obstetrics&Gynecology did just that, led by the same author who has been promoting belief in the placental microbiome for the last five years. They used a probe designed for bacterial rRNA, say they controlled for contamination, and declared that the role of microbes in the intrauterine environment was fact. But a new study refutes that and other claims and says what most scientists contended all along; it's not a microbiome, it's regular old pathogens acquired during labor and delivery, or by contamination in laboratory reagents. 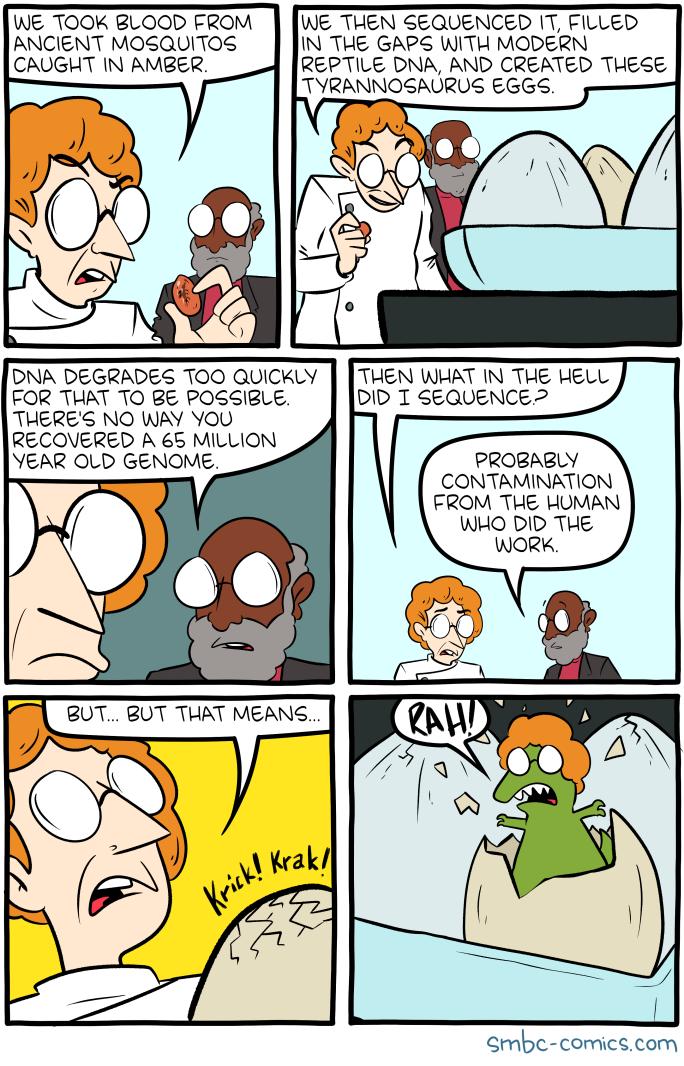 People selling this idea, literally or intellectually, can still declare a win. Group B Streptococcus was detected in almost 5 percent of the samples collected before labor, but that does not make it a microbiome, it means that and other pathogens like listeria can cross the placental barrier. All of the fancy yogurt in the world can't prevent that, nor will environmentalists getting sushi banned.

It's not a criticism to posit something and later have it refuted, that is the nature of science. My title says it isn't science yet, but it may turn out to be. Science is most often about eliminating links, that is why it often opposes epidemiology, which sets out to create correlation and get regulations. By eliminating possibilities you can eventually converge on the correct answer.

Journalist Ed Yong, formerly at Scienceblogs and now at The Atlantic, says this is a cautionary tale. To me it is, that media should not rush to give coverage to someone who makes a provocative claim, but to him it is that the debate that goes on around a fad like the placental microbiome is worth thinking about. If the placenta is sterile, why? Would the brain also have a microbiome? It will certainly merit education on how kits work. More light shone on the weaknesses in "testing" would show the flaws in lots of claims being made about how trace chemicals must be harming us because they can be detected.

Veteran writers know this. If you go into science media, in the first few months you will believe, based on studies and press releases, that invisibility cloaks are about to be on store shelves, cancer is about to be cured, and we are about to find life on another planet, maybe via time travel or the multiverse. With experience, you get a lot more skeptical, even jaded.

But as corporate science media has waned (The Atlantic, like Science 2.0 is instead a nonprofit) a lot of cost-cutting has occurred. When journalists get more experience they move into other fields that simply pay better. That means a lot of science content will be written by people who are not yet immune to provocative press releases.

Science can correct its own problems but it can't correct how the public receives information, except by scientists themselves writing for the public. Fortunately, at Science 2.0, Scienceblogs, and soon Science 2.0 Europe, they can do just that.
Science 2.0
More Articles All Articles
About