Over 26 percent of the western US  is in exceptional drought while  72 percent is in severe drought. That has not stopped the federal government from dumping so much water into rivers it creates hazardous conditions for people in them.

The San Francisco Bay does not actually need water, it is attached to the Pacific Ocean, but sue-and settle agreements with politically sympathetic political agencies didn't just make environmental lawyers rich - your tax dollars pay their "court costs" even when the settlement was pre-arranged in advanced by state or federal politicians - they made bad science into law. They chose to accept arbitrary levels of what baseline water levels need to be for critters in a river. And that means Californians who know nearly 75 percent of the state is in drought conditions have to watch this political circus on the river while Governor Gavin Newsom prepares to tell citizens paying for this fiasco that they're bad human beings if they water their lawns.(1) 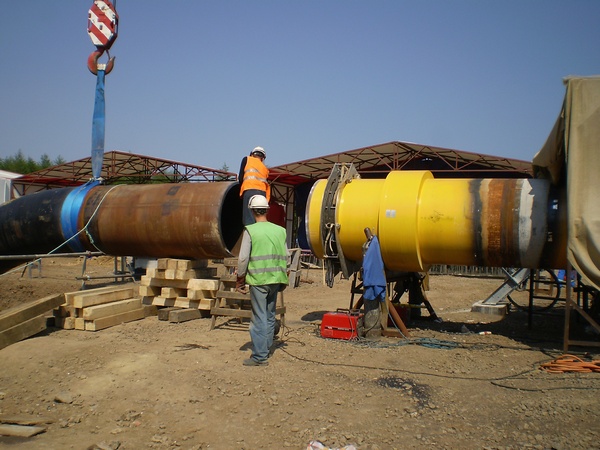 Why not a nationwide network of water pipes? To help convince the Biden administration, these would be high-paying union jobs and state and local governments could all put their names on the signs saying how awesome they are. He would just have to stand up to environmental groups, but what are they going to do in 2024, vote Republican? Nope. Credit: Storyblocks

What would make the most sense is a nationwide water system, like we have for other things. America has the safest pipelines in the world, and this is just water. Some areas have plenty and would love to be able to export it for cash. Others not enough, like Arizona and California. It seems like a simple solution. We have interstate highways and interstate energy, an interstate water system seems like an obvious idea for a modern country. Even ancient Rome knew better than to rely on fickle nature for water.

Yes, environmentalists will protest and try to block it - they even hate astronomy now - but they are always on the cultural equivalent of a juice cleanse; they insist they are better than everyone else and need to tell us all why they think so today. Environmentalists are why it took tens of millions of dollars and a decade in California to restore the Paiute cutthroat trout; the Endangered Species Act mandated by law it be restored but the Wilderness Act mandated by law that a diesel-generator to power the augur needed could not be used.  Environmentalists raised money arguing for and against both sides.

Imagine the damage Wilderness Watch and other anti-science groups could do if the Biden administration continues to let them pretend they care about people and block real water infrastructure from happening.

(1) It was Democrats who have created this unscientific headache and Newsom claims to be more progressive than all of them. It's why he had to be harangued into removing arbitrary exemptions from childhood vaccines. His old home town of San Francisco had more 'my naturopath says vaccines cause autism' exemptions for kids than the entire state of Alabama.

Democrats in two administrations created 70 percent of all "endangered" species listings decades after actual endangered species were protected. The new ones were created after changing the definition to be any creature that might lose 5 percent of its "natural" habitat in the next 100 years based on a computer estimate, or because a species was only just discovered and was immediately declared at risk of extinction because an academic hadn't seen it before.
Science 2.0
More Articles All Articles
About