Hank Campbell
Many trial lawyers hoping for new revenue streams suing over increased regulations woke up disappointed Wednesday morning, as were politicos and journalists hoping for a stern rebuke of President Trump.  There was no Green Wave, nor was there a Blue one.

Yes, Democrats won back the House but for a mid-term election with members retiring that was so predictable no major poll had it any other way. The change instead was downright mild. In 1994, President Clinton got hit far worse, as did President George W. Bush in 2006 and especially President Obama in 2010. By comparison, President Trump actually improved in the Senate. Yes, that's politics, but if you don't think politics matters to science, you are being naive - 50 percent of basic research is government-funded and that makes it political. And increased costly regulations are often implemented in the name of science - the Obama administration implemented a bizarre Waters of the United States rule, an unneeded Clean Power Plan, denied a safe modern nuclear waste disposal site under Yucca Mountain, and threw tens of billions at failing solar panel companies, all invoking science. 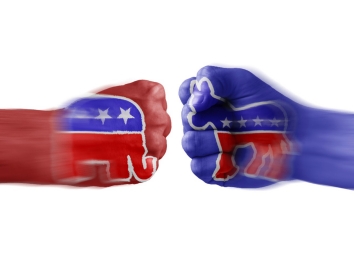 But for the most part those days are gone. Not in all states, of course. California handily passed a new regulation on farming despite a 2015 law already increasing the price of eggs over 30 percent. And Oregon passed a soda tax, claiming that will prevent diabetes. Both of those claimed to based on health data, though they were really just lawyers hoping to find new ways to sue. Washington state denied a $15 per ton carbon tax on emissions and a new soda tax, while a group in Colorado did such a poor job of arguing that lower prices and lower CO2 emissions from natural gas were a bad thing it lost after being ridiculed by both parties. Arizona turned down a mandate to make half their energy from solar by 2030 - they did the math and figured out those subsidies were paid for by increased costs for poor people who can't afford solar installations - while Nevada did just the opposite.

So there was good news for political activists and trial lawyers where they chose to find it but really it was a mixed bag. The only place where there was truly a wave was in young voters.

Yes, a Young Wave. While both parties were busy lobbing jokes that all millennials and their younger siblings cared about was skipping work to attend Burning Man, young voters had an almost 50 percent jump in participation - and that was in a mid-term election. Turnout among voters ages 18 to 29-year-olds was 31 percent, the highest since The Center for Information and Research on Civic Learning and Engagement at Tufts University began keeping track in 1994, and 10 points above the 2014 midterms.

What does that mean? It means opportunity for conservatives and liberals. When I was young politics were rather boring. During most of my youth and for decades prior,  Democrats controlled both chambers of Congress. That changed in 1994 and a 50 percent jump in 2018 over 2014 shows swings in Congress could become the norm. A lack of job security is good for politicians, it keeps them listening to the public. And if young people suddenly are 'in play' the way that senior citizens are, it means adopting to new ways of thinking. No more pancake breakfasts, maybe politicians had better learn to love avocado toast points.
Science 2.0
More Articles All Articles
About