Hank Campbell
Viking 1, an unmanned U.S. probe headed for Mars, was launched on this day in 1975 from Cape Canaveral, Florida, which is Brevard county on the Atlantic Ocean and across the Banana River east of Merritt Island where Kennedy Space Center is which is itself east Titusville across the Indian River.

I grew up just south of there, in Vero Beach along the Indian River, and I learned early not to get too attached to government names. 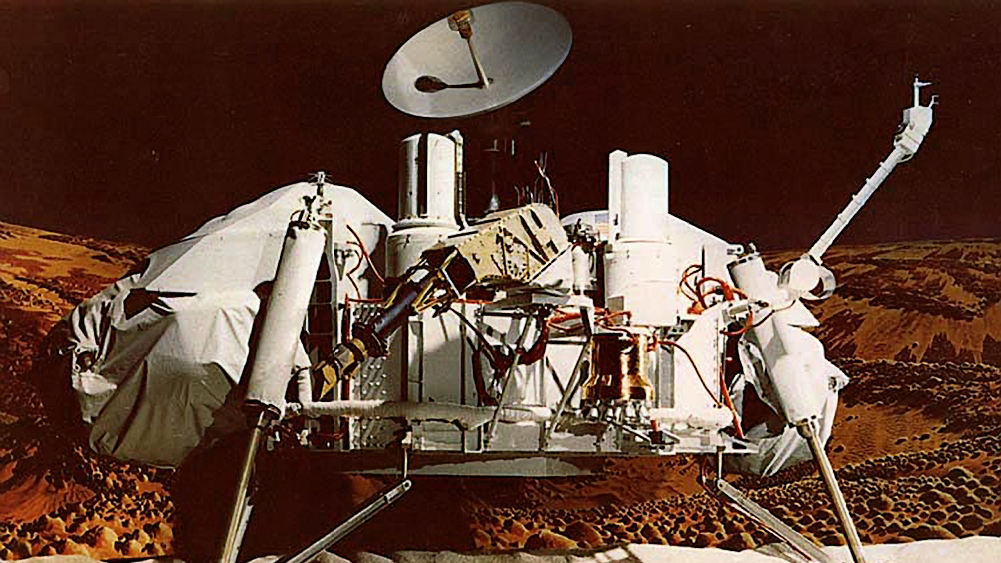 Name changes happened a lot in the area, primarily because President Lyndon Johnson decided to put Kennedy's name on numerous things after his assassination, even though Eisenhower had been the President who created the space program and put Johnson in charge of it, but in fairness he didn't feel a lot of guilt changing the name because they kept changing it themselves.

People had finally started grudgingly calling it Cape Kennedy after Lyndon Johnson penned an executive order to change the name, and then the state changed it back a decade later. Yet it had only had its previous name, the City of Cape Canaveral, for a year, being Port Canaveral for under a decade and Artesia for a century before that. Why not revert all the way back to Artesia? No one seems to know why that name was chosen. Spanish conquistador Juan Ponce de León stumbled across it in 1513 but it had no special name so later maps called it Cabo Cañareal - "reed bed." People had lived there intermittently for thousands of years but native settlers nearby when de León arrived didn't have a special name for that part.(1) It only got a real name at the end of the 19th century when it got a post office. Still, Canaveral has more historical significance than Artesia even though that was the official name for 60 years.

You can understand why local people in the 1960s and '70s didn't get too attached to new names. The latest switch was unpopular, not due to dislike of Kennedy, but because government treated the area like a fiefdom for their person whims. And by the 1960s a lot more people lived there, it was no longer just an air force base.

So by 1973 the name was back to Cape Canaveral, where a lot more launches than people realize occurred. Today it's assumed all rockets took off from Kennedy Space center but we were launching rockets from there before that facility was even built. 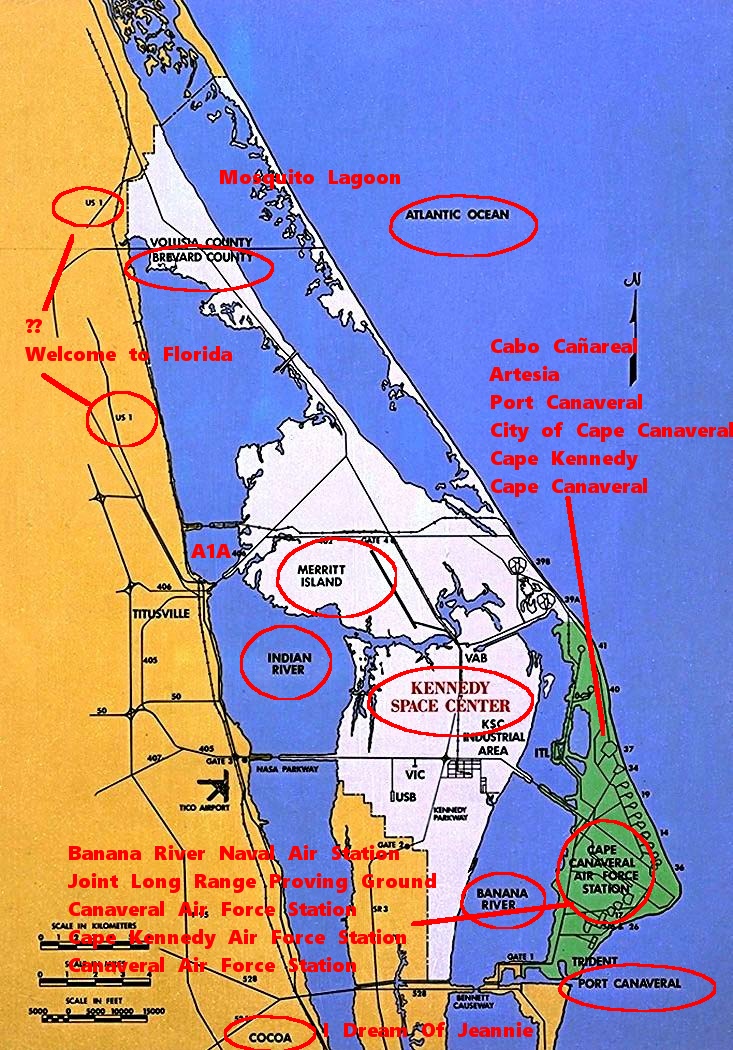 Yet for Viking we were back to Cape Canaveral Air Force Station at Patrick Air Force Base, which since 1985 has been Air Force Space Command's 45th Space Wing, part of the Fourteenth Air Force.

Space travel sounds simple compared to keeping track of all those names. This is a state with a road called A1A, which until recently appeared sporadically on maps and road signs. When I was a kid, you often had to know just where it was, and older people disagreed on which sections were really A1A and which were just later bandwagon riders that got a road sign. It seemed to be a beach access road that started in the oldest city in America and was sometimes the same as U.S. 1 and maybe ended at Wrinkle City or maybe even farther south, depending on who you asked and how old they were and what they believed.

The history of Viking 1 is a little more clear. Its mission was to search for signs of life using a robotic arm and a custom laboratory. Though it worked at Chryse Planitia until 1982 before retiring to a nice home in the country for elderly landers, it didn't find any life. But a lot of things we know about Mars now started July 20, 1976, when it landed.

(1) Written language 3,000 years after almost everyone else came up with it would have cleared things up. It is unknown why American natives did not develop it. Druids regarded words as magical, much as people in the north countries regarded runes, and people who wrote things down were flayed as demons, so it makes sense they were against it. Histories were not really kept until the 1600s and no one reported they had any superstition or supernatural beliefs against words. In both cases it's also why their history has been written for them.

It's also unsure how many people really lived there and how persistently. If you had no air conditioning, would you want to live anywhere near Mosquito Lagoon?
Science 2.0
More Articles All Articles
About