Hank Campbell
Major droughts in California happen every 20 years and smaller ones more frequently, yet northern California has not built major water infrastructure since the 1960s while the population has doubled. Environmental lawyers block any infrastructure improvements so no new water storage can be added and regulations about water flow in rivers were based on an optimistic guess. During the current drought California is sending so much water to the San Francisco Bay, which doesn't need it, that they have to issue warnings for people on the rivers.

Nature is out to kill everyone and the major drought that ended in 2016 meant tree cover loss and some temporary die-offs of a variety of species, but Quercus douglasii, the blue oak,  may have decreased by up to 1,200 km2. This is only a regional species, blue oak woodlands are just in California, but they are an example of pre-Spanish woodlands and therefore interesting.

A new paper recommends more conservation but government policies, manipulated by politically allied lobbyists, have prevented improvements that would provide plenty of water for people, agriculture, and trees. Their computer estimate of land change was based on information from the Landsat satellite series in hopes to get an idea of both complete tree cover loss as well as "conditional change." Their notion of conditional change - partial degradation - is obviously quite subjective but they claim it indicates the health, productivity and susceptibility of the woodlands. How do you measure productivity or susceptibility of nature? They didn't even visit these woods, the authors live in South Dakota. There's certainly no way to know if 300 species of critters living there feel it's more disrupted than 100 years ago.

The physical results were no surprise. U.S. Geological Survey Land Change Monitoring, Assessment and Projection (LCMAP) data showed more fire loss during the hottest drought years, just as has happened forever. That, wildfire records, and nebulous short-term climate climate estimates led them to say that the 2012 - 2016 drought was associated with tree cover loss and the vague "conditional change" both with and without forest fires but drier years saw more. 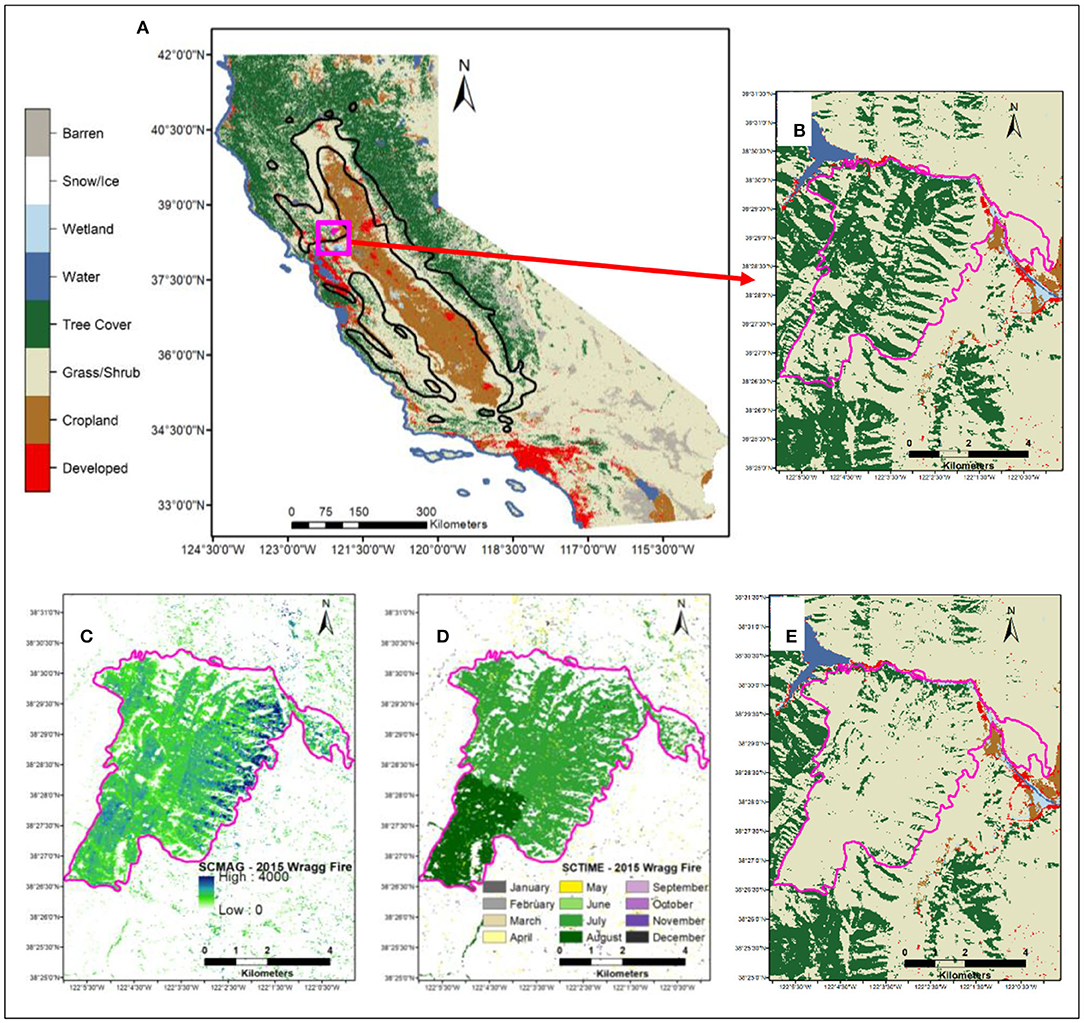 Conditional change should be treated with skepticism because no actual field work was involved, they just looked at satellite measurements and made models. How would they know if anything was "degraded"?  How can they conclude that more conservation is needed? Government regulations mean more fires. A utility like PG&E can't even own its transmission lines in some sensitive areas due to California government electricity regulations and are not allowed to use a gas-powered generator in some remote areas, so brush and dead trees can't easily be cleared. What would help reduce fires, and millions left without power because PG&E can't buy more suppliers and can't raise rates if forced to buy electricity on the spot market, would be easing regulations so modern California could do what pre-Europeans did; remove fire risks.

Natives used controlled burns, something environmental groups and their political allies in control of government block. If only modern environmentalists were as smart about nature as people who couldn't even read or write.
Science 2.0
More Articles All Articles
About