Poor people live in areas with more pollution, but pollution is relative in 2019. American air is actually incredibly clean, so clean epidemiologists have defined pollution down, from real smog (particulate matter 10 μm in diameter, PM10) to 2.5 microns (PM2.5) and even PM1.0 in hopes of getting the public to believe it is still a threat to life and that only more government money for statisticians will save us all.(1)

Now epidemiologists have even begun to claim street noise is as harmful as smog.

They call it the urban "exposome", but it really means we are all being exposed to junk science. Can't afford to live near Central Park? The exposome of your pregnant wife is poor. Live on a busy street? Noise pollution is ruining your unborn child's exposome. Have too many streetlights? Your meteorological exposome is in peril.

Using statistics, they can tell Europeans their exposome is at risk even though actual air quality is terrific compared to decades ago. They can suggest if young Europeans are starting a family and can't afford to move to an apartment in a wealthy area in the country, they are placing their unborn child at a lifetime of risk. Helping promote fear and doubt about the modern world once again is Environmental Health Perspectives, which is touted as a statistics journal seems to be the official magazine of Parent Shaming.

The authors of a recent paper trying to insist air is bad even if you have fantastic air quality looked at nine European cities(2) and their levels of this arbitrary exposome pollution. Then they statistically analyzed 30,000 women, using the time-honored technique of having lots of rows and lots of columns and then finding something statistically significant somewhere they can declare harmful. Their environmental indicators included some real real concerns, like smog, but that has rapidly declined since the 1960s, and some nonsense, like the amount of noise and PM2.5 noted above.
Because they include a whopping 28 environmental indicators (above plus "walkability", "public transportation", and more) they could statistically correlate anything to anything.

Contradictory results expose the multiplicity problem being considered a feature

And so they did. Sort of. The claims were so baffling they can't even be called inconclusive, they are plain old junk science. They are even contradictory. In England and one city in Spain, pregnant women with a low socio-economic status were exposed to a riskier exposome, but in another city in Spain and in Norway it was wealthy women at greater risk due to their exposome.

So none of them were really at risk. Some street noise is annoying, but it is not endangering your child and they should not be claiming that unless you go into mountains of debt to move to a place with more walking space your family will be subject to more chronic pediatric events. There is a socio-economic difference in health, and numerous known confounders, smoking being the big one, are more relevant. In the case of Spain, they drink alcohol to excess, including during pregnancy. The highest drinking state in the US consumers less alcohol than the most teetotaling region in Spain.

This is what statistics experts call the multiplicity problem - looking at lots of data for lots of things and then finding something statistically significant. In one recent example, Mostofsky et al. correlated the same small micron particles (PM2.5) to strokes but Dr. Stan Young, Fellow of the American Statistical Association and the American Association for the Advancement of Science, showed that with their method, and so many predictors and adjustors in the data set, they had 537 million models to use. When you have that many, how long does it take to find one with a p-value better than .05? Not long at all. In even 61 coin flips I can use statistical significance to claim coin flips are not random(3), I can sure do it with 537,000,000 different ways to get a result.

Compounding this is that Environmental Health Perspectives has spent the last 10 years undermining science rather than informing it. The U.S. government's National Institute of Environmental Health Sciences (NIEHS) has become the world's leading source of misinformation and disinformation about science. They routinely insist that they should be able to create a statistical link between something and cancer or other disease and then it is up to science to find a biological mechanism for it.

They have become epidemiological versions of this guy: 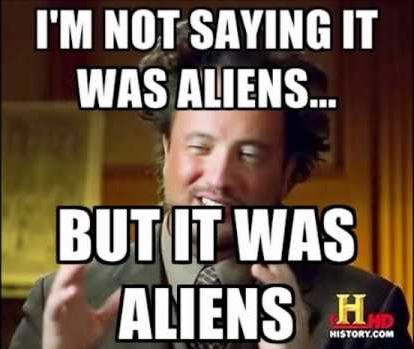 (1) The World Health Organisation is out of business if things are good so they have taken to lumping PM10 and PM2.5 in together and calling them all ambient air pollution, without noting that the air pollution caused by burning dung and wood for energy in developing nations is PM10. Of course PM2.5 is going to be in there, the way all cows are animals, but using them interchangeably is disinformation to create a panic.

At 9AM in California, one section of Highway 5 in Riverside had a moderate level of air pollution, which means people with severe asthma who are walking along the road might have a concern. But the color coding makes it look like American air is not really safe, even though it's as safe as the Amazon rainforest. Source: World Air Quality Index

PM2.5 is used to create alarming zones of concern but if the color scale is changed to not be red at a narrow end of the range, it doesn't took too bad. And for America it is not an issue at all, though that does not stop NIEHS from claiming only their statistics will save 150,000 lives per year. In reality, America and most of Europe are as free from even PM2.5 issues as Siberia, where almost no one lives. 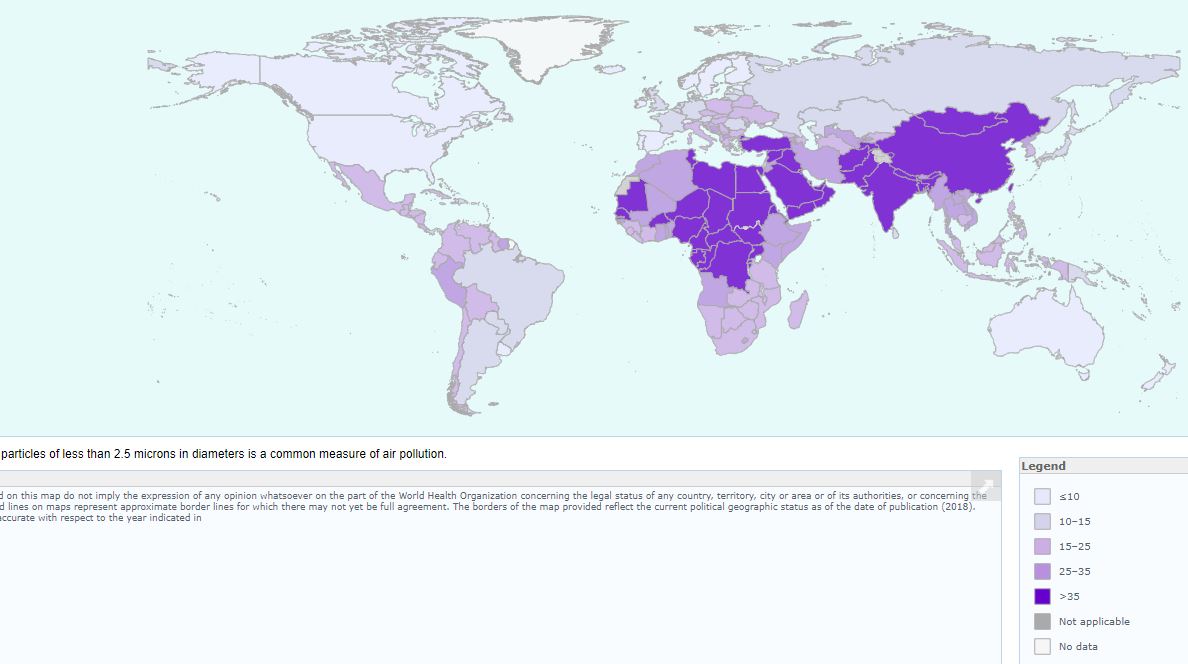 (2) The nine are Sabadell,Valencia and Gipuzkoa in Spain, Bradford in England, Poitiers and Nancy in France, Kaunas in Lithuania, Oslo in Norway and Rhea in Greece.

(3) It's Biologically Impossible For Diet Soda To Increase Your Risk Of Heart Attack, But Statistics Can Make It 100%