WHO Panel On Coronavirus Was Clearly Told Not To Mention China So It Says All Countries 'Made Mistakes'
By Hank Campbell | May 12th 2021 11:52 AM | Print | E-mail

Hank Campbell
The latest coronavirus pandemic started in Wuhan, China. You'd barely learn that from yet another non-report courtesy of the World Health Organisation, they don't mention it until page 15. You certainly won't learn anything about how it began.

The Independent Panel for Pandemic Preparedness and Response instead did what the UN is famous for; a wordy, detailed description (86 pages!) of basically nothing that we didn't already know or is irrelevant filler. Their press release does not even mention China, even though it was clear China was lying about the pandemic, they continued and still continue to lie about their deaths related to it, and got the UN to tell the world the US was racist when the President said he was going to restrict travel from China. 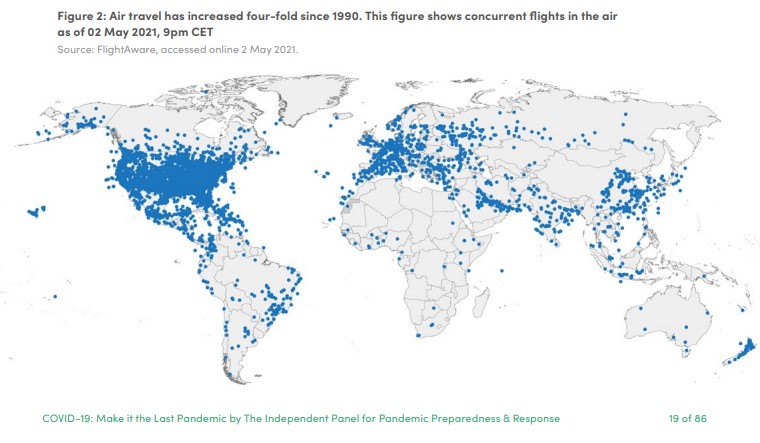 Does it matter how many airplanes are in the air right now? No, but the WHO wants to tell us in this report. 15 months ago they told us it was wrong not to travel, because China told them what to believe, like that the virus could not be transmitted human to human, after denying it existed at all.

China must have thought they had something to do with it, because the Wuhan Institute of Virology’s database of 16,000 coronavirus samples - that is just from bats - was deleted while China prevented the World Health Organisation from visiting to investigate. When they were finally allowed in (the pandemic started in 2019 but WHO was blockaded until 2021) after a few days WHO program manager Peter Ben Embarek gushed about China’s cooperation while oddly stating it was “extremely unlikely” that SARS-CoV-2 could have originated in the world's largest coronavirus lab but then agreed with the Chinese dictatorship that the COVID-19 pandemic might have been caused by frozen food from America.

Embarek is an epidemiologist, so he only looks at correlations in data, he should never have declared that he knew where a virus didn't come from but then speculated where it might have originated, especially shortly after the Chinese government was busted paying academics millions of dollars to promote China - and Embarek lived in Beijing for years. How could this epidemiologist  rule out the world's largest coronavirus lab when a year earlier employees were busted for selling experimental animals to the wet market in Wuhan?

We can't count on the UN to do anything for anyone when it comes to pandemics. The UN is the same body that told the US ending smallpox was a waste of time - and then the US did it anyway and WHO jumped in at the end and created a panel and tried to take the credit.

"The current system failed to protect us from the COVID-19 pandemic. And if we do not act to change it now, it will not protect us from the next pandemic threat," stated panel co-chair Ellen Johnson Sirleaf, while endorsing a report claiming the one thing that would help is more of the top-level UN bureaucracy that failed when it came to SARS-CoV-2 just like it fails with ebola. zika, and too many diseases to count.

Holding countries accountable when they have fake bio-security standards and sell experimental animals to food markets would be a great start to prevent the next plague.

Yet the UN won't do that. It would mean using facts rather than confronting a dictatorship they fear.
Science 2.0
More Articles All Articles
About