WIRED Promotes Chemophobia About Sunscreen, But At Least The Trial Size Was Bigger Than Andrew Wakefield's
By Hank Campbell | May 6th 2019 10:07 AM | Print | E-mail

Hank Campbell
A recent paper in JAMA should have EXPLORATORY in giant red letter across every page, or else journalists will use it to promote fear and doubt about sunscreens. Which is already happening.

A few months ago, FDA proposed a modernization of the guidance on over-the-counter sunscreens as required by the Sunscreen Innovation Act. There is much greater awareness of the harms of too much sun exposure, which means a lot more sunscreen is in use, and because most sunscreens are not regulated by FDA there are newer formulations making claims that are not based on evidence. At the same time, FDA needed to rethink older compounds and whether or not they were still generally recognized as safe and effective (GRASE).

A new look was worthwhile. They proposed officially banning two compounds, PABA and trolamine salicylate, which aren't used anyway, and reaffirming safety of zinc oxide and titanium dioxide, while leaving 12 others as "unknown", which unfortunately is also a way for people touting "natural" alternatives to profit by uncertainty. 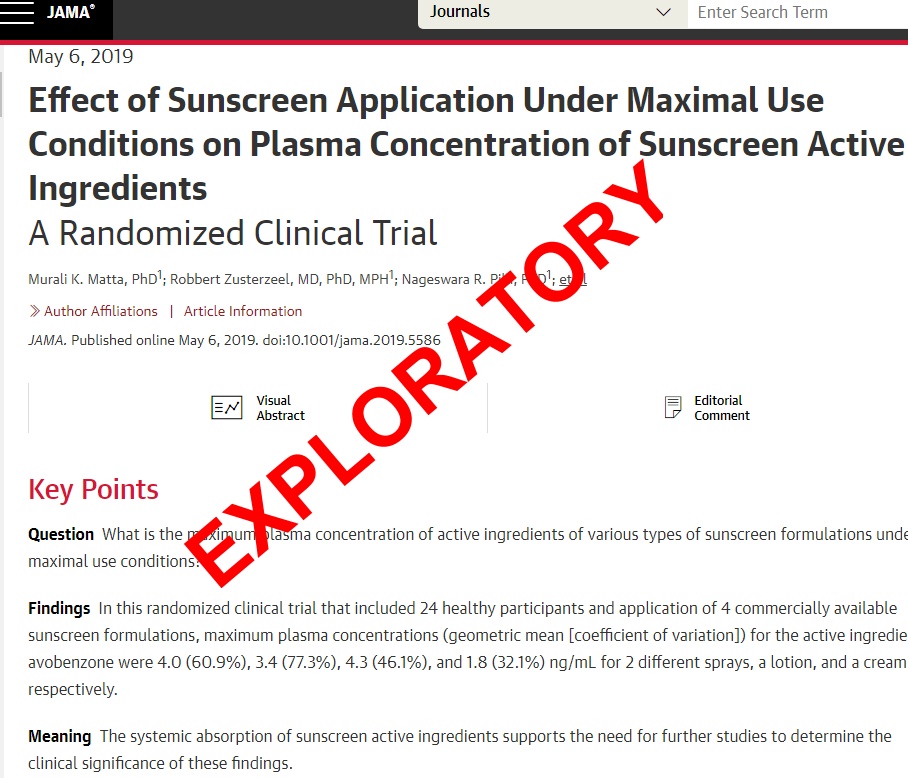 A new paper, at least in the hands of aggressive journalists. helps promote uncertainly about sunscreens because it tackles three of those 12, avobenzone, oxybenzone and octocrylene, but uses only 24 people (6 in 4 different groups) with high exposure (75% of their bodies four times per day) for a few days (with no sunshine) and noting they could detect those chemicals in blood. Well, it's been known that oxybenzone, for example, can also be detected in human breast milk, urine, and lots of other things but what can't be detected in 2019? We've seen ridiculous claims about all kinds of trace chemicals in water, cereal, you name it and some environmental group run by lawyers is teeing up fear about science to generate some revenue.

That is the downside to tiny, short-term exploratory conclusions - they will be used for clickbait headlines at media corporations. Researchers always note that this is exploratory and note the limitations but they also know this will get media attention without noting this is too tiny and short-term to be meaningful. 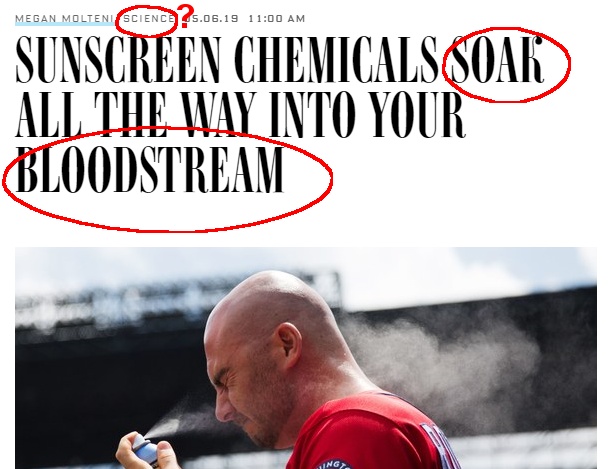 Andrew Wakefield's claims about vaccines and autism (n=12) led to an alarming number of people on the west coast of the U.S. denying vaccines to kids, and now preventable diseases have spread across the country. This same sort of chemophobia about sunscreen could lead to a resurgence in melanoma. There is nothing wrong with the study itself, but corporate journals' decades-long desire to publish exploratory studies they know will be provocative has led to rampant mistrust of science among the public. 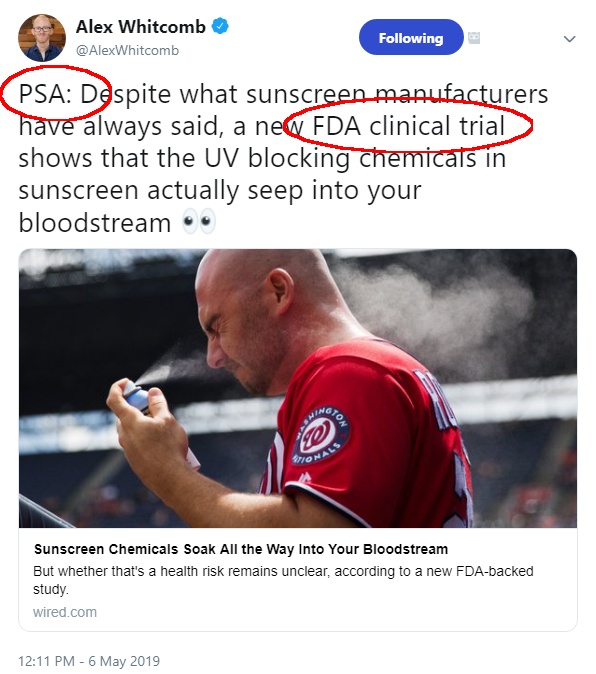 This is the opposite of a PSA because there is no harm from these chemicals and a lot of harm comes if people are discouraged from using sunscreen.  It is also not an FDA clinical trial, it was done by Spaulding Clinical Research of Wisconsin.

Mainstream media would do the broader public, who just want to know what they should worry about and get on with their lives, a favor if they'd read journal articles with a little more insight.
Science 2.0
More Articles All Articles
About