Hank Campbell
When Dr. He Jiankui announced that he had used CRISPR to prevent future HIV infection in twin girls, there was outrage across the United States, but most of it had nothing to do with science. It was instead concern that a mad scientist with suspect ethics had used a new technology to edit human embryos, and if that remains unchecked Frankenhumans could be born.

In 2001, controversy erupted over a 1998 technique called human embryonic stem cells (hESCs), which returns cells back into their "embryonic " state, where they can basically become any cell the body needs to repair itself. hESCs promised to cure numerous diseases then, just like CRISPR does now. Newly into his first term in office, President George W. Bush was handed the hESC controversy because federally-funded academics wanted to do research using National Institutes of Health (NIH) grants, but that was a violation of President Bill Clinton's 1996 Dickey-Wicker law which prohibited human experimentation. 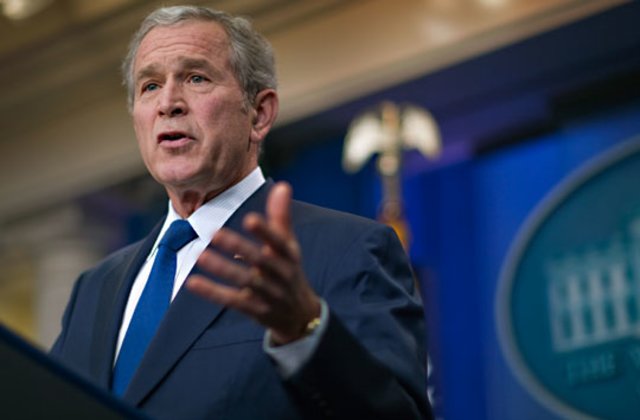 That is why President Clinton had punted the thorny issue to his successor. After months of discussion, President Bush compromised - politicians once did that – by allowing federal funding for hESC research for the first time but limiting NIH money to the hESC lines already in existence. New ones would have to be created outside the national taxpayer system; by state, foundation and corporate funding, as hESC technology itself had been.

Political bloggers shrieked that science shouldn’t be held back based on ethical boogeymen and that eventually got the academic science community to believe that Bush was banning science. Democrats latched onto it as a campaign issue. It worked. A quick Google search using the terms "Bush stem cells ban" even today yields over 2.9 million hits. The claim was so pervasive that when President Obama took office in 2009, media cheered that with a wave of his pen he lifted the ban - except there was never a ban, and his executive order only allowed a few more lines to be researched. He was limited by the same 1996 Clinton law that Bush was.

Today, the academic journals that eventually chimed in and blasted President Bush for "banning" hESC research by limiting federal funding are using the recent CRISPR event to suggest this science should be curtailed indefinitely - "more studies needed", ironically the mainstay of the anti-science activism community. They say that there needs to be guidelines based on the western world’s notion of "medical necessity." That might sound fine to journalists in the U.S. and Europe, but medical necessity is culturally subjective. In China, 70 percent of the public believe that gene editing to prevent HIV infections is a good idea. That's far more than accepted hESC research in America, and CRISPR has already had enough success with sickle cell anemia that the U.S. Food and Drug Administration has given the green light to a clinical trial, while hESC never lived up to its political hype.

Instead of stem cells, the controversial CRISPR/Cas-9 is a 2013 genome editing tool that can create a cut in DNA and use the body's natural repair machinery to make a change in a gene. Yet despite that progress too many academic scientists are taking the opposite stance they had with stem cells. Back then, centralized authority and one-size-fits-all rules were protested, science needed to be unfettered if it was to meet its potential.

Today it is the opposite even though the 2001 argument is still valid. Dr. He Jiankui claims to have disabled the CCR5 gene in twin girls that encodes a protein which allows HIV to enter a cell. There are plenty of reasons to criticize this particular experiment. The need for it is suspect, the father of the girls has HIV but transmission through sperm isn't a concern. That means Dr. He made children test subjects for protein variants before having enough data from animal models to be confident he was helping rather than harming.

Yet the outrage is rampant and well beyond the science. It is making us look like the Luddites in Europe. Why should China bow to a U.S. National Academy of Sciences stance and be left behind? This is a body whose magazine published results of Facebook experiments manipulating news feeds of users (and we saw how that worked in the 2016 election), who promotes nonsense like that hurricanes with female names are more dangerous because men are sexist, and who used to let academy members hand-walk studies for their friends past peer review (a policy I got changed after I called attention to it in the Wall Street Journal), even if studies made outrageous claims but contained no data. They're hardly beacons of ethics.

He posted his work on China’s clinical trials registry but Southern University of Science and Technology in Shenzhen says they are launching an investigation anyway. In China it is hard to know if that is real or they are secretly high-fiving him for being bold while American scientists sit in committee meetings being berated by humanities scholars about ethics.

What we do know is that science is going to march on, and America will be part of the process or be relegated to angry outsider, the way Europe is when it comes to genetic engineering in agriculture.

CRISPR has real promise, it deserves to be defended even as we seek to limit bad actors engaged in suspect experiments.  UNESCO has instead demanded that all work on this stop until CRISPR can be "proven safe." Nothing can ever pass that test, not cars, not airplanes, not food or medicine. It's ridiculous fearmongering.

No good science ever came from a centralized authority putting together a committee to create rules that blocked progress. Back to 2001 again, in that same year our FDA asked organizations to put a halt to cytoplasmic transfer for in vitro fertilization while they made a determination about its safety and efficacy. All did.

And that technology disappeared for good, despite no risks being associated with it.

Let's not have that happen here. The academic community is a lot more savvy today than a generation ago, so here's hoping they aren't as easily manipulated against CRISPR the way they were against President Bush.
Science 2.0
More Articles All Articles
About