With Fluoride Decision, Canadians Are Moving Back Toward Mainstream Science And Medicine
By Hank Campbell | December 18th 2018 03:01 PM | Print | E-mail

Hank Campbell
In 2013, the Windsor city council voted 8-3 to remove fluoride from water. This was not the work of right-wing John Birch Society members, who were against fluoride in the 1950s because it was government interference in water, this was the result of left-wing anti-science activists. A few have wrapped themselves in the flag of personal choice about consumption, but most are honest in claiming they link negative health effects to fluoridation.

Well, they can. I can also link health effects to the price of steel. Or anything else if there is a curve going the same direction. Organic food revenue is way up in the last 20 years and so are autism diagnoses so it is entirely possible to correlate them. But that is just as ridiculous as linking organic food to positive outcomes.

Canada has been having a scientific crisis of confidence. They have legitimized naturopaths - there was only modest blowback when a crackpot treated a child with saliva from a rabid dog because he "growled" (there was not more outrage because rabid dog saliva is actually approved by the Canadian government as a homeopathic "medicine")(1) and think railroad cars are better than pipelines for oil.

The evidence for the benefits of fluoridation are visible in culture as well. Famed director Peter Jackson recently did a restoration of World War I video footage for They Shall Not Grow Old and it is a stunning technological achievement, but it also shows the culture of 100 years ago. These are not old people but their teeth are shockingly bad. 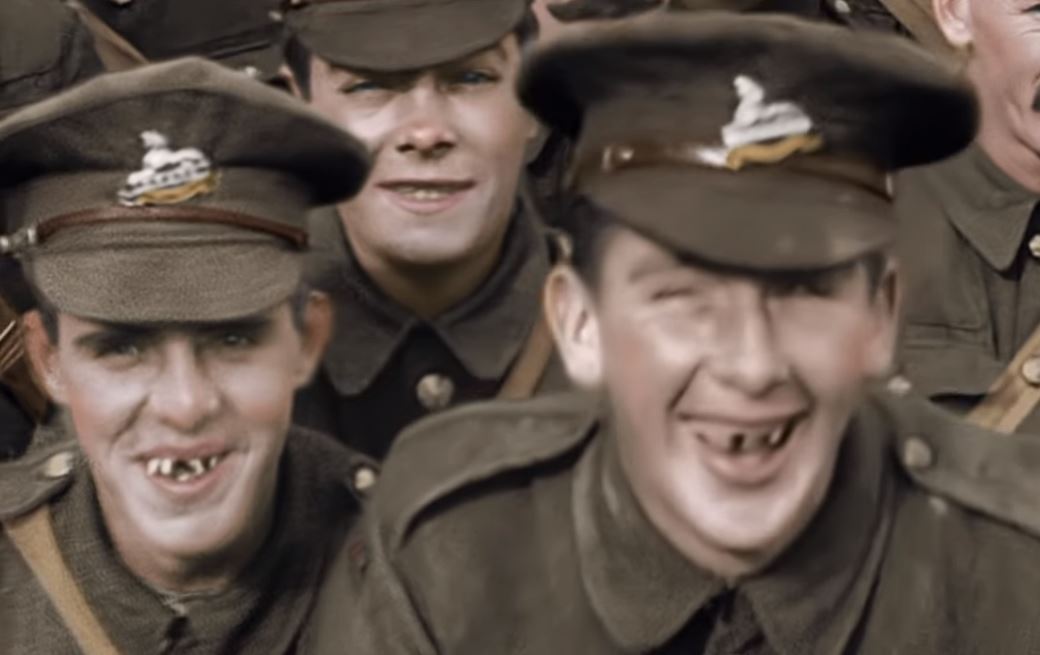 They Shall Not Grow Old. Warner Bros.

Poor dental health was not simply a plight of the poor, World War I was the last war in which nobility and educated people fought in number. And they were equally mowed down by modern technology which had made fantastic strides since the Franco-Prussian war. Most had bad teeth.

While this footage of war was being taken, research was underway to learn why people who had brown stains on their teeth, using all-natural water sources, also had  far fewer cavities than others. The answer turned out to be fluoride. Nature was providing far too much of it and it was found the benefits could still be had without the discoloration. By 1945, Grand Rapids had begun fluoridating its water and a study completed in 1963 found a 60 percent drop in cavities. Caries had become a preventable disease.

And then 50 years later activists who think we must be doomed to the hand nature dealt us - being born in an area where agriculture can't feed people, getting cancer, measles - got a win in Canada and fluoride was removed throughout various cities.

Now the Windsor city council has voted to put fluoride back in because they found that they conducted the Grand Rapids study in reverse. The percentage of their children with tooth decay increased by 51 percent in just five years. This was also the case in Calgary and many other places. Canada has let towns ban this all over. Like in America, there is an overwhelming political demographic that opposes science, as the prevalence of coastal towns on this list shows. 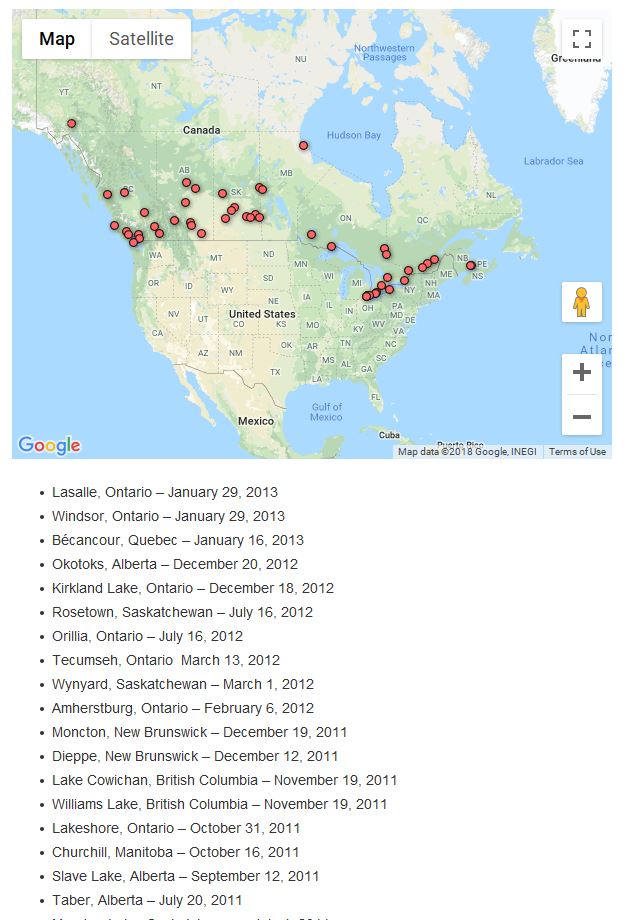 List from Canadians Opposed to Fluoridation via Ishmael Daro on Canada.com

Welcome back to the world of evidence-based decision making, Windsor. Here's to your future dental health.

(1) Salon being Salon managed to torture the naturopath analogy until it confessed to being the same as Trump, Brexit, and charter schools.
Science 2.0
More Articles All Articles
About