Hank Campbell
The Doomsday Clock, a public relations stunt created by Bulletin of the Atomic Scientists (1) remains stuck at two minutes until midnight. Just like it was in 1953, the height of the Cold War, when school kids did drills about hiding under desks and everyone built bomb shelters.

Today their worry is still nuclear bombs, they assure us, but also global warming and President Trump, and that is why they have solemnly announced that the Doomsday Clock is still at 2 until midnight, with midnight being the End Of The World.

Wow, we need to panic, right? Not really, they are activists, preaching doom is how they raise money. And two minutes is somewhat meaningless when you consider that it started at 7 in 1947. Though there are 1,440 minutes in a real day to these doomsday prophets 1,433 of them were gone by the time they created their gimmick. Ever after President Reagan ended the Cold War that brought the Doomsday Clock into existence they only gave his successor President George H. W. Bush 17 minutes until the apocalypse. To keep people paying for their newsletters it is not just about nuclear bombs or energy any more, now they use a vague "diplomacy" metric, pollution, and progress on climate change in their secret sauce.(2) 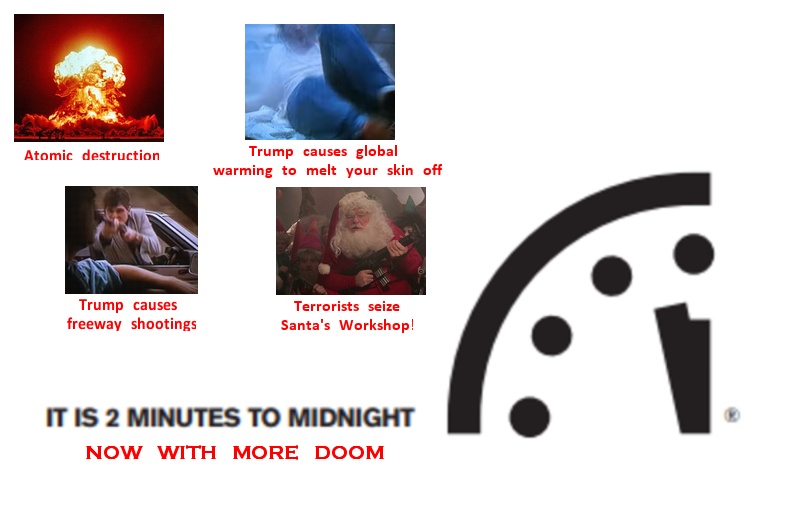 The group has had some success.(3) They were featured in a Linkin Park song, for what that's worth, and President Barack Obama so hated nuclear science he not only put Senator Harry Reid's assistant Gregory Jaczko in charge of the Nuclear Regulatory Commission, he followed him up with Allison Macfarlane, Ph.D., another non-expert whose primary credentials were being at Bulletin of the Atomic Scientists and writing a book arguing that we didn't need Yucca mountain, a single, modern nuclear waste depository.

Yes, Bulletin of the Atomic Scientists would rather have over 100 individual older sites that might be a security concern rather than a new one deep under a mountain that could never be infiltrated and that 25 years of scientific studies showed was the ideal spot. Denial of reality is what keeps the money rolling in.

(1) Like Union of Concerned Scientists, another anti-nuclear group, they feel if they ever had even one scientist their name is legitimate now. Their press release does not contain a statement by any nuclear physicists. It does, however, list President Clinton's Secretary of Defense and other Democrats opposed to progress. This is no surprise. President Clinton, along with Senator John Kerry, were behind the dismantling of America's nuclear science programs.

Ironically, Democratic opposition to nuclear for decades, and Clinton finally killing it in the 1990s, led to more use of coal, which increased CO2 emissions - the thing Bulletin of the Atomic Scientists now say is going to cause the Book of Revelations to happen. 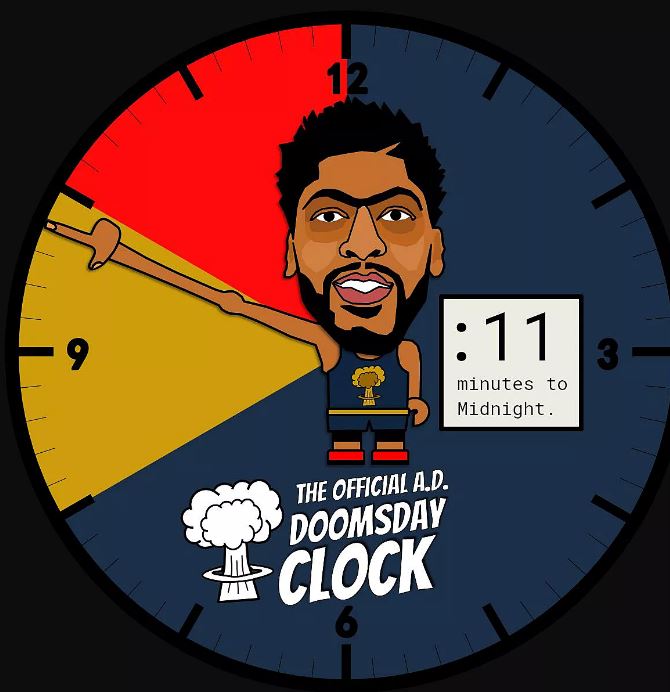 (3) Still no nuclear physicists but their current experts include a journalist at The New Yorker and an Arizona State University sexual predator.
Science 2.0
More Articles All Articles
About