Hank Campbell
Cows and chickens will never go extinct because they are food, and some useless critters like Aedes aegypti have managed to tough it all despite being just disease vectors. For everything else, it can be a crap shoot. Nature is out to kill us all.

Like the dodo. We don't really know a lot about the dodo, but almost everyone has heard of it, because it went extinct a few hundred years ago, one of those rare cases where a species was at least known before it was wiped out. All we have is inference and speculation based on vague accounts and hand-drawn pictures, starting with Dutch sailors who recorded discovery of the island of Mauritius on September 17th, 1598. Among the wildlife they reported was a flightless bird standing over two feet tall, which came to be called the dodo. But a few decades later it was never seen again. Only in 1865, after 30 years of searching, did school teacher George Clark find fossilized dodo bones in the swamp of Mare aux Songes, which set science on the path to learning something about it.

There were more fossils to follow and one skeleton, put together from fossilized remains and some unfossilized bones found by naturalist Etienne Thirioux in the 19th century, is going up for auction at Christie's on May 24th in London. 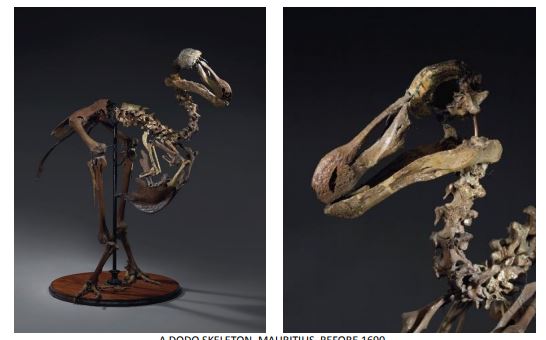 If you've ever gone to an auction and tried to bid against a museum, you know they are rarely as poor as they claim during fundraising campaigns, so this dodo may not be in private hands May 25th. Except to pay around $500,000 if you want to add it to your personal collection.
Science 2.0
More Articles All Articles
About