A Picture Of The James Webb Space Telescope, Taken With An Earthbound Telescope.
By Hontas Farmer | January 10th 2022 11:47 AM | Print | E-mail

At least one Astronomer has shared an image of the James Webb Space Telescope taken from an Earth-bound telescope.  This is what it looks like in all its glory but you may wonder why it is we cannot get a better image of it.  It is huge and made of very reflective materials.  Why no camera on it to take a selfie or monitor it visually for any faults?

The reason for no selfie camera on it is simple.  Every system added to a complex system like JWST adds more complexity than just adding one more part. That part has to work with the integrated whole of the craft.  While a camera could've been one valid way to monitor the state of the space craft there are simpler ways.  Cameras are complex, need a lot of power, and can suffer their own problems.   Should we have a smaller camera to monitor the camera installed to monitor the JWST?  Instead, it has several sensors embedded in it that can tell the engineers and scientists exactly what is going on with the telescope.

This is a very fresh image viewed using the SAO DS9 viewer.  Astronomers use this to view data often in the form of a .fits file.  .fits is the format used for much raw data in astronomy and astrophysics. 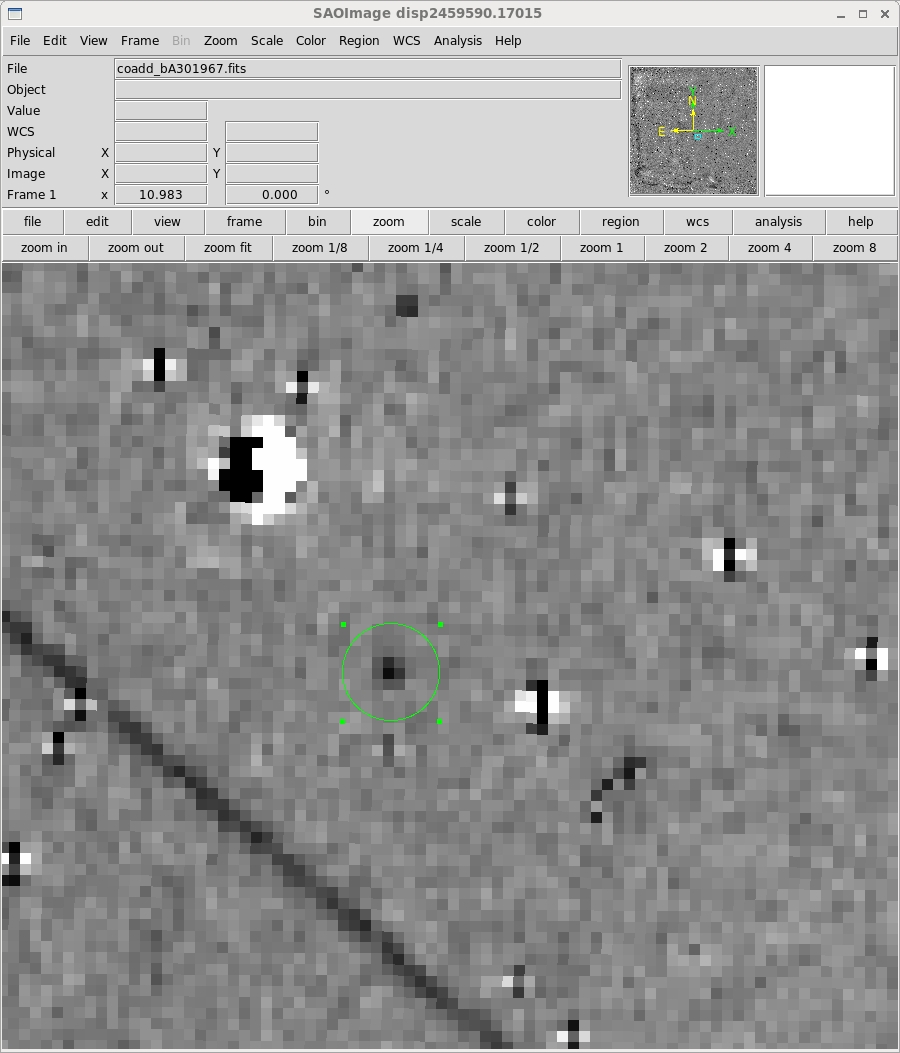 JWST is fairly faint, g~16.7 (this is an image-subtraction picture)

You may ask why does it look nothing like this artist representation?

Suppose the Thirty Meter Telescope existed and was fully operational.  For 600nm light, an orangeish color in the visible range, the angular resolution would be approximately 5.0 milli arc seconds.

With JWST out at Lagrange point L2, 1.5 million km away from the sun this means the smallest feature we can ever be able to make out is 120 feet or 36 m across.  Perhaps using an array of telescopes we may be able to get a better image of it from the ground.  That said, an image that is a pixel or two at best is all anyone should expect unless we sent a probe out that happens to take an image of it on the way to the outer solar system.

If you liked this article check back here for science news which will appear here when I come across it first.   Opinion pieces will appear on my Substack first so sub there too.  It's free.