Hontas Farmer
Evidence shows that banning scientific words does not stop them from being used.   Today in many reports the Trump administration banned the use by the CDC of the words or phrases, transgender, evidence based, science based, fetus, vulnerable, entitlement, and diversity.  Some individual in the trump administration made this call I'd really like to know who (Sounds like a Jeff Sessions kind of thing.  VP Pence would be too politically smart to try something so foolish.)
Most of these words are things which are simply descriptive. Science based, and evidence based (as long as the science upon which a conclusion is to be based is stated or referenced somewhere in the document could only offend the sensibilities of a fool.   It makes no sense to have a problem with those words unless one is so sensitive they can't hear that science and evidence don't back up their southern baptist beliefs.

There is the possibility that the CDC would write we want a bajillion dollars for this particular transgender issue because it is science based that we have to spend a bajillion dollars.  If anything remotely like that is what the Trump administration was objecting to I think we'd all agree such logic is flawed.  However, there is no reason to think the CDC would state such an argument just "because science, or just "because evidence" without details.  No there is a covfefe worth of reason to think this is just the product of far too many straight old white men in one place with hardly anyone but them around.   People who due to a lack of any other points of view have limited their scope and foresight to only their immediate needs and concerns.

I take that last statement back.  A group of straight old white men managed to conduct the revolutionary war with far more competence than the current government, on both sides, has managed to.   What's happening now is just all around idiocy.

On the word Transgender:

As I said in a previous posting the word transgender  it is an umbrella term.  It is not a very precise term to use at all.  So for that reason it might not be a completely bad thing if the CDC would be more specific about just who under the umbrella a specific service is aimed at.   A broken clock is right twice a day applies to this administration.    This may be one thing they may be right about. 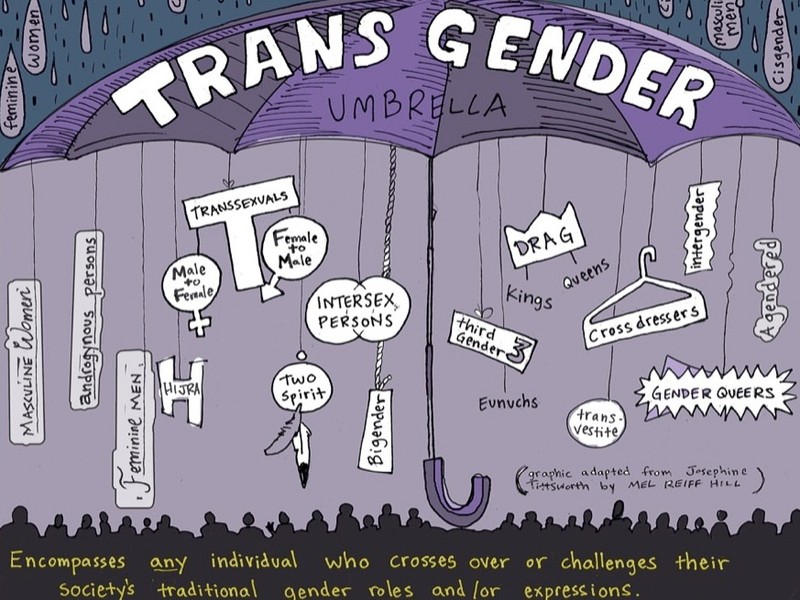 The CDC ought to specify are they talking about, transsexuals (Pre/Post/non operative), Cross Dressers, Drag Queens, Gender queer, gender non conforming, etc.  Then, IF the trump administration also tries to stop the CDC from using those more descriptive terms I will join in on the howling about this action.  Until then I am going to wait and see.

Sarah Sanders is going to have to give a list of reasons for the banning of each of those words and alternatives that can be used.  Meaning words, or one to two word phrases that can be used in the place of each word.   Just what the heck does Sessions... I mean ... Trump want to hear from the CDC?