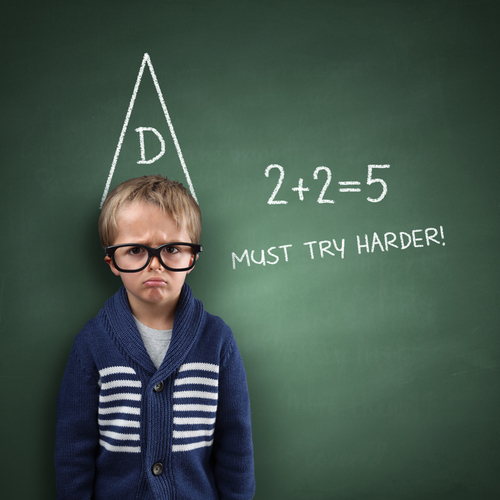 In the mid-twentieth century, a social psychologist by the name of Harold Garfinkle (1965) wrote an article titled “Conditions of Successful Degradation Ceremonies.” This became one of those articles – one of those stand-out pieces that becomes a signpost for a way of looking at the world. Now largely subsumed under the rubric of Social Identity Theory in psychology, there is a sizeable literature of twentieth century social psychology that issued forth from peculiarly sociological camps. I say peculiar because these sociologists had a way of codifying the structural force of social life and portraying the individual as an unwitting dupe in the ongoing sit-com of social life.

For example, in this piece, Garfinkle says that in every society there is a body of thinking and belief that qualifies what is right, true and good. This is so fundamental to the project of any society that in every society we will also find the mechanisms for dealing with people who do not conform with the normative order. The mechanism for bringing down shame, disgrace, and punishment, is what we refer to here as the degradation ceremony. It is as if people must be shamed when they do wrong, they must be officially degraded in front of others for having done wrong, and then they must exist in a state of humiliation until they can find a way to get back on track, and become a member in good standing once again. This is just how it all works.

The basis of executing a degradation ceremony for someone who is being recognized as having deviated from the norm is this thing called the normative order. It is there in every society. It is the value system, it is formalized in legal sanctions for crime and punishment, but it begins bubbling up informally from the very beginning of social life in the form of the shame that accompanies bad behavior. As the two-year-old learns that No means No, the learning of it is accompanied by much crying, and the feeling of shame is what is really being learned.

A successful degradation ceremony requires a denouncer and the denounced. The denouncer is presiding over the degradation of the denounced for having violated society’s mandate for normative order. The violation must be clear and indisputable. There must be no question that the denounced has deviated from the norm and is standing in violation of a value that most people in the society have deemed as inappropriate and unacceptable.

In school, when you are little, and you get shamed, and when you go through a degradation ceremony and receive the title of humiliated and deserving of being punished, then you are ritually separated from the group and made to stand in the corner. At home, you might get sent to your room, or you might have a time-out. When you are an adult, then you might go to jail, and be sentenced to court-mandated anger management counseling, or you might be sent away to prison. But, in every case, the conditions for successful degradation ceremonies are quite clear.

That does not mean they are always fair, but that does mean they will work that way and according to those dynamics – every single time. One of the strangest things I have seen was the way Hillary Clinton left her supporters at the Jacob Javits Center on election night, waiting for her to stop by and talk to them. As the election creeped on into the night, and the Clinton supporters grew weary, the scene of the Clinton supporters assembled in the Jacob Javits Center became more and more of a spectacle in and of itself. In my lifetime, a concession speech usually lasts about two minutes. In the rarest of circumstances, one could imagine it being delayed. Yet, no one was prepared for what happened after midnight at the Jacob Javits Center. After all the talk about a President being able to be there for that call that might come at 3 am, it was the most ironic thing to see toady John Podesta show up at 2 am at the Jacob Javits Center and tell everybody that Hillary was proud of them and that it was time for them to go home. That was it. Talk about being hit with a bucket of cold water.

Decorum and simple grace suggested she should stop by, and say thanks for all the support, and let’s finish this up in the morning if we can. But, the supporters were all dressed up with no place to go, and they knew the whole nation was watching, and at their moment of deepest pain, when they needed their leader to just pay attention to them and say something to them, they were summarily ejected into the cold-void-streets of public scrutiny at 2 am in the morning.

To be honest, I grew up Democrat, and when I was a college professor I voted Democrat, but I am now 57 and I have been a Republican in my fifties. I am saying this to communicate to you that even I was hurting for those people when I saw what happened to them. The real weight of the system we have is the way we have to honor the office and honor the process even if we do not like the result. That is part of the magic of the peaceful transfer of power that sets us apart from the monarchies and dictatorships we all despise.

Somehow, even though I had no reason to be sad, I was horribly saddened by what I did not see. I could not believe she did not show up – it was wrong, and nothing will ever make that right. You know why I say it was so wrong? Because what she actually did was to effectively place her followers smack dab in the middle of a nationwide degradation ceremony with all the conditions in place to make it successful.

You know the conditions for successful degradation ceremonies by now, right? The denouncer is ritually set apart, in their own space, away from the denounced. The denounced have clearly been shown to have deviated from the normative order, the body of values that most people in society have declared must represent what we value most. The denounced are occupying their own space that is set apart from society. Once having endured the degradation ceremony they will be officially set apart from the rest of society and they will have to endure their state of humiliation until they can find a way to get back on track with those who are in alignment with the normative order.

The next day, Hillary gave a 20-minute concession speech for which she was practically apotheosized by the liberal media. In a world of 2-minute concession speeches, Hillary actually made her supporters listen to her say the words ‘enshrined’ ‘cherished’ and ‘respected’ in the same sentence as the words ‘Donald Trump is going to be our President’ and then she went on and on for 20 minutes. But, the truth is that none of those supporters she abandoned the previous night were there. Actually, if she had abandoned them it would have been kinder, but instead she actually presided over their degradation ceremony. And for all intents and purposes, the concession speech was like pouring salt on the wounds of her supporters. It was so kind and respectful that no one could actually believe it even happened. But, the execution of her followers’ successful degradation ceremony, followed by the obsequious respect she showed for President-elect Trump were only the dead giveaway of the two sides of her duplicitous nature that have always been there. One side of Hillary is emotionally predisposed to sadism. She is cold-blooded, psychopathic, and unfeeling in a sincere and human way – this is a person who enjoys the sheer power exercised by being able to grind down on the subjects and hearing their cries and screams of pain, which she enjoys every bit as much as their weepy overtures of crowd-funded adoration. The other side of Hillary is intellectually committed to getting away with all the shenanigans, and she will do and say anything imaginable to avoid being prosecuted by the next administration.

The scariest part for her? Despite the certainty that Obama will pardon Hillary, the fact is she has done nothing wrong, and you cannot get pardoned if you have not even been indicted in the first place.