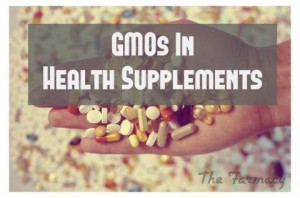 During the 1920s, the cartoonist Rube Goldberg became immensely popular churning out cartoons that depicted devices that performed simple tasks in impossibly indirect and convoluted ways.

In 1931, the Merriam-Webster dictionary even adopted the word “Rube Goldberg” as an adjective describing making something that should be simple incredibly complicated.

Welcome to Vermont’s fumbled efforts at drafting the rules for its mandatory GMO labeling law.

In it’s latest decision, the Vermont Attorney General’s office, charged with turning the vaguely measure into law, released a draft rule that would exempt “dietary supplements” from the definition of food.  This is after the original wording already exempted alcohol, restaurants and bake sales and even exempted milk from cows that eat GMO feed - that milk can still be organic and Gary Hirshberg, a large sponsor of the Just Label It campaign, can still buy Vermont milk for his $300 million organic yogurt corporation.

Many herbal supplements contain ingredients are genetically modified. Yet advocacy groups who aggressively campaigned for the mandatory labeling law on the grounds that people have a “Right to Know” what they consume say they support the exemption.

Why? Could it be that the supplement and natural products industry were among the heaviest financial contributors to the “right to know” campaign in Vermont, as they are in Colorado, Oregon and Hawaii, where labeling measures and GMO restrictions of various kinds are on the ballot? Joseph Mercola, who runs one of the largest “alternative products” websites on the Internet , Mercola.com, and who has made himself a millionaire selling products the government has claimed are worthless and maybe even harmful, has poured millions into various campaigns. Other big backers include Dr. Bronner’s Magic Soaps and the Organic Consumers Fund. Organic organizations and companies, which have aligned themselves with the natural food industry, are also huge financial backers of labeling laws, as they are the likely beneficiaries of the law if their efforts to demonize conventionally grown food is successful.

The decision by the Attorney General seems in direct conflict with at least two Vermont laws, opening the door for yet another likely legal challenge. The state’s new labeling law, Act 120, defines food broadly as “food intended for human consumption.” A separate state statute (18 V.S.A. § 4051(4)) on the labeling of foods, drugs, cosmetics and hazardous substances uses the same definition of food as the one found in the Federal Food, Drug&Cosmetic Act (FD&C): “(1) articles used for food or drink for man or other animals, (2) chewing gum, and (3) articles used for components of any such article.” That would almost certainly include food supplements.

Anti-GMO groups immediately moved to obfuscate the issue, knowing of course that if supplements are labeled, the supplement industry would stop pouring in campaign funds.  Dave Murphy, founder and executive director of Food Democracy Now, a group in favor of GMO labeling, said the “main fight” is not over whether supplements should be labeled. So much for a “right to know.”

In yet another wrinkle to the bungled process, Vermont’s retailers, who have mostly remained on the sidelines as trade groups representing food manufacturers moved to legally block the law’s implementation, are now saying they believer will hit them far more than expected.

“What is starting to surprise retailers in general is the amount of items that they may be responsible for labeling,” said Jim Harrison, president of the Vermont Retail and Grocers Association. ”It’s much more broad than just the packaged groceries on the shelf.” Harrison’s group represents about 350 retail members operating some 600 stores.

Jon Entine, executive director of the Genetic Literacy Project, is a Senior Fellow at the World Food Center, Institute for Food and Agricultural Literacy, University of California-Davis. Follow @JonEntine on Twitter. Genetic Literacy Project is a non-partisan, non-profit organization that explores the intersection of DNA research, media and policy to disentangle science from ideology and this article was originally published there.