A Rubber Producing Dandelion May Mean A Solution To Deforestation Problems In Asia
By Katrina Cornish | May 1st 2019 12:05 PM | Print | E-mail

Katrina Cornish
When most people think of rubber, they usually just think of tires but natural rubber is an incredibly important yet under-appreciated bioresource used to make at least 50,000 different products.

Approximately 13 million tons are collected every year from tapping 39 billion liters of latex (by hand!) from rubber trees, mostly in southeast Asia - enough to fill over 5,200 Olympic-sized swimming pools. After collection, 11% of the latex is centrifuged to remove half of the water, and the rest is converted to solid rubber. The concentrated latex is shipped to manufacturers of articles, such as gloves and condoms, while the bulk of the solid rubber is made into tires.

What if something went wrong with that supply?

Rubber trees are genetically extremely narrow and are produced as clonal scions grafted onto seedling roots stocks. They are restricted to tropical regions and concerns about deforestation limit new habitats. That, coupled with the genetic uniformity, makes crop failure a serious potential risk to the global rubber supply. Mass failure has happened with the elm and ash tree, and those species were not genetically narrow or grown in close contact with each other as is the case with rubber. 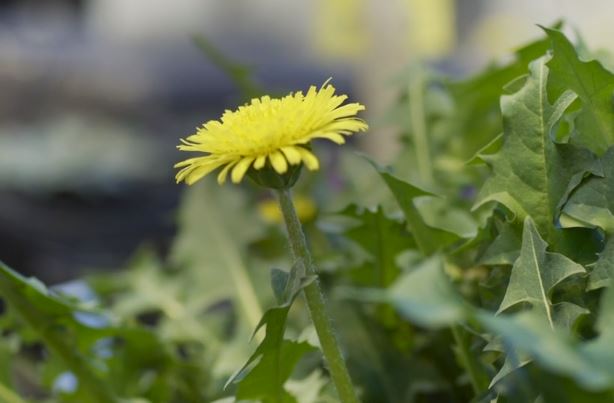 Why not a rubber producing dandelion?

Instead of cutting down forests to plant rubber trees in new areas we can instead turn other rubber-producing species must be made into commercially-viable rubber crops.

There are challenges. Of the 2,500 rubber-producing species very few hold economic promise. The two leading contenders are Taraxacum kok-saghyz, a rubber-producing dandelion (T.K.) from Kazakhstan and Uzbekistan, and Parthenium argentatum, a desert shrub (guayule) native to Mexico and parts of Texas.

T.K. produces rubber in its roots that is almost identical to that tapped from rubber trees, even though one is a “Siberian” dandelion and the other an Amazonian tree. There are challenges. T.K. must be domesticated before it can be grown as a field crop because it is slow to establish and grow and is easily swamped by weeds.  We humans took thousands of years to develop the crops we have today but we don't have that kind of time now. Fortunately, recent progress in conventional and molecular breeding and genome-informed gene editing approaches can accelerate this process. Such approaches, which modify the plant’s own genes but don’t necessarily introduce foreign genes, can be used to confer herbicide resistance and target the flow of carbon from photosynthesis into larger roots and higher rubber quantities.

An in-depth understanding of the genes and enzymes responsible for rubber biosynthesis informs additional gene modification approaches to increase rubber yield. In combination, viable yields (of at least 0.5 tons/acre/year) may soon be possible on conventional farms using chemical weed control and optimized fertigation practices, whereas indoor vertical hydroponic systems have potentially at least 10 x higher productivity/acre/year. However, an obvious concern about new T.K. germplasm grown on farms is the perceived risk of contaminating the ubiquitous and very weedy, common dandelion with modified T.K. genes, or with naturally-selected traits that might potentially cause ecological harm. For example, could genes related to herbicide tolerance jump from T.K. to common dandelion?

Not to worry, North American common dandelions won’t accept pollen from T.K. dandelions, so genes cannot be transferred by cross-pollination. The principal risk might be TK dandelion seed floating from a rubber field into neighboring fields and becoming weedy. So far, T.K. is too weak a plant to establish in this way, but it might become a concern if, and when, more vigorous types are created.

The introduction of T.K. and guayule rubber crops into U.S. farms will add a new cash crop option for growers, and reduce U.S. dependence on rubber imports, which currently supply all U.S. manufacturing needs. In the long term, production could expand to fully supply our own requirements and even allow the export of rubber to other countries.
Katrina Cornish
More Articles All Articles
About