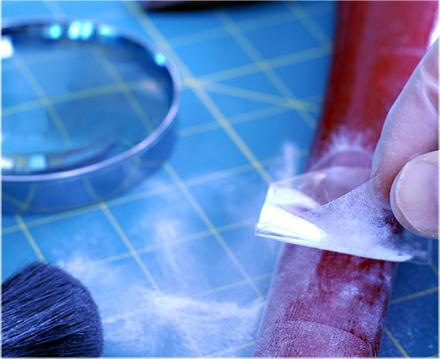 It’s quite revealing that Karen Kafadar and Anne-Marie Mazza (LiveScience Op-Ed on February 24, 2015, titled "Using Faulty Forensic Science, Courts Fail the Innocent") demand more research in forensic science while ignoring one of the most significant studies on forensic science and erroneous convictions ever conducted.

By far, the most risky scenario identified by Gould were cases having young defendants with existing criminal records. Other factors related to prosecutorial and investigative tactics, as well as bad lawyering by defense attorneys in representing their clients.

At the bottom of Gould’s list, however, was faulty forensic evidence.

Gould’s study did not receive much fanfare at the time of its publication. And, ironically, with so much federal attention paid towards improving forensic science, Gould’s explanation that forensic science malpractice is not a compelling factor leading to erroneous convictions has yet to shape the national conversation about forensic science.

And because this fictional narrative has twenty-years of rhetoric and political activism behind it (it began with O.J. Simpson’s acquittal and its kick-starting of the innocence movement), it has produced an unprecedented federal bureaucratization of forensic science reform initiatives – initiatives from which Kafadar, Mazza, and others in similar positions stand to enjoy considerable benefits and funding.

Make no mistake, the 2009 report by the National Academy of Sciences, as well as the National Commission on Forensic Science (NCFS), both referenced by Kafadar and Mazza, became institutionalized animations of the fictional narrative. For example, the NAS report on the state of forensic science in the United States was profoundly one-sided and ignorant of critical research that had been done in all forensic disciplines. Worse, not once did the NAS report explore or recognize the significance of international based ISO accreditation in helping to improve how forensic science is practiced and managed.

And now, the National Commission on Forensic Science (NCFS), despite the best efforts of is vice-chairs, Nelson Santos and John Butler – both highly regarded forensic science professionals, seems to languish in arm-chair pondering of legal technicalities and feigned outrage over exaggerated judicial grievances that distract some of its more influential members from addressing the most serious, existential challenges faced by forensic science professionals in the United States.

If you can imagine a drowning man fighting to stay afloat while attorneys and law professors stand on the beach blaming him for the depth of the water, you can more-or-less understand what forensic science professionals have dealt with for two decades.

The real narrative is this: Forensic science in the United States is remarkably accurate despite its challenges. The chance of randomly selecting forensic test results from the millions performed each year and finding a major error are remote at best. Forensic science is not, by any stretch, a significant cause of erroneous convictions nor a public enemy. Failures do happen from time to time, and sometimes they are very serious. But they historically reveal themselves to be isolated instances of organizational failure, not systemic occupational weakness.

Forensic science is a success story, and it makes our criminal justice system better – by orders of magnitude.

The volume of research and scrutiny that validates the many forensic disciplines used today is overwhelming. But here is the problem. This research has been done for over a century and is not as neatly organized and accessible as many would like. In some instances, it can be improved and expanded. These are legitimate complaints.

Also, Dr. Jon Gould found that the chief culprit in those few instances where scientific evidence improperly implicated a defendant who was later exonerated is the mischaracterization of the evidence in court – much more of rhetorical problem than a technical one.

In this regard, trial attorneys and judges are as much to blame for this phenomenon as misguided expert witnesses – as Gould explains. During opening and closing statements, for example, prosecutors and defenders have wide latitude to dismiss or embellish scientific evidence to their liking, which usually happens outside the watch of anyone knowing anything about science.

This is where the National Academy of Sciences got it right. Our system of justice is simply too archaic and adversarial for there to be the kind of insightful analyses of scientific evidence that are needed. It is the practice of law in the United States that is failing, not forensic science.

Forensic science, of course, needs help. It is underfunded, inadequately supported, and misunderstood by attorneys, judges, and elected officials. Since it struggles so mightily to keep pace with the demand for its services, how could it possibly summon the strength to correct the fictional narrative?

It can’t.
High-Stakes Leadership
More Articles All Articles
About