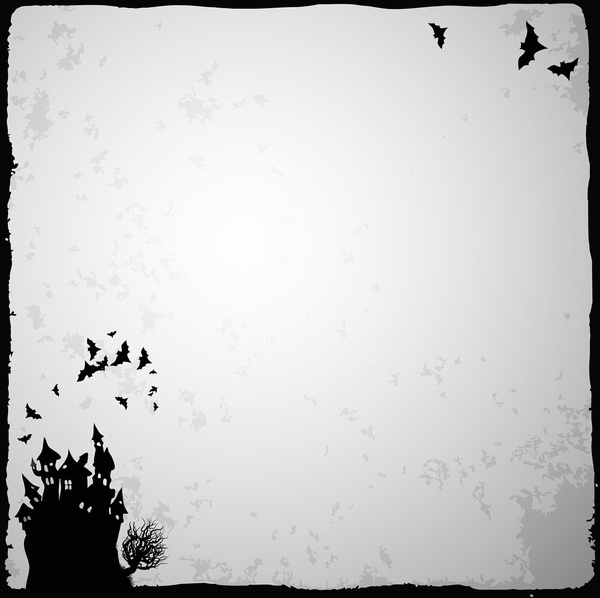 Because its spirit seeks truth objectively rather than by imposition, science must enjoy academic freedom to be useful. The spirit of science is dialectic, in perpetual open discussion and debate about the nature of things. It is the opposite of religion, the opposite of fundamentalist positions and dogma, the opposite of politics or diplomacy.

Only within this freedom can it advance and produce new ideas. Nonetheless, there are epochs in which science, academia and all intellectual activity are constrained by an ideological system to create monsters at the beck and call of political or religious agendas. Are there examples nowadays? Yes, there clearly are, and gender ideology is one of them.

Radical egalitarianism defends the idea that any collective of adult human beings has the same innate distribution of qualities, independently of race, ethnicity, sex, etc., and, if we observe any difference in individuals of different sex, those differences must be the product of culture. However, there is no anthropological evidence that there has been, or can ever be, any human society in which male and female roles are diluted to the extent that there is only a single type of androgynous human beings without sexual traits in their behaviour or in the division of labour. Feminism has been built upon ideas that neither can be proven nor refuted; indeed, some feminist claims even go against scientific analyses that tell us that male and female differences are not merely cultural or the product of patriarchal indoctrination, or that men and women display patterns of behavioural and cognitive differences that reflect varying hormonal influences on brain development.

Based on this prejudice of exactly equal innate properties of the distributions of individuals of different sex, any observed difference, for instance concerning top positions in the scientific hierarchy, is attributed to a biased and abusive heteronormative and patriarchal culture unfairly imposed by a male culture. There are, however, other hypotheses to consider in explaining the observed differences:

1)      An important factor regarding the lower number of women in some areas might be lower interest levels due to innate predisposition rather than the educational/cultural bias. As a matter of fact, women in countries with a higher gender equality tend less often to choose to work in the fields of science, technology, engineering, or mathematics (STEM). Note however that correlations may have more complex interpretations.

2)     Another tentative hypothesis is that, although on average men and women have similar levels of intelligence, the variance of the distributions is greater in men, and it is consequently expected that there are more geniuses among men than among women (and that there are also more stupid individuals among men than among women). But, even if this hypothesis were correct, it is not very likely to be an important factor in explaining the distribution of high positions in the pyramid of power in the present-day scientific system, because there are indeed very few geniuses there, and access to these positions is more related to candidates' abilities as administrators than to their  intelligence in solving scientific problems (although in the past problem-solving skill was possibly a more important factor in selection).

3)     A third factor is simply that women dedicate on average more time to looking after family members so that “on average” there are fewer of them available to reach the highest positions since the tasks associated with such positions cannot be tackled from home. Women are 2.8 times more likely than men to leave science and engineering careers for other occupations and 13 times more likely to exit the labour force (data from Susan Pinker, 2009, The Sexual Paradox: Men, Women and the Real Gender Gap). Interestingly, statistics show that, in science, the drop-out rate among women occurs during the postdoc phase. As postdoc contracts coincide with the time when women build families, it is likely that they leave, not because of the greater genius of men,but because the academic system was created upon male values, and less to emotional attachment to family. The social needs and the desire of many women to spend time close to their family are entirely disregarded by the current academic system, which expects you to uproot yourself every few years until you land a permanent position.

None of these three factors involves discrimination for the reasons of sex, if we attend to the definition of “discrimination” , because they do not imply different ways of selection for men and women.

The ideology of feminism has invaded the sanctuary of science and objective scientific reasoning is being substituted by politically correct thinking. At present, we are witnessing a wave of proselytism in research institutes and the application of the slogans of the new creed; indoctrination talks have become the norm, along with congresses on gender and science, in which only arguments in favour of the new ideology are accepted, all discrepant views being rejected or censored. An example of this bias and exclusion of any professionally qualified opinion that disagrees with the creed is the compilation of articles in the special issue of the journal Scientific American on “The New Science of Sex and Gender”, which can be considered a media campaign in pursuit of dogmatism.

For the ideologists, their own point of view is undeniable; they never recognize that they are defending an ideology, and criticism of their point of view is considered heretical and offensive. A recent case in point is the challenging presentation by Alessandro Strumia, which was censored by CERN  (Conseil Européen pour la Recherche Nucléaire), which also suspended him as member of the research centre. Maybe the administrators of science nowadays do not understand that academic freedom is the most important value of our system as scientists and thinkers. CERN argues that mention in some slices of some of the names of a selection committee related to a case in dispute is against its Code of Conduct. This is simply solved just asking the author to remove the inappropriate slide rather than ban the entire seminar. Moreover, Codes of Conduct are worthless documents if they contravene the laws of a country, and it is not clear to me that revealing the names of members of a committee that uses public money be a crime under any constitution. Nepotism or unfair decisions cannot be prevented when arbitrary rules like this of some tailor-made Codes of Conduct prevail. Transparency should be the norm, and the discrimination against either women or men may be licitly denounced, even by mentioning names.

Strumia's case is yet another of the multiple cases in our epoch of ideological repression, similar in characteristics to the shameful witch hunt of communists promoted by Senator McCarthy in 1950s in the US. Many witch hunts in science are taking place in the name of the defence of women's rights, although the “guilties” are no longer burnt alive, but merely ostracized and exiled – McCarthy-style – from the world of labour and culture.

Feminists do not defend all aspects of gender equality and equal privileges. They complain about the glass ceiling, but they never talk about the glass floor of the lower-rank positions, which endure the miseries of higher rates of suicide, fatal work accidents, injury in wars, etc. Rather than fighting against current discrimination, they apparently fight to impose a vision of the world and obtaining a greater share of power and wealth in terms of millionaire funds for gender-equality commissions and those who serve on them.

The world of culture is today composed of men and women with greater or lesser presence in all areas. Currently more women graduate at university than men in western countries. However, the feminist movement remains committed to seeking out actions in the world of culture that go against women, largely because of the much lower feminine presence in textbooks. The problem is difficult to solve because history is irreversible and one cannot change what has obviously been a reality for many centuries: that culture before the 20th century was mostly a product of men, and this is even more marked within science. However, the current feminist ideological programme has revisionist overtones, and there are many attempts to rewrite history. Thus, for example, a biologist in the University of La Laguna (Canary islands, Spain) once said that, in a commission created to decide according to technical and historical criteria the names of the eight most important biologists in history, there were at first no women, but after terrible pressures from the Gender Equality Unit of that University, it was decided to eliminate one of that eight names and replace it by a woman's of much less importance in the history of biology: the erased one was Linnaeus. The biologist also commented: “I know that this barbarity from the academic point of view is being sold in local high school institutes as a great success of feminist power". This is not an isolated event. In fact, the distortion of culture reaches extremes in some leading nations in the feminist struggle. In Sweden, for example, that laboratory of systematic violations of academic freedom, even university lecturers are forced to introduce a quota system whereby more than 40% of the names mentioned in academic courses referring to historical events in the development of certain cultural areas must be women. Certainly, there are relevant female figures in the history of culture and even more nowadays, but the price of striving to artificially increase the number of women is a lowering of the average quality of their representatives, resulting a global impression that does little to benefit the image of women in science.

Acknowledgements: Thanks are given to Beatriz Villarroel, and Terence J. Mahoney  for helpful suggestions to improve the contents of this article and proof-reading.