Like most young people, the first job is not the best job and they will often leave when a better opportunity comes along.

There is strong demand for nurses so it's no surprise that there is turnover among young ones. Once they prove they can do the job, hospitals and practices are going to recruit them and pay higher salaries, because they are not paying training costs.

A study in the current issue of Policy, Politics&Nursing Practice reveals that an estimated 17.5 percent of newly-licensed RNs leave their first nursing job within the first year and one in three (33.5%) leave within two years. The scholars found that turnover for this group is lower at hospitals than at other health care settings. 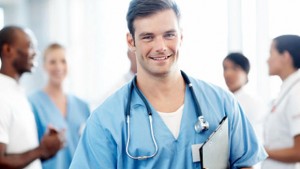 The analysis synthesized existing turnover data and reported turnover data from a nationally representative sample of RNs, was conducted by the RN Work Project, funded by the Robert Wood Johnson Foundation. It is the only longitudinal study of RNs in the United States. The data comes from surveys of three cohorts of newly-licensed RNs conducted since 2006.

Registered nurses (RNs) leaving their jobs (RN turnover) is costly for hospitals and may affect quality of care, even when the nurses are new. Organizational costs associated with RN turnover are guesstimated to be as much as $6.4 million for a large acute care hospital, and studies have associated turnover among health providers with an increase in the use of physical restraints, pressure ulcers and patient falls.

The RN Work Project is directed by Christine T. Kovner, PhD, RN, FAAN, professor at the College of Nursing, New York University (NYU); and Carol Brewer, PhD, RN, FAAN, professor at the School of Nursing, University at Buffalo. Other investigators for this study were Farida Fatehi, MS, BDS, data analyst at New York University; and Jin Jun, MSN, APRN, CCRN, research assistant at also at the College of Nursing at NYU.

The authors point out many of the problems with existing turnover numbers in the literature.

"One of the biggest problems we face in trying to assess the impact of nurse turnover on our health care system as a whole is that there's not a single, agreed-upon definition of turnover," said Kovner. "In order to make comparisons across organizations and geographical areas, researchers, policy makers and others need valid and reliable data based on consistent definitions of turnover. It makes sense to look at RNs across multiple organizations, as we did, rather than in a single organization or type of organization to get an accurate picture of RN turnover."

The research team noted that there are different kinds of turnover, and that in some cases, RN turnover can actually be helpful. In cases of functional turnover, a poorly functioning employee leaves, as opposed to dysfunctional turnover, when well-performing employees leave. Authors recommend that organizations pay attention to the kind of turnover occurring, and point that their data indicate that when most RNs leave their jobs, they go to another health care job.

"Developing a standard definition of turnover would go a long way in helping identify the reasons for RN turnover and whether managers should be concerned about their institutions' turnover rates," said Brewer. "A high rate of turnover at a hospital, if it's voluntary, could be problematic, but if it's involuntary or if nurses are moving within the hospital to another unit or position, that tells a very different story."

The RN Work Project's data include all organizational turnover (voluntary and involuntary), but do not include position turnover if the RN stayed at the same health care organization.