Another American election season has come and gone.  In San Francisco, Rep. Nancy Pelosi, Minority Leader of the House, campaigned only modestly, even in a year when voters turned on Democrats nationwide she was sure to get 80 percent of the vote, and once again she talked about abortion, saying that if Democrats were not in charge, they would be banned.

It is hard to imagine that 1 person out of 435 would cause a 40-year-old abortion law to be overturned but the implication has always been that the federal government must control it because of the dangers of 'back alley abortions' that were unsafe.

Was that the case? It's hard to know, there were not 1,000,000 annual terminated pregnancies then like there are now, though the 5 largest population states had legal abortions at the time Roe v. Wade was settled by the Supreme Court. Statistics were sparse. But other countries can shed some light.

They show an abortion "paradox" - illegal abortions are not more risky than legal ones. Doctors do not suddenly become more competent because they have political approval nor are less competent ones more likely to do them. 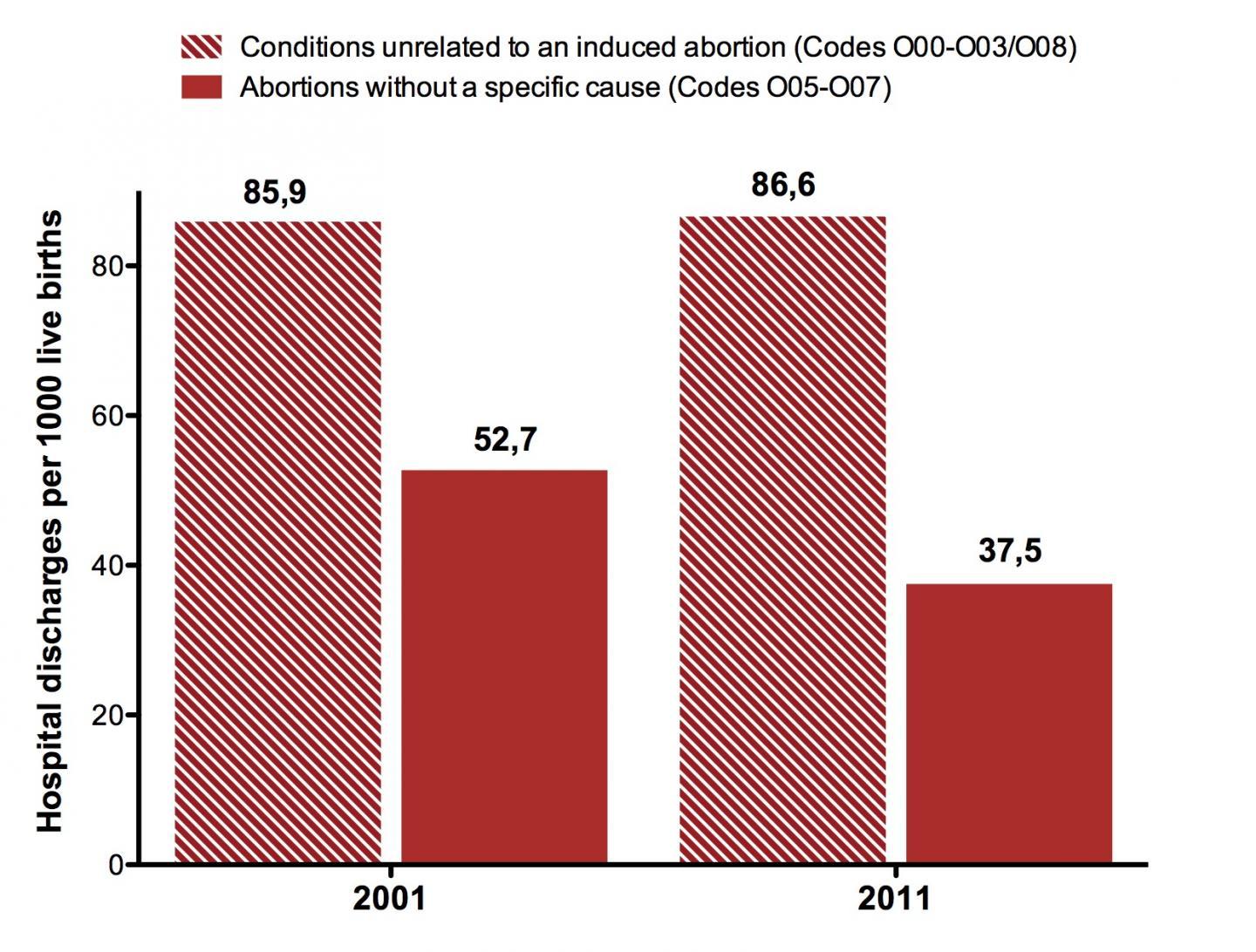 Data obtained from the Ministry of Health of the Government of Chile. Credit: MELISA Institute

Chilean epidemiologist Elard Koch, Director of Research of the MELISA Institute, writes in the journal of the Chilean Society of Obstetrics and Gynecology that not only did abortion-related mortality continued its decreasing trend in Chile after its ban in 1989, but hospital discharges due to abortion have significantly decreased during the last decade.

According to more recent official data, Chile shows a continuous decreasing trend of hospital discharges due to complications of illegal abortions - represented by specific codes of the World Health Organisation classification - at a rate of 2% per year since 2001. In contrast, a decreasing trend was not observed in hospital discharges due to other types of abortion, such as spontaneous abortion or ectopic pregnancies, which have remained constant during the same period.

The high quality of Chilean vital statistics indicates these findings are unlikely to be the result of an artifact of the registry system. Rather, a decrease in hospital discharges due to complications from illegal abortion appears to explain virtually all the reduction in hospital discharges due to any type of abortion in Chile during the last decade.

What accounts for this abortion paradox? It should be that when they are restricted, harm from illegal ones go up.

An ongoing study on the vulnerability profile of 3,134 Chilean women with unplanned pregnancies at risk of induced abortion. This research suggests that women at high risk of abortion display a vulnerability profile marked by coercion and fear, which together account for nearly 70% of the reasons for declaring the intention to terminate the pregnancy. Moreover, data suggest that support programs directed to vulnerable women can prevent most illegal abortions, with an outcome of live birth (with or without adoption) ranging between 69% and 94% depending on the risk group.

In Chile, it is estimated occur 13,000 to 18,000 illegal abortions each year, representing a death risk of 1 in 4 million women of fertile age and leading to about 16% of hospital discharges due to any type of abortion. It is thought that most illegal abortions are provoked through the self-administration of misoprostol rather than with doctors. Several authors agree that the Chilean progress in this matter is likely to be explained by the success of maternal health policy interventions, the access to modern methods of family planning, the increase in women's educational level and, more recently, to the emergence of support programs for vulnerable women with unplanned pregnancies at risk of abortion.