Pink salmon that begin life in freshwater with high concentrations of carbon dioxide, which causes acidification, are smaller and may be less likely to survive, according to a new study.

The risks of ocean acidification on marine species have been studied extensively but the impact of freshwater acidification is not well understood. The study is one of the first to examine how rising carbon dioxide levels caused by climate change can impact freshwater fish.

“Most of the work on acidification has been in the ocean, yet 40 percent of all fish are freshwater. We need to think about how carbon dioxide is affecting freshwater species,” said Colin Brauner, a professor in the Department of Zoology at UBC. “We found that freshwater acidification affects pink salmon and may impact their ability to survive and ultimately return to their freshwater spawning grounds.” 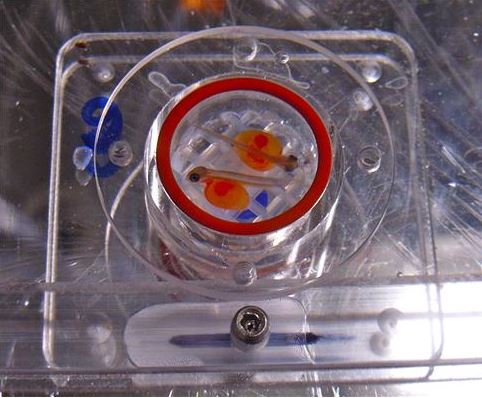 The study examined how baby salmon respond to fresh and ocean water with the levels of carbon dioxide expected 100 years in the future. Researchers monitored the salmon for ten weeks, from before they hatched to after the time they would migrate to ocean water.

Researchers found that these salmon were smaller and their ability to smell the water was reduced, which is important for returning to their spawning ground at the end of the life cycle and for sensing danger and responding to it. Once the salmon reached the age when they would typically begin their seaward migration, researchers found they were less able to use oxygen to exercise, which is likely to hurt their ability to find food, evade predators, and migrate.

“The increase in carbon dioxide in water is actually quite small from a chemistry perspective so we didn’t expect to see so many effects,” said Michelle Ou, a former master’s student who is the lead author of the study. “The growth, physiology and behavior of these developing pink salmon are very much influenced by these small changes.”

Brauner and Ou worked with pink salmon for their study as it’s the most abundant salmon species on the West Coast and of high economic and ecological importance. Pink salmon enter the ocean at the smallest size of all Pacific salmon and consequently may be the most sensitive to aquatic acidification. Further research is needed to examine the long-term impacts of freshwater and ocean acidification on all salmon species.