Archaea Can Survive Anywhere, Now They Might Be A Source Of Antibacterial Drugs
By News Staff | November 22nd 2014 08:13 AM | Print | E-mail

Archaea are a family of single-celled organisms that can thrive in environments like boiling hydrothermal pools and smoking deep sea vents deep underground, which are too extreme for most other species to survive.

Until the late 1970s, biologists thought that Archaea were just weird bacteria, but then a landmark analysis of their DNA showed that they represent an independent branch on the tree of life that stretches back more than three billion years.
Now they may be a new source of antibacterial drugs.

Researchers have discovered a functional antibacterial gene in Archaea

The realization that Archaea could be a source of novel pharmaceuticals emerges from a study of widespread horizontal gene transfer between different species conducted by a team of scientists from Vanderbilt University and Portland State University in Oregon.

The researchers were investigating a gene that produces a type of enzyme found in tears, saliva, milk and mucus called a lysozyme. This particular lysozyme possesses broad-spectrum antibacterial action and remarkably jumped from bacteria to all major branches of life. They discovered it in an extremely unlikely source: an Archaea microorganism that inhabits deep sea areas surrounding jets of superheated mineral water spewing from hydrothermal vents. 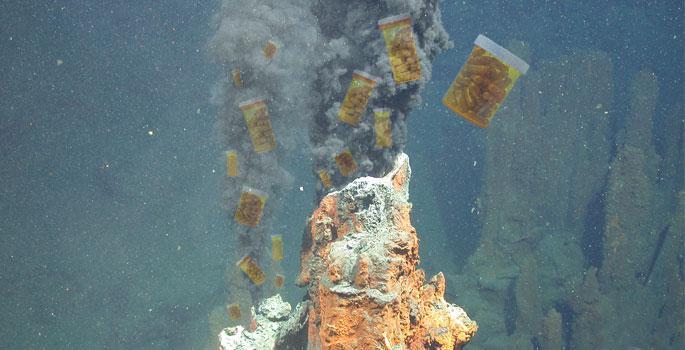 "It is the first discovery of a functional antibacterial gene in Archaea," said Seth Bordenstein, the associate professor of biological sciences at Vanderbilt University who directed the study, "You can't overstate the significance of the antibiotic resistance problem that humanity is facing. This discovery should help energize the pursuit for new antibiotics in this under-explored group of life."

The paper that describes this discovery is titled "Antibacterial Gene Transfer Across the Tree of Life" and was published online on Nov. 25 in the new science journal eLife. The authors are Jason Metcalf, who is pursuing both Ph.D. and M.D. degrees, doctoral student Lisa Funkhouser-Jones and Bordenstein from Vanderbilt and postdoctoral student Kristen Brileya and Professor Anna-Louise Reysenbach from Portland State University in Oregon.

Before now scientists had largely ignored Archaea as a source of drugs because they don't cause any diseases in humans and experts thought they didn't interact much with the other forms of life because they were limited to extreme environments.

In recent years, however, investigators have found that significant numbers of bacteria co-exist with Archaea in extreme environments and that Archaea themselves are not limited to such environments but also live in milder environments, such as within marine algae and in mammalian guts.

The scientists first encountered this antibacterial gene, a GH25-muramidase, in a bacteriophage virus that attacks Wolbachia, a bacterial parasite that infects insects and other invertebrates worldwide. It is a member of a family of enzymes that are common in bacteria, which use them to remodel their cell walls. Bacteriophages use the same enzymes to invade bacteria by chewing holes in their cell walls.

In addition, the gene's presence in an insect, the pea aphid, had previously been reported. But when they examined its evolutionary history, the researchers were surprised to find that the gene also popped up in an ancient lineage of plants (Selaginella moellendorffii) and many species of fungi including Aspergillus oryzae, a mold used in Asian cooking to make soy sauce, miso and alcoholic beverages like sake.

"That was completely unexpected," said Metcalf. "But the weirdest occurrence was in an Archaea species Aciduliprofundum boonei that lives in hydrothermal vent communities. Why in the world would it need such an enzyme?"

In order to explore this question, Metcalf tracked down one of the few groups of scientists in the world who specialize in collecting and growing Archaea species, including A. boonei: the Reysenbach Lab at Portland State. With their aid, he was able to purify A. boonei's GH25-muramidase domain, a step that was needed to determine the enzyme's function.

"What is really cool about these results for me comes from an ecological perspective," said Reysenbach. "These Archaea live in close proximity, in biofilms, to extremophile bacteria and need to compete for resources. I have often wondered, 'How do Archaea do it?' Through this paper, we show that the smart archaeal 'bugs' do so by stealing genes from their bacterial 'mates' and competitors. This points to Archaea being good, as yet relatively untapped targets for exploring new antibacterial drugs."

Metcalf also spent more than two years trying to purify the enzymes from the gene-carrying plant and fungi without success. "That is not unusual. It can be very difficult to purify large antibacterial proteins," said Bordenstein. "This was a very difficult, multifaceted project. Only someone with Jason's abilities could have pulled it off."