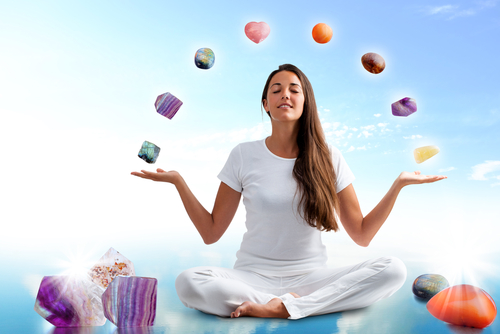 Survey data find that homeopathic purchases are primarily made by a small segment of the U.S. population for common, self-limited conditions such as the common cold or back pain. Though they can't do anything, a survey in the American Journal of Public Health finds that those who report visiting homeopathic practitioners find the use of these products helpful and that they also tend to pay for complementary and integrative medicine (CIM) gimmicks - even more so than users of supplements do.

"The information provided by this survey is important to regulatory officials at the FDA (Food and Drug Administration) and the FTC (Federal Trade Commission), both of which have inquired about the public use and perception of these products," says Michelle Dossett, MD, PhD, MPH, of the Benson-Henry Institute at Massachusetts General Hospital, lead and corresponding author of the paper. "Since most people purchase these products over the counter without physician guidance, it is reassuring to see that most use them for non-serious, self-limited conditions."

Well, not if you care about people who clearly have lower education being bilked out of money by charlatans. Yes, their cold won't get worse, but it will get no better than if they kept their wealth.

Homeopathy is a belief system based on the principal of similars - that highly diluted substances that treat symptoms will cure or prevent diseases - that was discredited in the 19th century. Somehow, it is still practiced today and it is conveniently near the supplements section of stores that sell such things. The new paper used information from the National Health Interview Survey, which is conducted annually by National Center for Health Statistics of the Centers for Disease Control and Prevention. The 2012 survey included a number of questions about participants' use of CIM and was completed by more than 34,500 adults. The paper authors - based at Beth Israel Deaconess Medical Center, where Dossett was a research fellow at the time of the survey - divided respondents into four groups: those who used homeopathic products during the preceding 12 months, those who used supplements but did not use homeopathy, those who used other forms of CIM but not homeopathy or supplements, and those who did not use CIM.

While two-thirds of the 718 respondents who used homeopathy ranked it among their top three CIM therapies, only 140 or 19 percent reported seeing a homeopathic practitioner during the preceding year. One third of homeopathy users - both those who did and did not consult practitioners - reported using homeopathy to address specific health conditions, most commonly head and chest colds. Those who did see a practitioner were significantly more likely to report that homeopathy was very important to maintaining their health and that it had helped their health problem 'a great deal.'

"Our data suggest that the likelihood of people using these products for serious conditions without input from a healthcare professional is low, and data from other groups suggest that most CIM use is in addition to, not in place of, conventional treatment,"  says Dossett, who is an instructor in Medicine at Harvard Medical School.