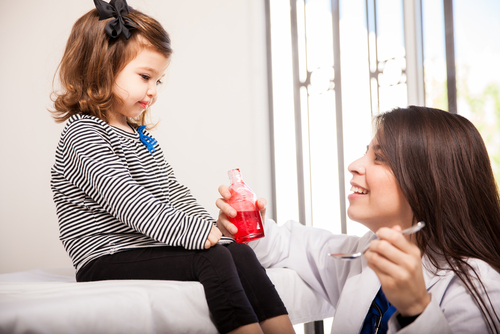 An article describes the first published case of confusional state in a healthy 14-year-old girl attributed to excessive consumption of over-the-counter cough medicine that contained codeine. Codeine is a widely prescribed painkiller, but it can also be purchased over the counter in preparations of cold/cough remedies.

Codeine intoxication symptoms often include central nervous system depression, respiratory depression, severe itching of the skin, and flushing. Confusion is a relatively unusual complaint but the teenage girl experienced confusion and the loss of the ability to create new memories. She falsely reported to have completed tasks, for example, by claiming to have showered when it was obvious to her mother that she had not. In addition, she switched languages during her homework. She slept up to 20 hours a day, had a decreased attention span and suffered from intermittent headaches.

Before these symptoms, the patient experienced flu-like symptoms over a 15 day period, during which she was absent from school. She had been taking 2-3 spoonfuls daily of codeine cough suppressant, oral codeine phosphate, over this time.

Each spoonful is equivalent to 15 mg of codeine, and the patient consumed a total of 450-675 mg over 15 days, instead of the recommended maximum dosage of 270 mg during any given course of treatment. A urine test reported positive for codeine, and no other drugs were present.

There is little evidence showing benefits of codeine in cough remedies, and the risks associated with codeine use in over the counter cough suppressants may be "particularly unnecessary" because of the lack of evidence but the authors of the article nonetheless conclude that reported child and adolescent deaths following codeine use, and "the combination of lack of efficacy, risk of acute intoxication and dependence, suggests that the use of OTC codeine preparations may be unwarranted."