Female Genius? Black And Brilliant? Not According To RateMyProfessors
By News Staff | March 4th 2016 04:19 AM | Print | E-mail 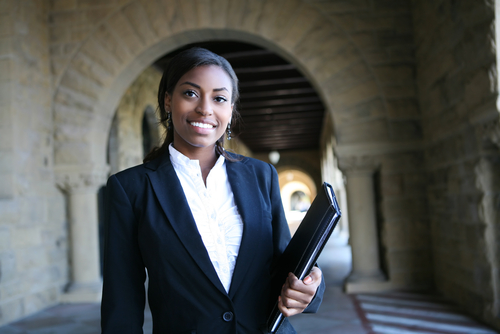 An analysis of more than 14 million reviews on RateMyProfessors.com, a site where students write anonymous reviews of their professors, found that words like "brilliant" and "genius" are most often used to describe male professors, and in academic disciplines in which there are fewer women and African-Americans.

The findings are reported in PLOS ONE, a pay-to-publish journal which has been criticized recently for a lack of peer review and, ironically, being biased against female authors.

Terms like "brilliant" and "genius" were most often used on distinctly different fields, like philosophy on the humanities side and physics on the science side. What do those two share in common? Fewer women and African-American students are a distinct minority, the authors note. One of the authors is a psychologist, which is overwhelmingly women, while Education and the social science are also heavily dominated by women. In science, only the life sciences have real gender parity.

So philosophy and physics students are more inclined to flowery praise? It may be, but the authors suggest something more malevolent; prejudice in academia. They found this same result last year in a Science paper, when they asked graduate students, researchers and faculty members to name the qualities that were most conducive to success in their fields. Survey participants who emphasized brilliance or genius were more likely to belong to academic disciplines where women and African-Americans were underrepresented and so a post hoc ergo propter hoc fallacy was invoked. That doesn't mean their conclusion is untrue, it is just that a survey based on linguistics is a terrible way to show  it. For example, physics will have more Asian students. How inclined are Asians to use a word like genius or or a word with two L's like brilliant? Still, they contend spontaneous comments provide insight rather than just reflecting language fads. "What's valuable about spontaneous comments is that they provide an unvarnished reflection of how people evaluate others in their field, and what they look for in other people in that field," said co-author University of Illinois psychology professor Andrei Cimpian.

In the 2015 survey, the researchers tested several alternative hypotheses to explain why some disciplines have so few practitioners who are female or African-American. The authors said none of the hypotheses could explain the phenomenon as well as the belief that brilliance or genius was necessary for success in those fields. The new RateMyProfessors analysis finds that none of the following four factors could fully explain the underrepresentation of women or African-Americans in a field: average GRE (graduate school entry exam) math scores, the desire to avoid long hours at work, the selectivity of each field or the ability to think systematically. While there are correlations between some of these factors and the presence or absence of women and African-Americans in some fields, "we consistently found that the only thing that was explaining the proportions of women and African-Americans in a particular field was that field's emphasis on the importance of brilliance and genius," said University of Illinois graduate student Daniel Storage.

Cimpian goes farther and claims they are externally stereotyped by other academics. "Both of these groups are stereotyped in a similar way about their intellectual abilities and therefore are potentially affected in a similar way by the amount of emphasis that's put on brilliance. The people in certain fields might not see that quality in women and African-Americans. Women and African-Americans themselves may be conditioned to not see these qualities in themselves."


It's a linguistics explanation for stereotype threat, which remains speculation. After all, if stereotype threat is real, it would also explain the lack of Republicans with tenure, and academics insist that is self-selection. Yet if academia is as biased as papers like these purport to show, it may be unconscious.