Female triathletes are at risk for pelvic floor disorders, decreased energy, menstrual irregularities and abnormal bone density, according to researchers at Loyola University Health System (LUHS). These data were presented at the American Urogynecologic Society 2014 Scientific Meeting in Washington, DC.

The study found that one in three female triathletes suffers from a pelvic floor disorder such as urinary incontinence, bowel incontinence and pelvic organ prolapse. One in four had one component of the female athlete triad, a condition characterized by decreased energy, menstrual irregularities and abnormal bone density from excessive exercise and inadequate nutrition.

"There has been a surge in popularity of high-impact sports such as triathlons, but little has been known until now about the prevalence of pelvic health and certain other issues associated with endurance training and events," said Colleen Fitzgerald, MD, study investigator and physiatrist, LUHS. 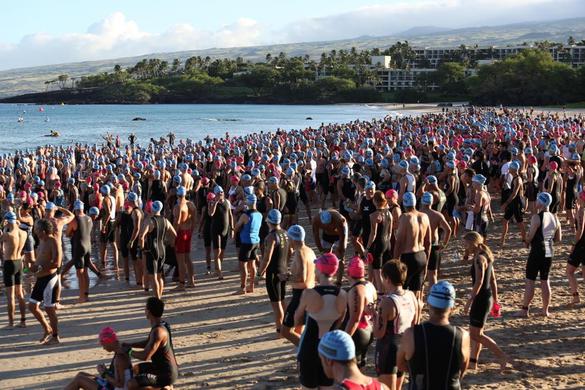 Researchers surveyed 311 women for this study with a median age range of 35 – 44. These women were involved with triathlete groups and most (82 percent) were training for a triathlon at the time of the survey. On average, survey participants ran 3.7 days a week, biked 2.9 days a week and swam 2.4 days a week.

"While both pelvic floor disorders and the female athlete triad are prevalent in female triathletes, both are often ignored," said Johnny Yi, MD, urogynecologist and study investigator. "Doctors should be aware of how common these conditions are in this group of athletes and treat patients appropriately to avoid long-term health consequences."