Up to 1 billion people globally have insufficient or deficient vitamin D levels even though many western nations fortify milk with it. The reason is lack of sun exposure in some places but with a culture war on both sunshine and diet low vitamin D levels have become more common, even for elite college athletes, according to a new study.

But don't be duped into buying supplements, you can get it from your diet. Just eat more fish.

The work found that more than one-third of Division I college athletes may have low levels of vitamin D, which is critical in helping the body to absorb calcium needed to maintain bone mass, and to minimize musculoskeletal pain and injury risk. 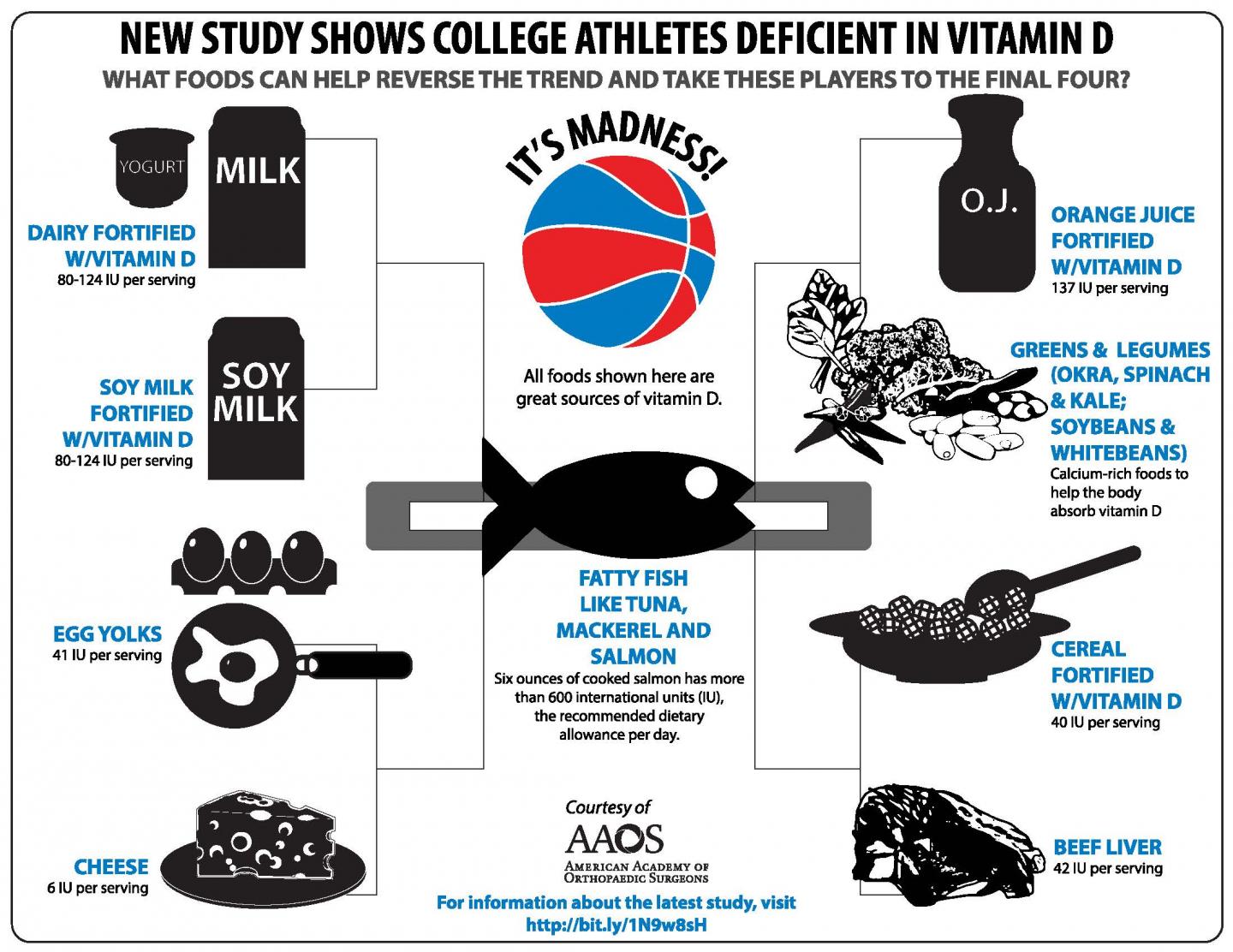 In this study, researchers measured the serum 25-hydroxyvitamin D (serum 25) levels of 223 National Collegiate Athletic Association (NCAA) athletes (121 men and 102 women) between June 2012 and August 2012. The mean serum 25 level for the athletes, enrolled in a broad range of indoor and outdoor sports, was 40.1 ±14.9 ng/mL (?32 ng/mL is considered normal; 20 to <32 ng/mL, insufficient; and <20 ng/mL, deficient). Overall, 66.4 percent of participants had sufficient vitamin D levels and 33.6 percent, insufficient or deficient levels.

"Our study demonstrated abnormal vitamin D levels in nearly one out of three elite NCAA Division I athletes tested," said Dr. Villacis. "Although there is much more work to be done, our results open the possibility for improved performance and most importantly decreased risk of injury with correction of vitamin D levels. This may potentially be achieved simply and safely through modification of diet, sunlight exposure, and vitamin D supplementation."