Bisphenol A, known as BPA, is in the middle of an environmental culture war and a hurriedly-rushed replacement, Bisphenol S (BPS), is just as big a concern.

We need plastic, food items are covered in plastic to make them last longer and protect them from microbes, but we know that plastic bottles and films take between 100 and 400 years to degrade, so the quest for alternative materials to plastics has been ongoing. That means we should not rush to embrace things just because they are 'not BPA', which still has no evidence of harm (unless hyperactive zebrafish count).

Science will solve it, but it takes time. Various products and substances have been proposed as alternative materials: cellulose, potatoes - and chitosan, because it is renewable and basically crustacean garbage. 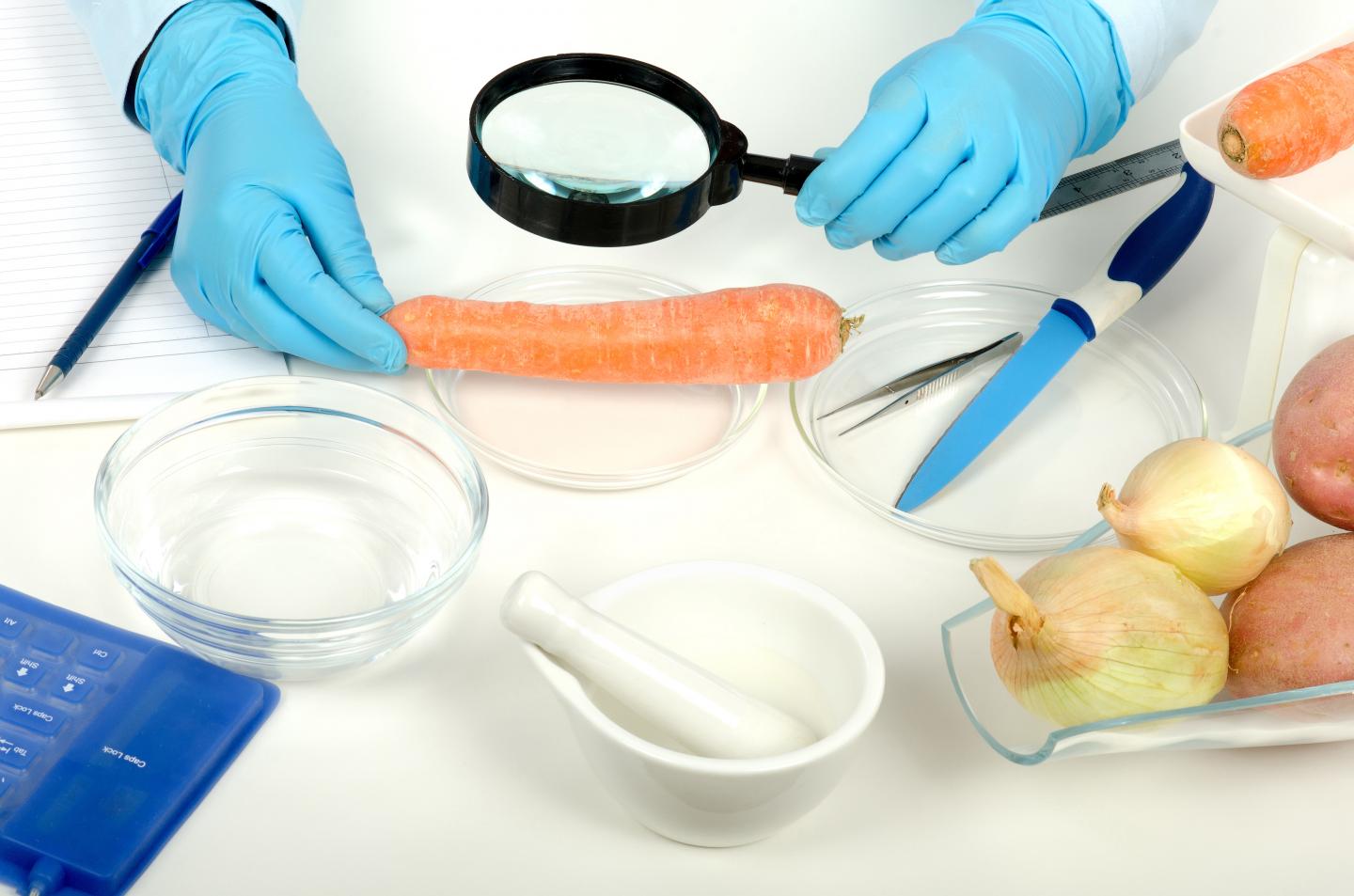 Chitosan may be your futuristic film wrap. Credit: UPV/EHU

"Chitosan is made out of the shells of prawns, king prawns and other crustaceans. The environment benefits from the use of this waste material and, what is more, the resulting product, chitosan, is biodegradable," says Itsaso Leceta of the University of the Basque Country. "Chitosan also has antimicrobial properties, so it is highly suited to the food industry, as it reduces the microbial load - in this case - of carrots. That is why their properties have been preserved better."

Which is better: the devil or the deep blue sea?

Although the results of laboratory tests have been satisfactory, the massive industrial use of chitosan for packaging food is still off in the distance.

"We have to go on conducting research. Just as with renewable energies, it is better to have various options -to produce a mix- rather than just to have only one. You have to work with different polymers, to reduce the use of petroleum-based materials as much as possible," said Leceta. "If we take into consideration the whole life cycle, in many environmental categories our material is better than that which is manufactured using petroleum by-products. The key is the environment, and that has been the cornerstone of my thesis. If we don't manage to manufacture a material that is better from the environmental perspective, there will be no point in our work."

But not all that glitters is gold, as the saying goes: "Chitosan film is better than plastic film in terms of the environmental impact, in a range of categories, but that does not mean it does not pollute. The manufacturing of chitosan, unlike the production of conventional plastics, has yet to be optimized. Once it has been optimiszd, the environmental impact of chitosan will be reduced even further".

Every option has its downside. "There is a saying about what is 'better', the devil or the deep blue sea? Well, we, too, often have to opt for the lesser evil," says the researcher.

The work for this PhD thesis was mostly done at the Polytechnic School of Donostia-San Sebastian. Itsaso Leceta also spent three months at University College Cork-UCC (Cork, Ireland), after which she published the research work Quality attributes of map packaged ready-to-eat baby carrots by using chitosan-based coatings, using the results of the collaboration with the Department of Food and Nutritional Sciences of University College Cork. The research work done in collaboration with the Department of Applied Chemistry of the UPV/EHU's Faculty of Chemistry were also published in the PhD thesis.