The information captures the dying moments of the magnetic field during core solidification on a meteorite parent body, providing a sneak preview of the fate of Earth's own magnetic field as its core continues to freeze.

Meteorites were previously thought to have poor magnetic memories, with the magnetic signals they carry having been written and rewritten many times during their long journey to Earth. Harrison, however, identified specific regions filled with nanoparticles that were magnetically extremely stable. These "tiny space magnets" retain a faithful record of the magnetic fields generated by the meteorite's parent body. Harrison and his colleagues could map these tiny magnetic signals using circular polarized X-ray synchrotron radiation at BESSY II. 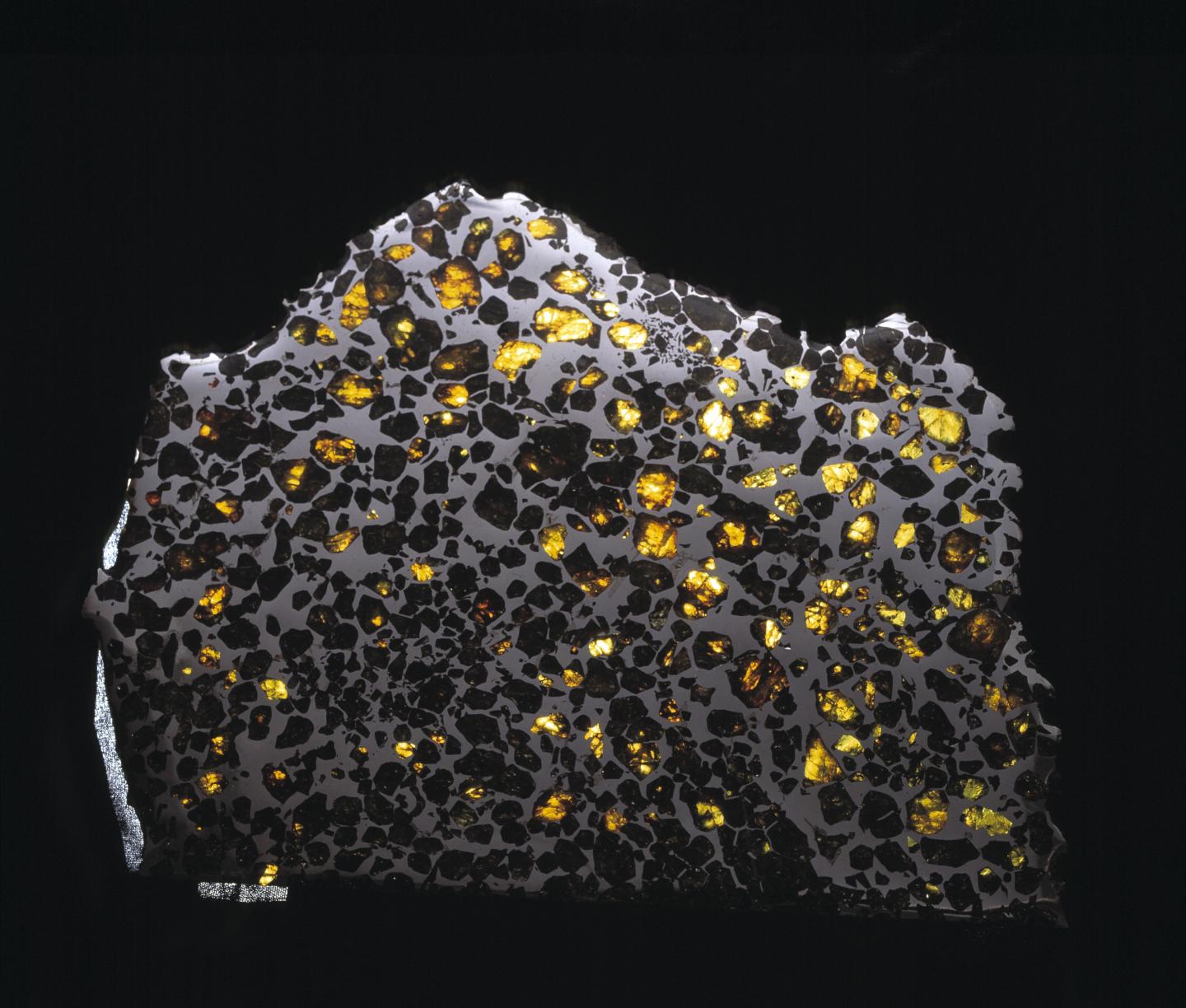 Meteorites have witnessed a long and violent history; they are fragments of asteroids which formed in the early solar system, 4.5 billion years ago. Shortly after their formation, some asteroids were heated up by radioactive decay, causing them to melt and segregate into a liquid metal core surrounded by a solid rocky mantle. Convection of the liquid metal created magnetic fields, just as the liquid outer core of the Earth generates a magnetic field today. From time to time asteroids crash together and tiny fragments fall to Earth as meteorites, giving scientists the opportunity to study the properties of the magnetic fields that were generated billions of years ago. "They are like natural hard discs", Dr. Richard Harrison believes. The geologist from the Department of Earth Sciences, University of Cambridge, UK, is searching for methods to decipher the information stored deep inside the space rocks. Now his new approach has yielded its first results.

Until now it was not clear whether ancient magnetic signals could be retained by stony-iron meteorites at all. Large and highly mobile magnetic domains are found within the iron metal: these domains create huge magnetic signals but are easily overwritten by new events. The probability that these regions might contain useful information about early magnetic fields in the solar system is extremely low.

But Harrison took a much closer look. At the PEEM-Beamline of BESSY II, Harrison and PhD student James Bryson found dramatic variation in magnetic properties as they went through the meteorite. They saw not only regions containing large, mobile magnetic domains, but also identified an unusual region called the cloudy zone containing thousands of tiny particles of tetrataenite, a super hard magnetic material. "These tiny particles, just 50 to 100 nanometers in diameter, hold on to their magnetic signal and don't change. So it is only these very small regions of chaotic looking magnetization that contain the information we want", Bryson concludes.

The PEEM-Beamline offers X-rays with the specific energy and polarization needed to make sense of these magnetic signals. Since the absorption of the X-rays depends on the magnetization, the scientists could map the magnetic signals on the sample surface in ultrahigh resolution without changing them by the procedure. "The new technique we have developed is a way of analyzing these images to extract real information. So we can do for the first time paleomagnetic measurements of very small regions of these rocks, regions which are less than one micrometer in size. These are the highest resolution paleomagnetic measurements ever made", Harrison points out.

By spatially resolving the variations in magnetic signal across the cloudy zone, the team were able to reconstruct the history of magnetic activity on the meteorite parent body, and were even able to capture the moment when the core finished solidifying and the magnetic field shut down. These new measurements answer many open questions regarding the longevity and stability of magnetic activity on small bodies. Their observations, supported by computer simulations, demonstrate that the magnetic field was created by compositional, rather than thermal, convection - a result that changes our perspective on the way magnetic fields were generated during the early solar system and even provides a sneak preview of the fate of Earth's own magnetic field as its core continues to freeze.