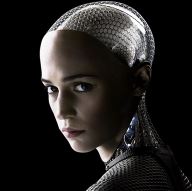 In a survey, older adults who recalled more robots portrayed in films had lower anxiety toward robots than seniors who remembered fewer robot portrayals, said S. Shyam Sundar, Distinguished Professor of Communications and co-director of the Media Effects Research Laboratory at the Human-Robot Interaction conference. The most recalled robots included robots from: Bicentennial Man; Forbidden Planet; I, Robot; Lost In Space; Star Wars; The Terminator; Transformers and Wall-E.

The scholars conducted a survey of 379 older adults -- ages 60 to 86. They were asked to list up to three films they remembered watching that featured a robot. Of the 379, 160 remembered one robot film, 129 recalled two and 90 remembered three. The participants were then asked about their opinions on and feelings toward the robots that were recalled.

The results suggest that robot anxiety may influence older adults' perception of how easy it is to operate robots and perhaps even skew their intentions of buying a robot.

There are lots of jobs that don't require a great deal of skill where employees, and some cities, nonetheless think they deserve $15 an hour. And senior health care is rampant with tales of abuse by lower quality workers who could often be replaced by robots. Finding ways to ease anxiety about robot adoption could help seniors to accept robots as caregivers.

"Increasingly, people are talking about smart homes and health care facilities and the roles robots could play to help the aging process," said Sundar. "Robots could provide everything from simple reminders -- when to take pills, for example -- to fetching water and food for people with limited mobility."

The effect seemed to hold even when older adults recalled robots that were not friendly human-like helper robots. An example of a friendly helper robot was something like C3PO from Star Wars, while the robot from Terminator was considered a threatening one.

"One of the most surprising results in general was the more robot portrayals they could recall, regardless of the robot's characteristics, actually led to more positive attitudes on robots and eventually more positive intentions to use a robot," said T. Franklin Waddell, a doctoral candidate in mass communications, who worked with Sundar. "So, it seems like the more media portrayals they can recall, the more likely their attitudes would be positive toward robots, rather than negative."

According to the researchers, people also had a more positive reaction to robots that looked more human-like and ones that evoked more sympathy, in defiance of the "uncanny valley", where people were creeped out as robots appeared more human-like.

Robot designers may want to incorporate features that remind older adults of robots in the media, according to the researchers. They should also create more human-like interfaces and ones that increase sympathy, which may ease apprehension toward the devices.