Those two pigments were soaking up most of the sunlight - the violets, indigos, blues, green, yellows and oranges - and all that filtered through the squirts was deep red light. On the underside of the squirts  was a film of photosynthesizing microbes and they turned out to be full of chlorophyll d, a rare variant of the chlorophyll molecule that absorbs near-infrared light.

By tinkering with the chlorophyll molecule, evolution had managed to contrive a version that soaks up the last bit of sunlight, adapting the bacteria to life in perpetual shade - an astonishing feat, achieved by evolutionary trial and error. 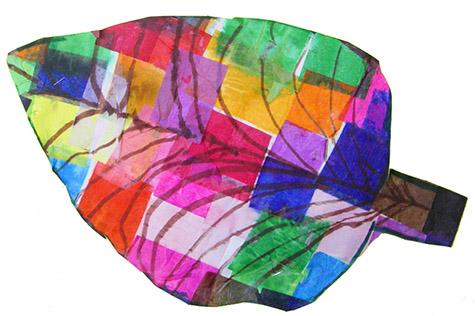 A team of three chemists who study pigments like chlorophyll aspired to a different level of mastery, understanding how the pigments work from first principles and well enough to manipulate their light absorption at will.

In a set of publications in Photochemistry and Photobiology, they described the counter-intuitive ways the chlorophyll molecule's chemical structure sometimes alters the color of light it absorbs. In two recent articles in the Journal of Physical Chemistry B, they describe how they used that knowledge to push the absorption of pigments into the less-explored territory of the far reds and near infrareds.

By making the molecules from scratch and studying their properties, "we have been able to understand at the most fundamental level why chlorophyll-like molecules have the colors they do, how nature tuned those colors, and how we can tune them for our own research purposes," said Dewey Holten, PhD, professor of chemistry in Arts&Sciences at Washington University in St. Louis, who works with Jonathan Lindsey, PhD, the Glaxo Professor of Chemistry at North Carolina State University and David Bocian, PhD, distinguished professor of chemistry at the University of California-Riverside.

Solving the mystery of chlorophylls a and b

The pigments that make grass green and some bacteria purple all have rings of carbon (and nitrogen) atoms alternately linked by single or double bonds.

The alternating bonds create what is called a conjugated system, where the outermost electrons on the atoms are delocalized and inhabit orbitals (regions of electron density) that are associated with the molecule as a whole rather than with individual atoms.

A photon with just the right amount of energy (color) will promote one or more electrons to higher energy molecular orbitals. The energy difference between the molecular states, which is related to the energy spacing between the orbitals involved, determines the color of light absorbed.

Which color this is depends on the structure of the ring, but also on the chemical groups attached to it. These groups, called substituents, change the symmetry, electron-density shapes and energies of the molecular orbitals. In the case of the chlorophylls, one of the most important substituents for tuning color is a formyl group (HC=O).

To find out, Lindsey synthesized many different versions of chlorophylls from simple to more complex. This menagerie of molecules included ones that had a formyl group at the key third and seventh carbons together with a parent bearing no substituents at all. He then shipped these synthetic molecules to Bocian's and Holten's labs for analysis using spectroscopic and theoretical methods.

"One of the first things we did was molecular-orbital calculations in which we walked the formyl group around the ring, attaching it to each of the carbons in succession to see what would happen to the molecular orbitals," Bocian said.

When light absorption promotes electrons among these orbitals, it causes a net change in electron density along either the x or y molecular axes, or both. "Four possible electron promotions should give four absorption bands, although the extent of mixing between them also influences the spectra," Holten said. The two absorption bands in the violet/blue region of the spectrum are called By and Bx, a weak band in the green-yellow region is called Qx and the last band, in the red or near infrared, is called Qy.

Bocian's calculations showed that the formyl on the seventh carbon of chlorophyll b draws electrons away from the core of the molecule along the molecular x axis. "It's off-axis," Bocian said. "It pulls on the orbitals in a way that weakens the Qy absorbance and shifts it to shorter wavelengths."

The work was published in the online edition of Photochemistry and Photobiology on January 12, 2015. "That one paper is the culmination of a decade of work by our three groups to understand the interplay of the nature of the conjugated group and its position," Lindsey said.

Having learned as much as they could about the native pigments, the group set out to design new pigments that would absorb parts of the spectrum less utilized or untouched by the native chlorophylls of plants or the bacteriochlorophylls used by photosynthetic bacteria.

The work on the new pigments, called chlorin-imides, was published online in the Journal of Physical Chemistry B on January 14, 2015.

Next they tried to push the absorption wavelengths of the bacteriochlorins as far into the near infrared as they could. "To do so we put as much conjugation as we could along the y axis," Lindsey said. Some of the resulting molecules, called bacteriochlorin-bismides, had peak absorption at about 900 nanometers, far deeper in the near-infrared part of the spectrum than the native bacteriochlorins.

To test their theory, they also put conjugated groups on the x axis. To their delight, the absorption of these molecules shifted to shorter wavelengths.

"That's the same thing chlorophyll b does," Lindsey said. "It puts the conjugated group on the x axis. So there's a scientific commonality that is very gratifying."

These results were published in Journal of Physical Chemistry B on March 13, 2015.

"It's been a long time coming," the chemists said. But they are satisfied they have the problem in hand.

"If you give us a chemical structure of a chlorophyll-like or bacteriochlorophyll-like molecule," Holten said, "we can pop it into Gouterman's four-orbital model and tell you which colors of light it will absorb.

"Or, flip it the other way," he said. "If you come to us and say we'd like to have a molecule of this type that is going to absorb a narrow band of light centered on some particular red or near-infrared wavelength, say 750 nanometers, we could tell you how to synthesize one that will give the spectrum you want."

Bocian, Holten and Lindsey note that the research has been anchored over the years by colleagues Masa Taniguchi, PhD, research professor of chemistry at North Carolina State University; James Diers, PhD, research scientist at the University of California-Riverside; and Christine Kirmaier, PhD, research professor of chemistry in Arts & Sciences at Washington University. The findings represent their work and that of dozens of postdoctoral, graduate and undergraduate students. The research has been supported by the U.S. Department of Energy (Office of Science, Office of Basic Energy Sciences, Chemical Sciences, Geosciences and Biosciences Division).
News Articles
More Articles All Articles
About