We have a biological mandate to try and ride out food booms and busts by consuming as many calories as we can, when we can. Rich people can take that out of their hands by paying for people to tell them to exercise and what not to eat and so they won't get gout like they once did. Poor people, with less disposable income, will shop for calorically-dense foods.

It isn't just the food that was once unhealthy. Anti-science environmentalists can trump up controversy about BPA, but they have the luxury of being able to raise money demonizing things they know are not really life-threatening. In the Middle Ages, it was nothing like we see in period dramas. Yes, the rich ate from beautiful, colored glazed cups and plates, but the glazing was made of lead, which found its way into the body if you ate acidic foods.  Imagine the field day Senator Chuck Schumer would have if there were real lead to worry about, and not just old analyses of theater paint to scare mothers during Halloween.

Chemical investigations of skeletons from cemeteries in Denmark and Germany showed that being rich was more likely to kill you, because the poor could not afford toxic heavy metal lead.

A series of chemical and anthropological analyzes of 207 skeletons from six cemeteries in northern Germany and Denmark in the Journal of Archaeological Science: Reports found a big difference in how much lead the individuals from the cemeteries had in their bodies. It depended on whether they lived in the country or in a town. There was almost no lead in the bones from rural individuals, while the levels of this toxic metal were high in urban individuals.

In the Middle Ages wealthy Danes and Germans mainly lived in towns, while the rural population was generally poorer and more isolated. The wealthy could afford to eat and drink of glazed pottery, and this was the main source of lead poisoning. 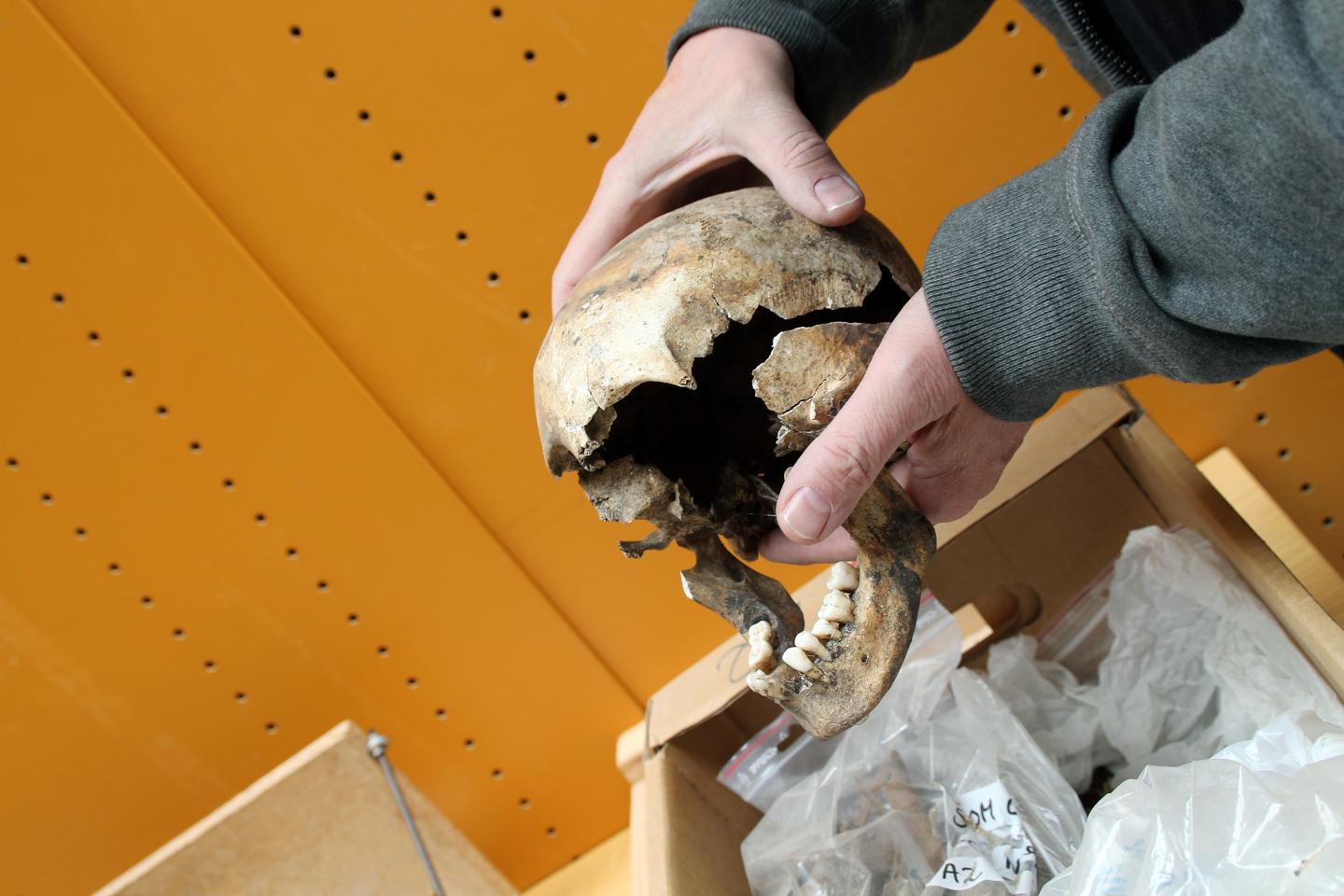 If the mercury and lead didn't kill you, maybe sex would. This skull is skull of a young girl with syphilis. Credit: Birgitte Svennevig/SDU

"In those days lead oxide was used to glaze pottery. It was practical to clean the plates and looked beautiful, so it was understandably in high demand. But when they kept salty and acidic foods in glazed pots, the surface of the glaze would dissolve and the lead would leak into the food", says Associate Professor Kaare Lund Rasmussen, Department of Physics and Chemistry, University of Southern Denmark (SDU).

In the country, glazed pottery was seemingly used more rarely. And even if you had the money, it would have been more difficult to get by. Instead, the country people used unglazed pottery and thus unknowingly saved themselves from exposure to the toxic lead.

Glazed pottery was not the only source of lead in the towns. Lead was also present in coins, stained glass windows and lead tiles on the roofs of important buildings. Drinkingwater was often collected from the roof, and this may also have been an important source of lead.

The cemeteries in Rathaus Markt in Schleswig (Germany) and Ole Worms Gade in Horsens (Denmark) are both situated on the coast and people buried here were from medieval towns that were more wealthy and more in contact with the outside world than most rural population .The rural population was represented by cemeteries in St. Clements outside of Schleswig (Germany), Tirup outside of Horsens (Denmark), Nybøl in Jutland (Denmark) and St. Alberts Chapel on the island of Ærø (Denmark).

"The exposure was higher and more dangerous in the urban communities, but lead was not completely unknown in the country. We saw that 30 pct. of the rural individuals had been in contact with lead -- although much less than the townspeople."

The research team also tested the skeletons for their content of mercury. Mercury was used to prepare the color cinnabar, for gilding and as medicine against leprosy and syphilis.

The results of the measurements show that the urban population was more exposed to mercury than the rural population. Mercury was administered to treat especially leprosy, which almost half of the individuals in the study suffered from.

However the study reveals a difference in how effective the treatment was in the towns.

"Maybe they had more expertise in mercury treatments in Schleswig than in Horsens", says Rasmussen.