A diet of junk food not only makes rats fat, but also reduces their appetite for novel foods, a preference that normally drives them to seek a balanced diet, according to a study in Frontiers in Psychology which helps to explain how excessive consumption of junk food can change behavior, weaken self-control and lead to overeating and obesity.

The World Health Organization estimates that over 10% of the world's adult population is obese and at least 2.8 million people die each year as a result of being overweight or obesity. Overweight and obesity are major risk factors for a number of chronic diseases, including diabetes, cardiovascular diseases and cancer. 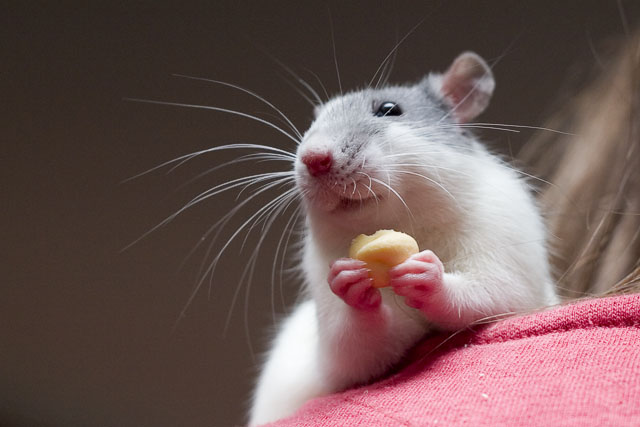 To see how such changes in diet work, a team of researchers, led by Professor Margaret Morris, Head of Pharmacology from the School of Medical Sciences at UNSW Australia, taught young male rats to associate each of two different sound cues with a particular flavor of sugar water – cherry and grape.

Healthy rats, raised on a healthy diet, stopped responding to cues linked to a flavor in which they have recently overindulged. This inborn mechanism, widespread in animals, protects against overeating and promotes a healthy, balanced diet.

But after 2 weeks on a diet that included daily access to cafeteria foods, including pie, dumplings, cookies, and cake – with 150% more calories – the rats' weight increased by 10% and their behavior changed dramatically. They became indifferent in their food choices and no longer avoided the sound advertising the overfamiliar taste. This indicated that they had lost their natural preference for novelty. The change even lasted for some time after the rats returned to a healthy diet.

The researchers think that a junk diet causes lasting changes in the reward circuit parts of the rats' brain, for example, the orbitofrontal cortex, an area of the brain responsible for decision-making. They say these results may have implications for people's ability to limit their intake of certain kinds of foods, because the brain's reward circuitry is similar in all mammals.

"The interesting thing about this finding is that if the same thing happens in humans, eating junk food may change our responses to signals associated with food rewards," says UNSW Professor Morris. "It's like you've just had ice cream for lunch, yet you still go and eat more when you hear the ice cream van come by".

"As the global obesity epidemic intensifies, advertisements may have a greater effect on people who are overweight and make snacks like chocolate bars harder to resist,” adds Dr. Amy Reichelt, lead author of the paper and UNSW post-doctoral associate.