The NASA satellites, Tropical Rainfall Measuring Mission (TRMM) and Terra, have provided data on clouds, rainfall and the diameter of the eye of Super Typhoon Vongfong as it turned north in the Northwestern Pacific Ocean.

Typhoon Vongfong formed on October 2nd, 2014 in the southeast of Guam. Typhoon Phanfone, that recently pummeled Japan, formed near the same area in the western Pacific Ocean. 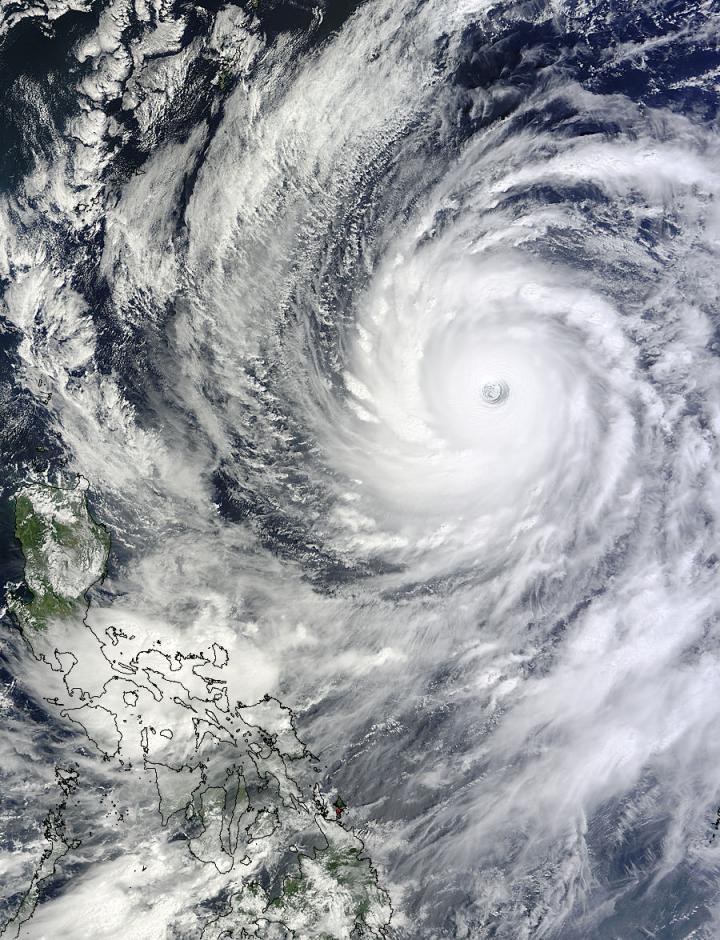 It was centered about 510 nautical miles (586 miles/944.5 kph) south-southeast of Kadena Air Base, Okinawa, Japan. Vongfong was moving to the north at 7 knots (8 mph/13 kph). It was creating extremely rough seas in the Philippine Sea, with wave heights to 50 feet (15.2 meters).

According to the U.S. Kadena Airbase, on Oct. 8, a combined Japanese-U.S. Air Force rescue team recovered the body of the third Airman who had been swept out to sea on Oct. 5 from Typhoon Phanfone.

The Joint Typhoon Warning Center predicts that Vongfong is predicted to weaken slightly while moving toward the islands of southern Japan.